DIEGO MARADONA'S iconic pre-match ball-jugging routine will be replicated for years to come.

The incredible clip has been doing the rounds on social media following the Argentine legend's death. 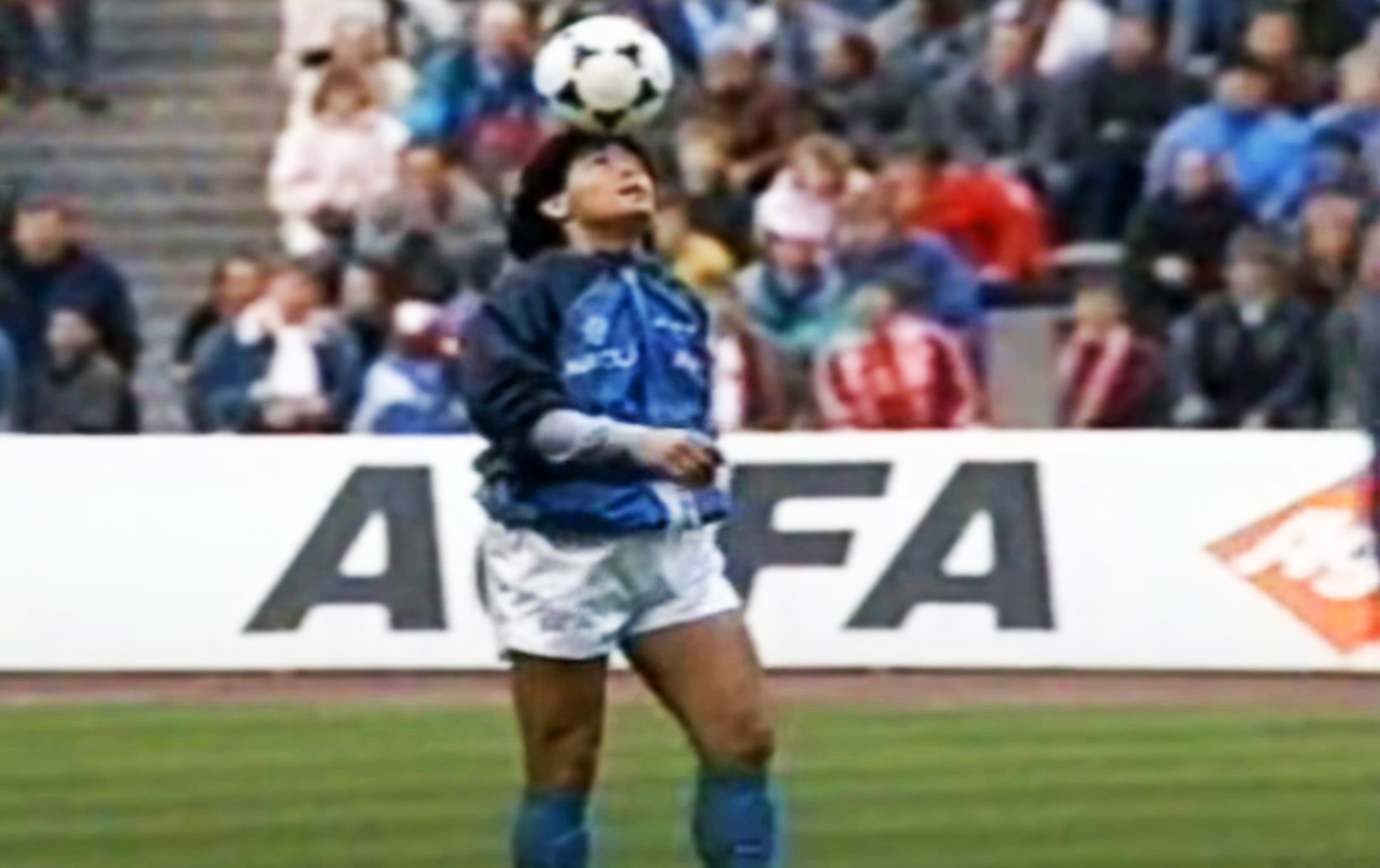 Maradona passed away at his home on Wednesday after suffering a heart attack.

Tributes have poured in from the likes of Pele, Cristiano Ronaldo and Lionel Messi.

During his club career, he scored 259 goals in just 491 matches.

As well as guiding Argentina to World Cup glory in 1986, he scored 34 goals in 91 games for his country.

But it was what he did before matches that sometimes proved to be the most special.

And his warm-up before Napoli's second-leg Uefa Cup semi-final against Bayern Munich in 1989 is the best of the bunch.

Maradona's pre-match ritual left his rivals quaking in their boots ahead of kick-off.

Footage shows the Argentina ace shaking out his stiff limbs before effortlessly keeping the ball in the air with his knees. 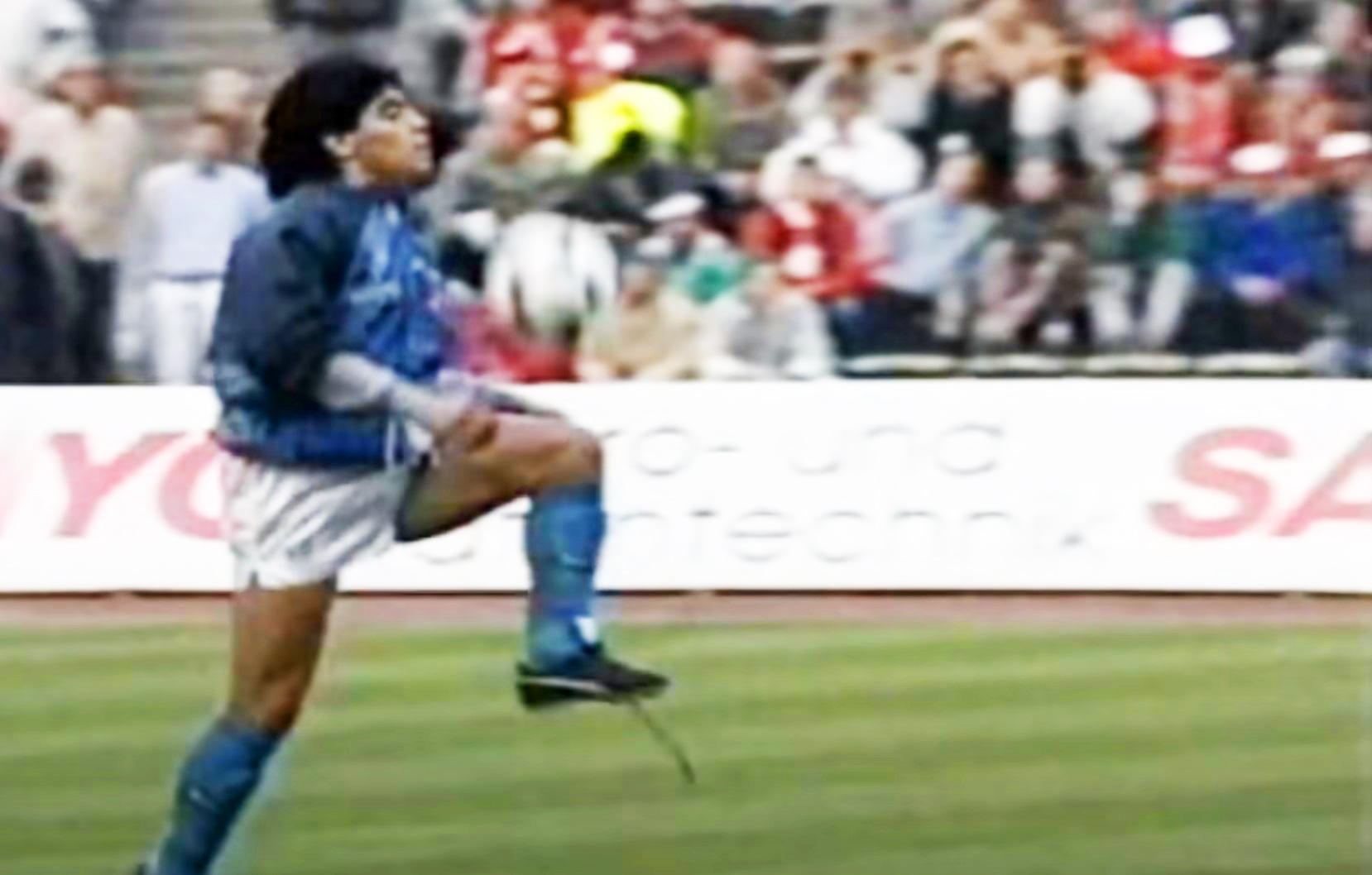 He then casually balances the ball on his forehead as he strolls across the pitch.

After a few more kick-ups, the ex-Barcelona star flicks the ball off his shoulder several times and onto his head.

To make it even more impressive, he didn't have his shoe laces tied up during it.

Maradona is widely regarded as one of the greatest football players of all time.

The last known photograph of the 60-year-old shows him smiling in his hospital bed. 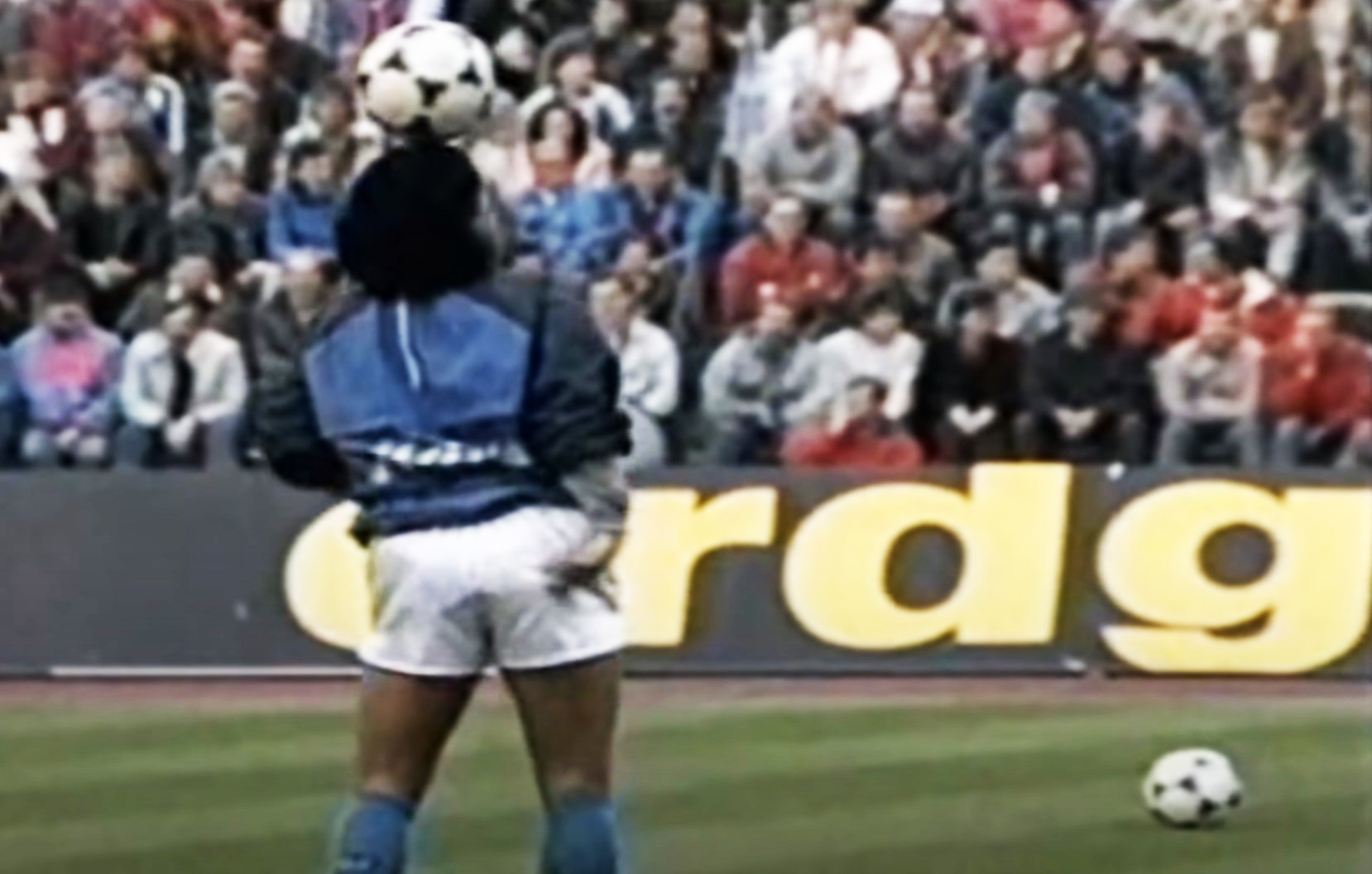 And he once turned out for Tottenham.

Maradona himself dubbed his infamous 1986 goal the 'hand of god' – as he lunged forward and knocked the ball into the back of England's net in a clear handball.

One of the most gifted football players in history, Maradona's pinnacle of glory came when he captained Argentina to win the World Cup in 1986.