DANIEL DUBOIS got a reassuring embrace from his dad as Joe Joyce joined those accusing his British heavyweight rival of "quitting".

Dubois Senior Dave hugged his devastated son behind the scenes after he took a knee in the tenth round and was counted out. 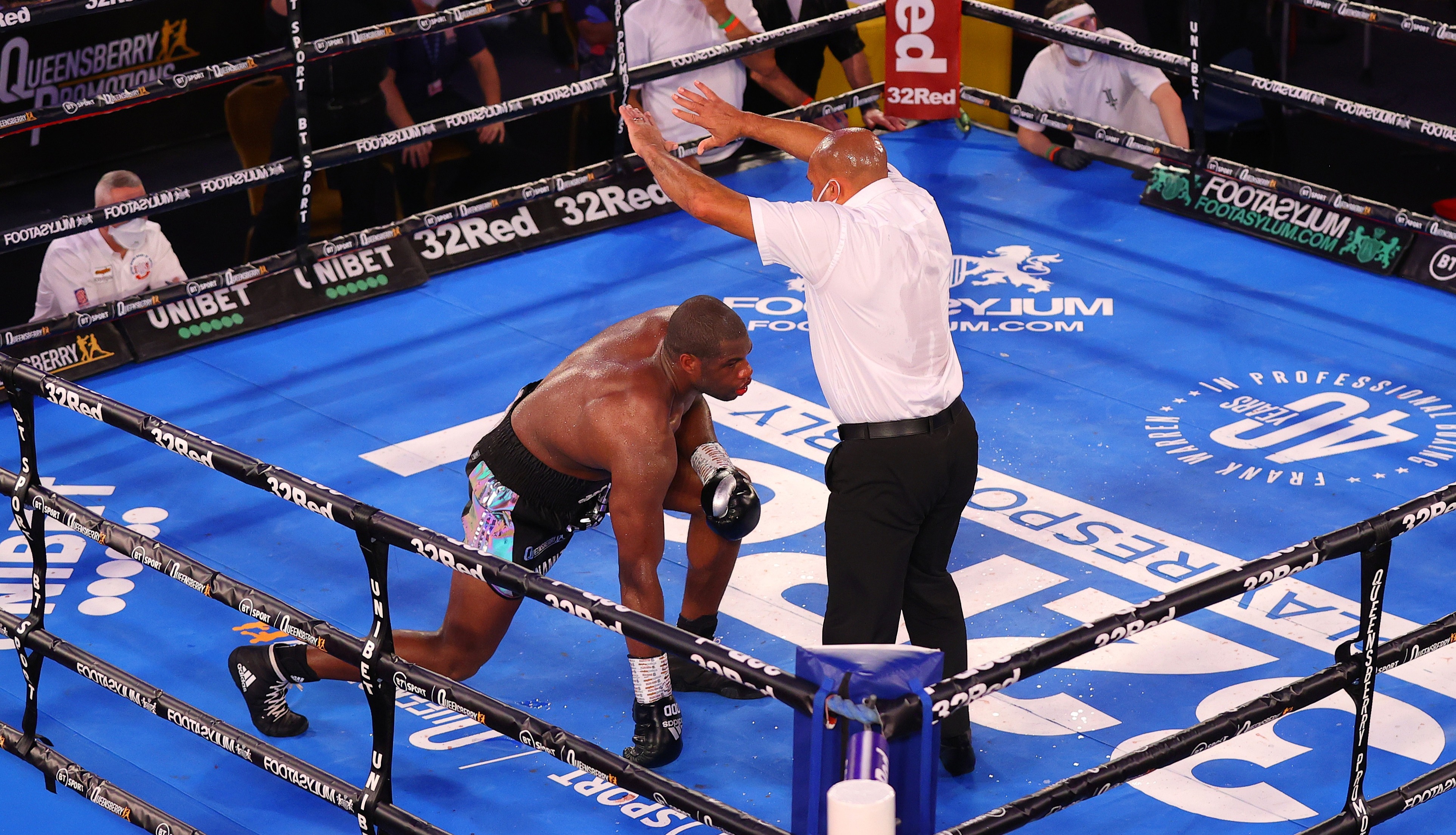 But Olympic silver medallist Joyce, 35, who has won all his 12 pro fights, said:  "Yeah, he definitely quit, but it was good– I mean, it saved his eye.

"His eye was busted up, I hear he broke the socket or something?

"And he broke his heart. He's young, he can come again."

Dubois, 23, went to hospital straight after his shock loss amid fears of nerve damage or a broken eye bone.

Fellow heavyweight Dillian Whyte even labelled him a "coward".

"They were saying they wanna fight me and they were gonna knock me out.

"One thing with me, no quit, straight warrior. If I'm losing, I'm getting knocked out." 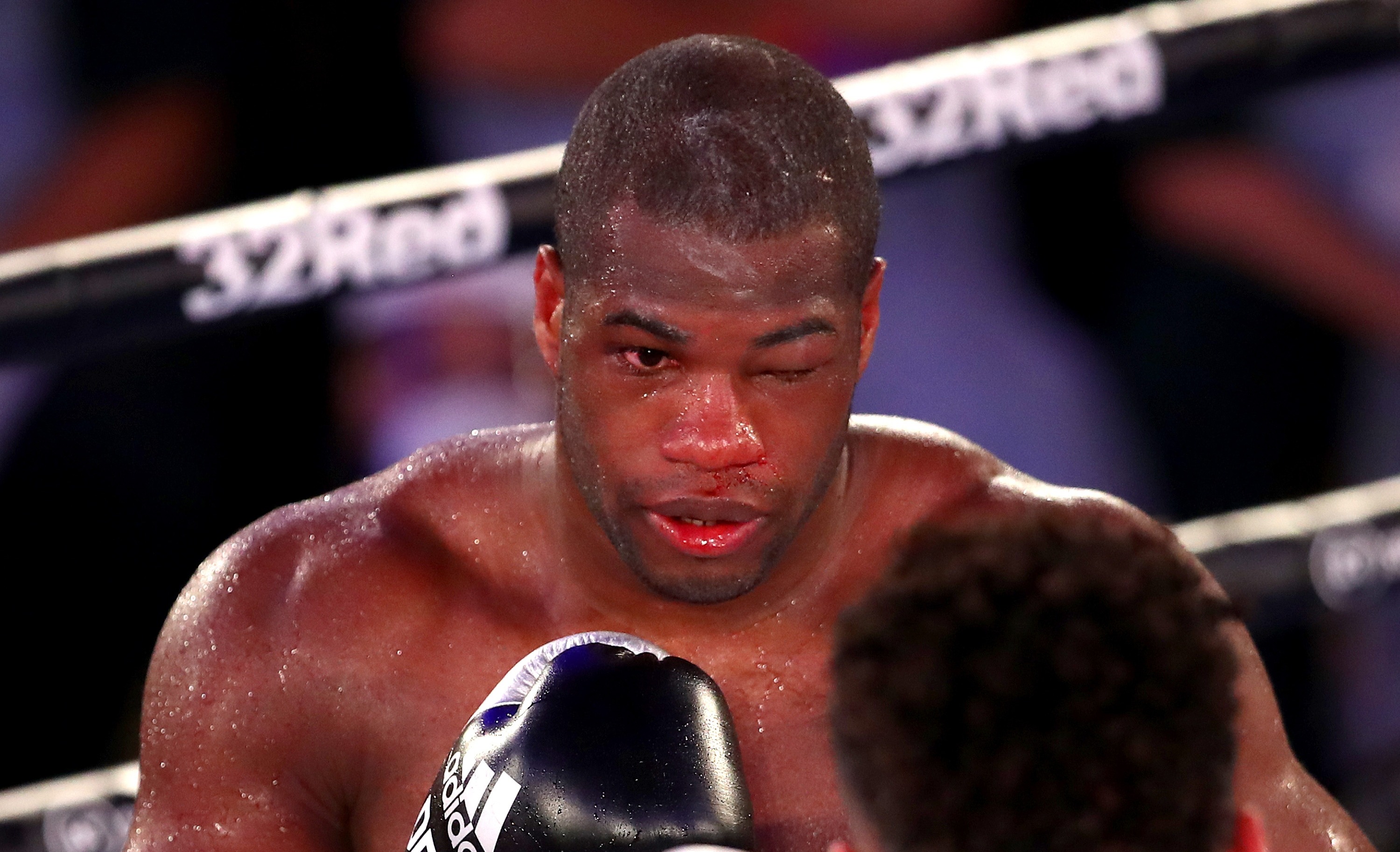 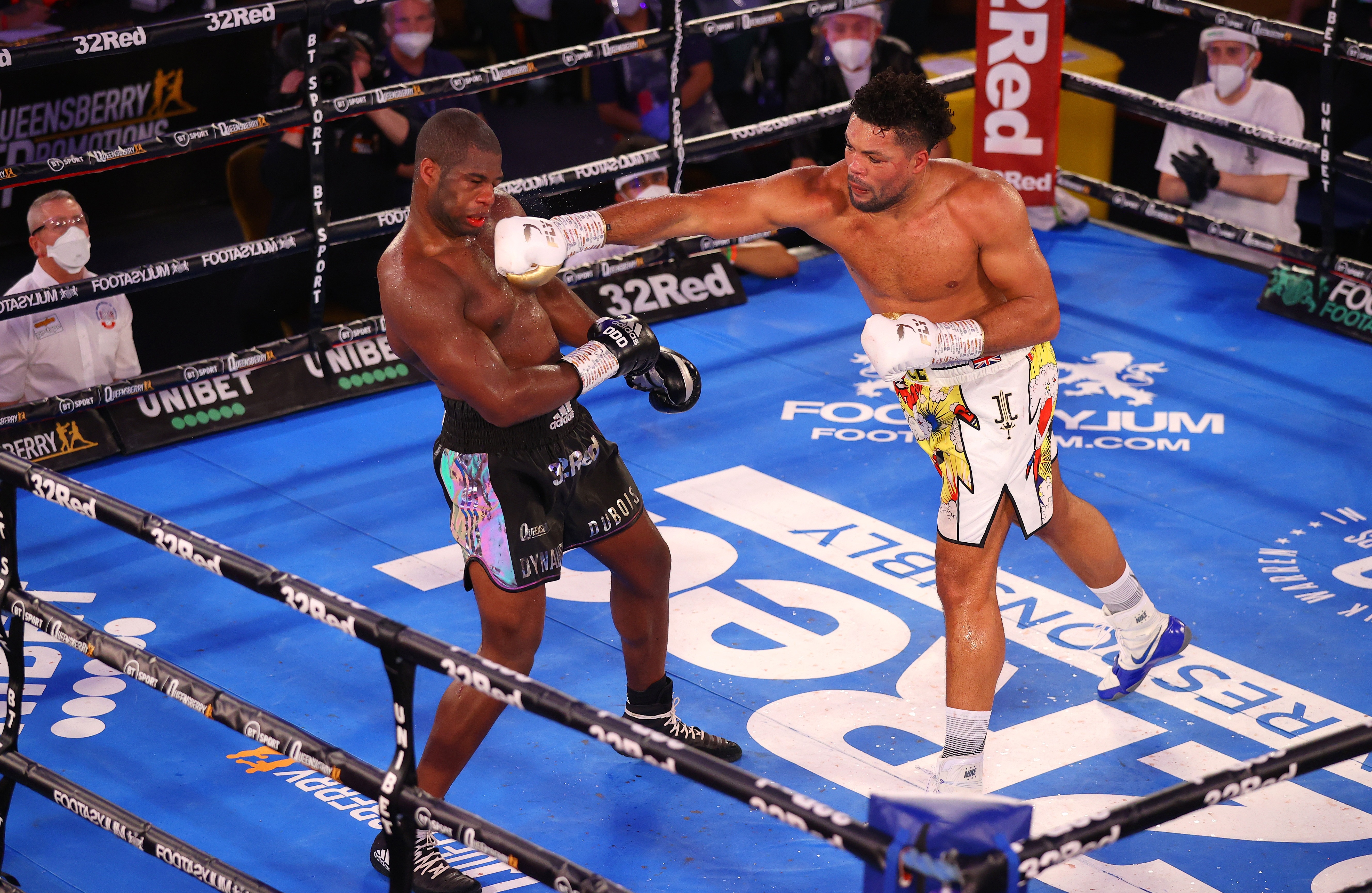 And former world champ David Haye said: "I was very unhappy with the way he took a knee. I'd rather get knocked spark out."

And another former world champion, Carl Frampton, told BT Sport: "I think that we all like Dubois.

"But if it's someone we didn't like we'd say he's a quitter. I think he quit – I have to be brutally honest.

"His eye was a mess, his eye was closed but I get dragged out of the ring. I wouldn't take a knee and get pulled out."

Dubois himself promised to revive his long-term world title dream despite his first defeat in 16 fights.

He said: "He caught me with another jab to the eye. I could hardly see out of it. I can't explain it.

"I'm a tough guy and I will come again."