LEWIS HAMILTON kept his cool in remarkable fashion as he drove to British Grand Prix victory on three wheels.

Footage from on-board the world championship leader's Mercedes shows the moment his front-left tyre burst on the final lap.

Hamilton's car is, at first, a picture of tranquility around the empty Silverstone while others fell away in the demanding race.

The driver confirms the message before the news of Bottas' nightmare, dropping the Finn from second to 11th, is relayed to him.

As Hamilton pulls around Luffield, his front-left bursts and he checks in: "Think something has happened to my left tyre also."

From then on, the six-time world champ is fully concentrated as he masterfully guides the car home while Bono keeps him updated on Max Verstappen's pursuit.

That is the most dramatic ending to a race I remember having.

Having overtaken Bottas, the Red Bull ace pitted and found himself having to close a gap of over 30 seconds in just half a lap.

Crossing the line with just 5.8 seconds spare, Hamilton didn't spot the chequered flag and quickly asked to confirm his victory.

Such is Hamilton's confidence in piloting the F1 three-wheeler, he decides against Bono's calls to stop the car on track and gently rides back to the pits.

The victory bumped the Mercedes man's lead at the top of the championship up to a healthy 30 points.

He said afterwards: “That is the most dramatic ending to a race I remember having. 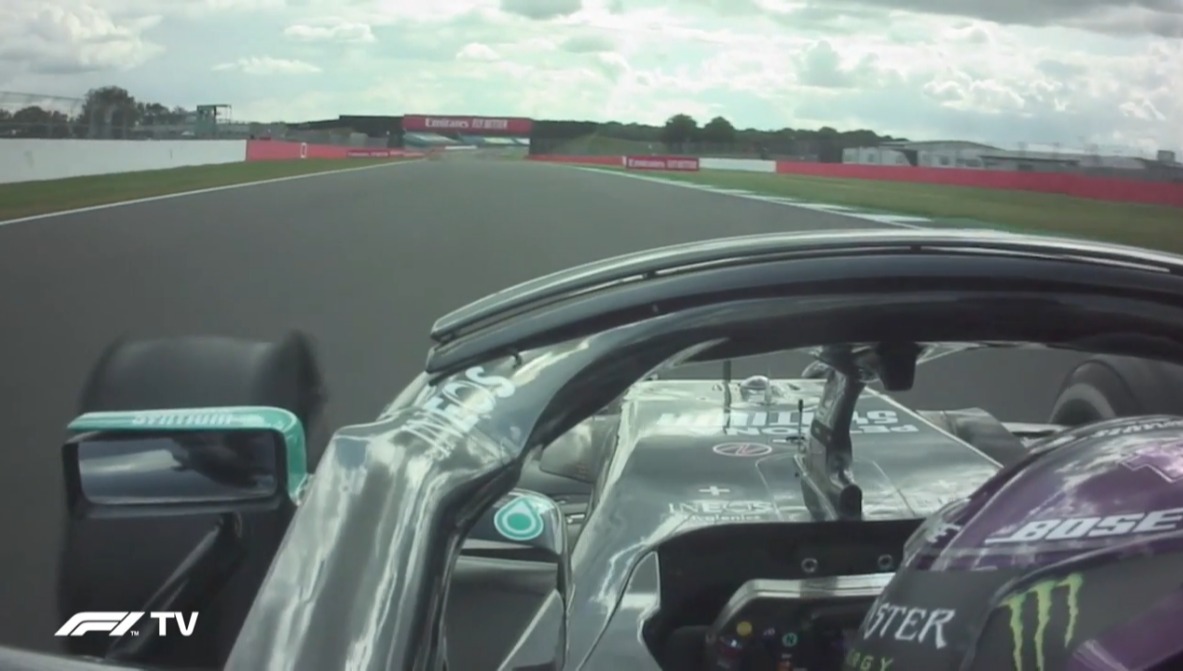 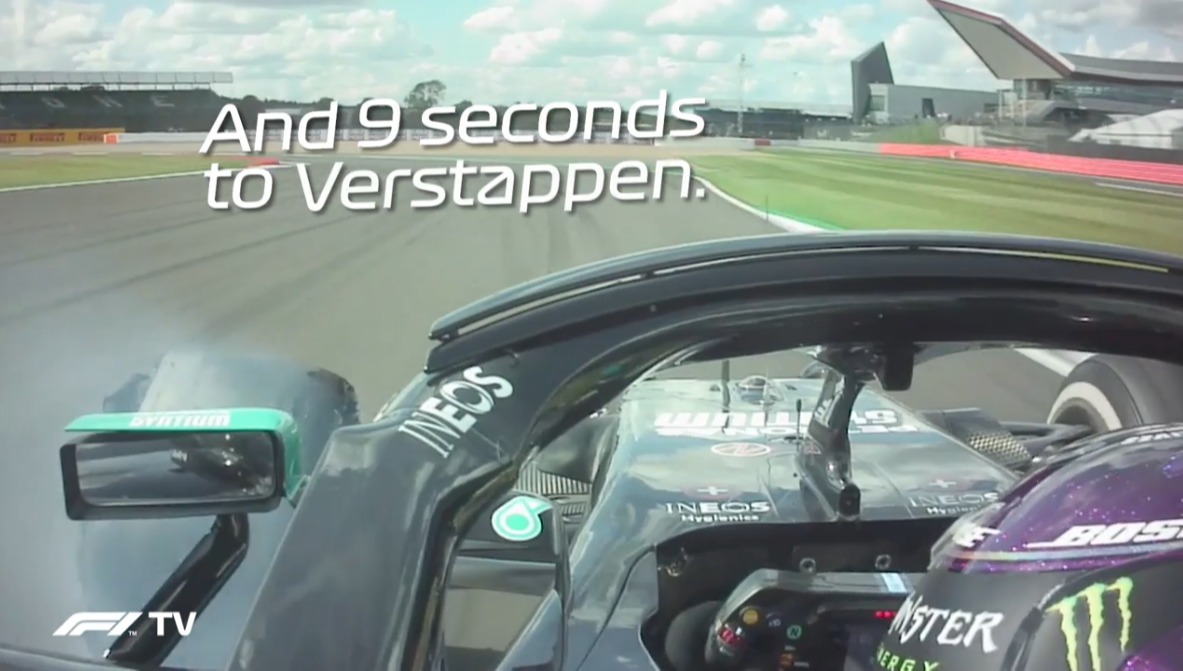 “It was heated, a real challenge. I was super cool during the whole experience.

"I guess it hadn’t really sunk in, then afterwards it started to dawn on me what I had just faced so I had a delayed reaction.

“There was the race in Formula Renault where the rear suspension had snapped, I remember driving through the corners with one wheel in the air.

"I still managed to win just, I don’t know how. It was similar today but it was much more extreme." 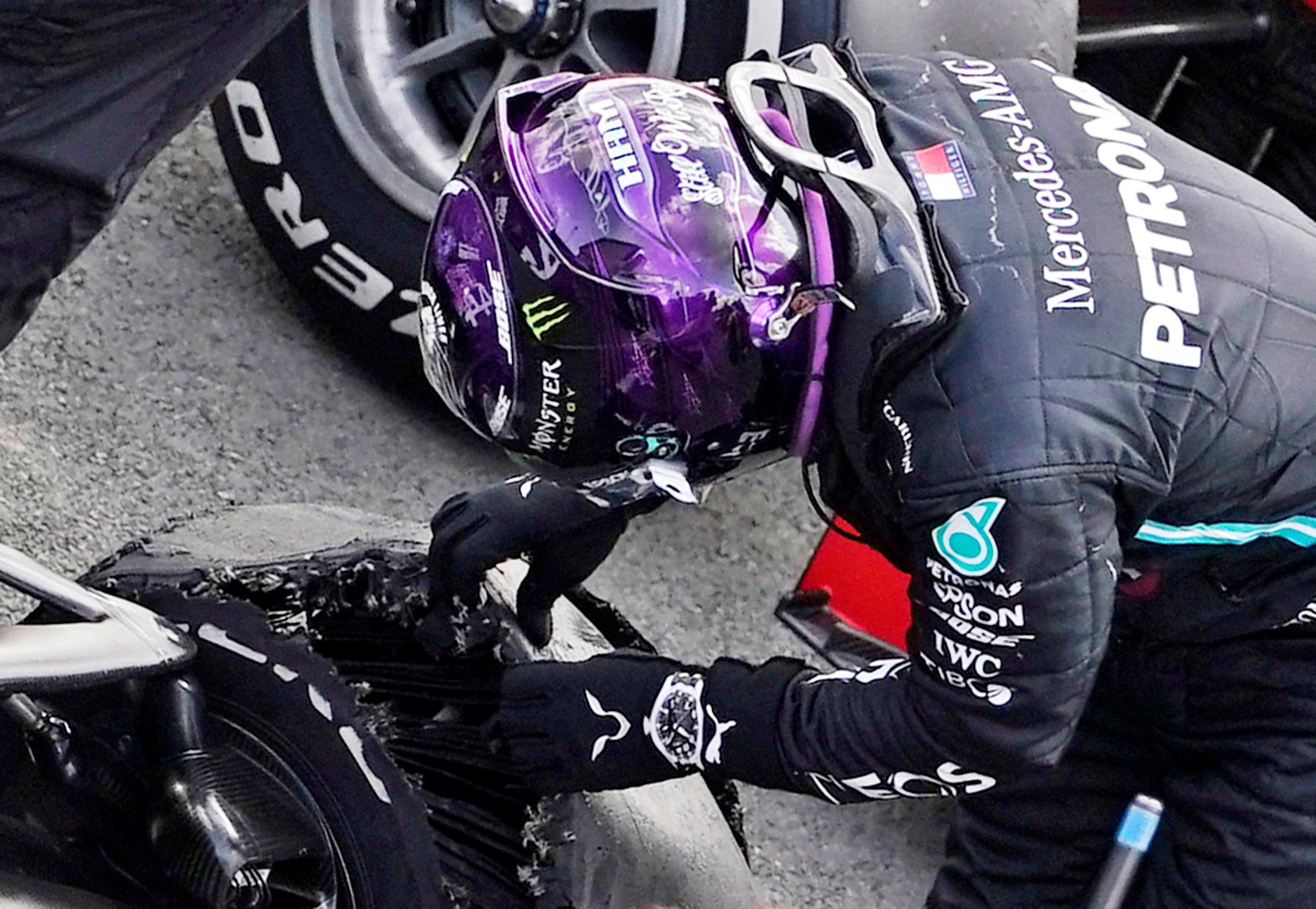 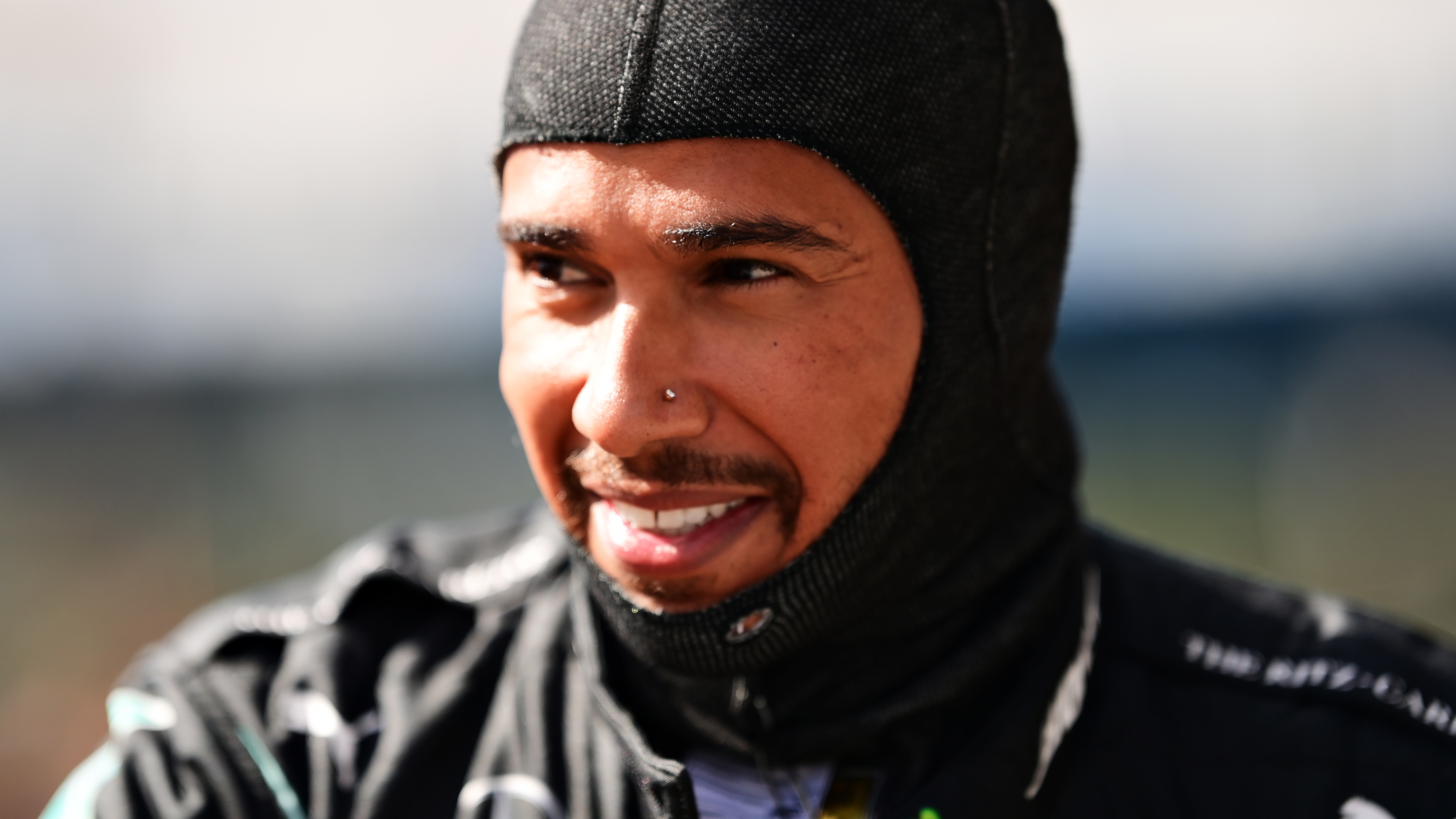 Meanwhile, the recriminations have begun at Pirelli with three cars experiencing failures late in the race.

The tyre manufacturer has vowed to investigate with most teams pitting for the hard tyres on lap 12 after Daniil Kvyat's crash – slightly earlier than expected for optimum strategy.

Pirelli's F1 boss Mario Isola pondered: “It could be high wear, because for sure tyres with 38 laps or more on this circuit are quite worn, but I'm not saying that the wear is the cause of the issue.

“It can be debris, because we had the pieces of the front wing of Kimi that were on track, but also some other debris.”