Home » Lifestyle » We remember memories 'due to the oscillation of brainwaves'

We remember memories 'due to the oscillation of brainwaves'

The science of the penny dropping: Scientists discover memory recall and formation happens at specific times ‘due to the oscillation of brainwaves’

The formation and retrieval of memories in the brain is a phenomenon which is scarcely understood, principally due to the complexity of the human mind.

However, scientists now think they know how humans learn and store these moments in their memory bank.

According to a team of researchers from the University of Birmingham, it is due to a specific form of brainwave, known as a theta wave.

These are produced by the hippocampus — which is involved in the regulation of motivation, emotion and memory — and pulsate at three times a second.

Scientists found that oscillation of these low-frequency brainwaves is directly correlated with when people remember something, or when the penny drops. 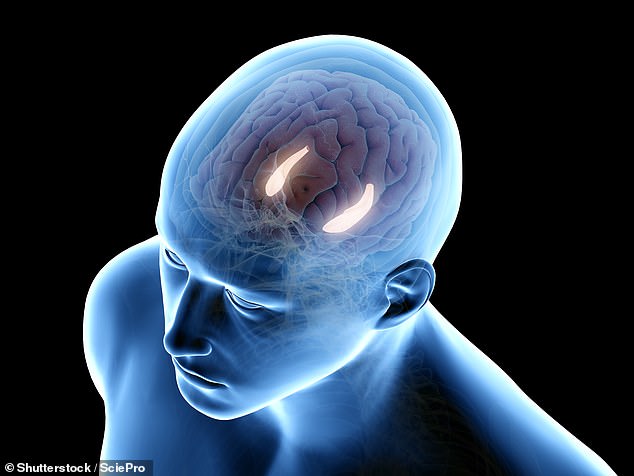 According to a team of researchers from the University of Birmingham, memory recall and formation occurs due to the a specific brainwave, called theta waves. They are produced by the hippocampus (pictured) — which is involved in the regulation of motivation, emotion and memory — and pulsate at three times a second

A new study involved epilepsy patients who have electrodes implanted in their brain as part of their ongoing treatment.

Scientists from the University of Birmingham asked them to take part in some experiments, and gathered data via the electrodes.

Patients were shown a series of pictures and words, all of which were unrelated. The participants were told that one word was linked to a specific image.

What the researchers saw was that theta waves were produced during the initial learning phase only when a person later gave the correct answer upon testing.

This, they say, shows that theta waves are only produced when a person is learning efficiently and the fact theta waves were only found in instances of successful learning indicates they are necessary for forging memories.

Next, the researchers performed a similar task with people who did not have electrodes implanted in their brain. They were tasked with learning similar associations between unrelated words and images.

Then, they were given a button to press and one of the images popped up on the screen. When they remembered the word, they pressed the button.

By analysing the data from hundreds of individual tests, the researchers found that for the correct answers there was a pattern as to when people clicked the button.

Stress lives in the hippocampus region of the human brain

Scientists have identified where stress resides in the human brain for the first time.

Brain-scanning was used to track the source of psychological stress induced by a series of evocative images shown to 30 volunteers.

It found the origin of stress came from a region called the hippocampus, which is heavily involved in the regulation of motivation, emotion and memory.

Participants were forced to look at troubling images, such as a snarling dog, mutilated faces or filthy toilets, to illicit an innate reaction.

These images were interspersed with calming photos, such as natural scenes. For each image, the participant graded the level of stress triggered by the photo.

Functional MRI (fMRI) scanning saw, in real time, how this psychological strain was processed in the brain.

It revealed that neural connections started in the hippocampus, deep in the brain, and emanated throughout the organ.

There are three points every second where most people recalled the information.

These clusters were not seen when a person said the wrong answer.

Dr Maria Wimber told New Scientist: ‘You can see an oscillation. Memories were more likely to pop into mind at regular intervals after the reminder, and not in between.’

The reliable rhythm observed is believed to be from the theta waves, reverberating around the hippocampus and extracting the correct memory implanted there earlier when other theta waves helped a person learn the link between a word and a picture.

For example, previous unrelated research has found retention of information of a film is improved when the sound and screen pulsate in harmony several times a second.

It is hoped that the knowledge of this regular pulsing used by the brain to form and recall memories could help people suffering from cognitive diseases that cause memory loss, such as Alzheimer’s.

This may be down to synchronising with the theta waves and therefore improving the formation of memories.

Researchers hope that the same method could be used to help Alzheimer’s patients learn the name of a new carer.

Some preliminary success has been seen in a lab setting, but it remains uncertain how well this will translate to the real world.

The research was presented at the Cognitive Neuroscience Society meeting held online this month.