Home » Lifestyle » We're all in the Matrix, we need to talk about what it’s doing to our minds

We're all in the Matrix, we need to talk about what it’s doing to our minds 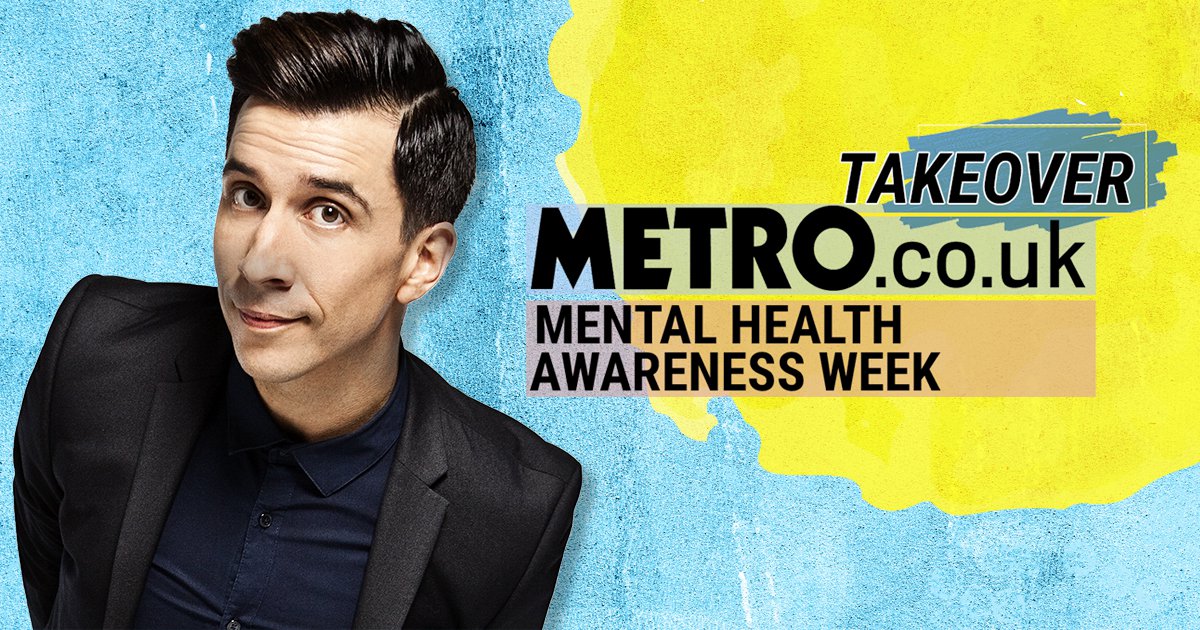 Probably on a small slab of metal and glass cradled lovingly in your palm.

And for the last year and a half our lives have become almost 100% tech. I feel this in a massive way, because I tend to live a very analogue life.

I don’t know if you remember, but there are things called theatres. They’re quite big buildings with seats in a row and you arrive through a door and you leave through a door.

Generally, you’d sit on a seat and there’s a thing at one end called a stage where someone stands.

They were invented way back, even before MySpace, but since they become extinct after someone ate a bat in China, I’ve had to move my whole life online.

Comedy has become digitized. I’ve gone into the Matrix. My gigs are on Zoom, my rants are blogs and I’ve found my life totally controlled and soaked in in tech.

So when Metro.co.uk asked me, as an ambassador of the mental health charity Rethink, to become the guest tech editor for Mental Health Awareness Week, it seemed like something I could take a crack at. I mean, why not?

The work that Rethink does extends much further beyond just increasing awareness of mental health. They also work towards fair treatment and maximum quality of life for carers, family and friends of those dealing with mental illness. They help tens of thousands of people each year realise they don’t have to face their fears about mental health alone.

They’ve got an advice service and online resources that anyone can use. In a world when many of us just talk the talk about recognising mental health, these guys are lacing up and walking the walk.

Now, I love social media. I love the way it can enhance and change culture and comedy. I’m interested in how humour and memes can transmit through it. I’m not talking about someone doing a funny face with an aubergine going in their mouth, but memes in the Dawkins way. Cultural assets that become created and transmitted and how technology helps that.

But there’s more, there’s the other side of it as well.

People can be isolated, left adrift by technology or (perhaps even worse) targeted by the negative sides of it.

Don’t act like you don’t know what I’m talking about: that feeling that you’re hooked and scrolling endlessly.

And hey, I’m the first to admit – I’ve felt this myself. There have been times when I’m guilty of syphoning myself off from actual human contact to take a quick hit from my phone. I mean, sometimes if I can’t touch the thing on the bloody duvet next to me before I fall asleep I turn into that meme of a cat chasing a laser pen until I find it again.

Seriously, in my house we tried to ban phones from being used anywhere upstairs just to try and get a handle on it.

And in this whole conversation that we’re all having after the last year, there needs to be thought given to how those two sides of technology are affecting mental health.

I read a book recently, by an amazingly talented anthropologist called Susan Pinker who’s been studying the neurological and cardiological benefit of human connection.

Let’s say you took three mates, sat in a pub together, would it be different to the same three mates having a video call? Same words, same facial expressions, same banter in the same way?

It is different. There’s an animal-like connection that’s been lost.

And that’s what a lot of people, more than at any time since World War 2, have felt like this year.

Tech is great, but real life human connection is irreplaceable.

I mean, while we’re at it, why do these people living in Okinawa or on a little Sardinian hillside somewhere live to be 100? It’s probably not because they’re smashing it out the park with their Instagram game.

They’re not sitting there, swiping mindlessly and comparing lives, bodies or bank accounts to some ‘influencer’ a thousand miles away.

And yet these are the troubles that plague us as we let more and more tech into our lives.

Our brains are trying to come to terms with it all and that’s the maelstrom of technology and mental health.

And even if it only moves the needle a fraction in the right direction, it’ll be worth it.