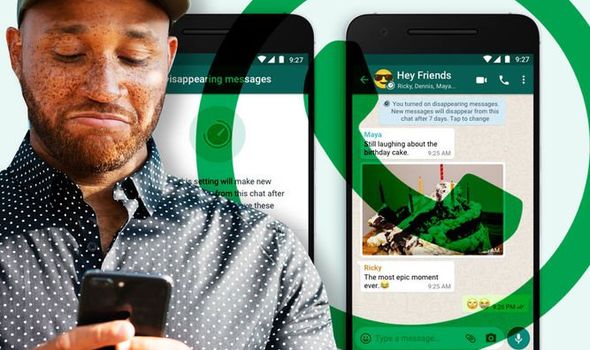 It’s been a very busy week for WhatsApp with the chat app releasing two blockbuster updates to its billions of users. First came the news that the Facebook-owned firm is making it easier to rid devices of unwanted files and photos via a new storage setting. This allows users to find and remove content that could be filling up their phone’s precious memory.

WhatsApp says it has completely redesigned the storage management tool to make it more useful for people to easily identify, review and bulk delete content that may be eating up their phone’s storage.

There’s easy cleanup suggestions which bucket both large files and media that has been forwarded many times plus you can now sort files by size in descending order.

WhatsApp has even included a way to preview files before deleting them so you shouldn’t remove anything by mistake. You can also see a preview of media before selecting one or multiple items to delete.

Just as we were digesting that news, WhatsApp then announced that it was launching the much talked about disappearing messages option. This update will arrive on phones in the coming weeks and allows users to send a message which will then self destruct after 7 days.

Explaining more about this feature WhatsApp said: “Disappearing messages helps to keep chats private and more like a face to face conversation that is not recorded for all time. It will allow people to speak more freely and feel more comfortable being their full selves.

“This update will also help users better manage their storage as we know that removing messages from the chat can help save storage and make chats cleaner.”

Improved storage and the disappearing messages option will both be welcomed by users but there’s been no mention of a feature that many are desperate to see.

Over the past month, there’s been plenty of chatter about the launch of something called Linked Devices.

As the name suggests, this update looks set to allow WhatsApp’s two billion users to add more than one device to their accounts meaning they can chat from a PC, smartphone and tablet without any fuss.

Currently, the only way to do this is via WhatsApp Web but this service requires the primary smartphone that’s used for the account to be powered up and connected to the web.

The new update would end all that with up to four devices all having unique access to chats simultaneously.

WhatsApp is thought to be in the test phase of this must-have feature but there’s currently no word on an official launch date.

With WhatsApp clearly on a drive to improve its app, hopefully we won’t have to wait too long until see Linked Devices arriving on phones, tablets and PCs. Watch this space!