Home » Lifestyle » When Is Meghan Markle’s Due Date For Royal Baby #2? Fans Think She’s Already Hinted At The Sex…

When Is Meghan Markle’s Due Date For Royal Baby #2? Fans Think She’s Already Hinted At The Sex…

Fans were (understandably) excited when Meghan Markle and Prince Harry announced on Valentine’s Day that they’re expecting their second child.

The couple made the big reveal in a photo they released to the media, along with a statement from their publicist that said, “We can confirm that Archie is going to be a big brother. The Duke and Duchess of Sussex are overjoyed to be expecting their second child.”

Yay! But… when exactly is royal baby #2 due?

The Sussexes haven’t said, but there are some clues. Meghan revealed in an emotional essay for The New York Times that she had a miscarriage in July 2020. The former actress said she had been changing toddler Archie’s diaper when she felt “a sharp cramp” in her stomach.

“I knew, as I clutched my firstborn child, that I was losing my second,” she wrote. “Hours later, I lay in a hospital bed, holding my husband’s hand. I felt the clamminess of his palm and kissed his knuckles, wet from both our tears. Staring at the cold white walls, my eyes glazed over. I tried to imagine how we’d heal.”

Now expecting their rainbow baby, Meghan and Harry have stayed mum about a due date, but it’s easy to guesstimate a little. 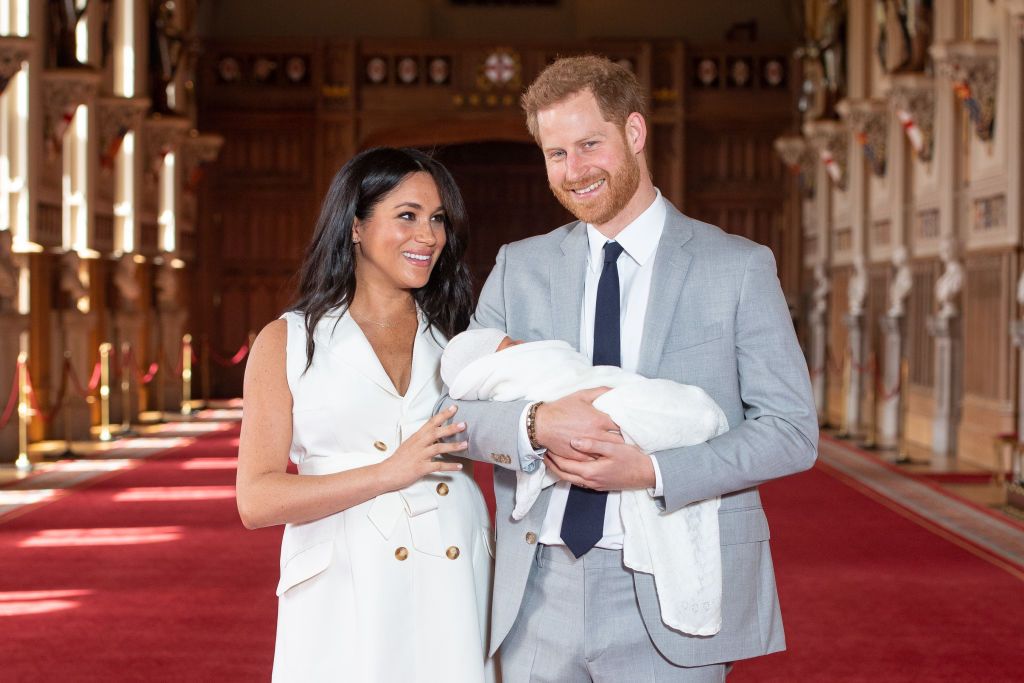 Doctors recommend couples wait until after the first trimester to announce a pregnancy and Meghan had an obvious baby bump in the photo that was released, so it’s possible that she was three to four months along when they announced the pregnancy. (Considering this is Meghan’s second child, she’s more likely to be showing sooner than she would have with her first.) That would make her due date somewhere around August 2021.

But, if she conceived this baby a month after her miscarriage, she would be about seven months along. Doctors generally recommend that you wait a few weeks after a pregnancy loss to have sex again, so, even if she got pregnant again right away, it’s more likely that Meghan is five to six months along. That would put her due date at sometime this spring. Basically, expect the Sussexes to become a family of four anytime over the next two seasons.

What are Meghan and Harry having?

Again, the couple hasn’t shared, but some fans think they’re expecting a girl. The reason: Meghan was spotted wearing a pink sapphire ring on her middle finger during an appearance alongside Harry during Spotify’s Stream On event.

The 6-carat ethically sourced ring is from Ecksand and, after the company posted about it on Instagram, fans hopped into the comments with their theories about the baby’s sex. “Now we know, it’s a girl 😍🌈💖,” one person wrote. “Could this be a clue about baby Sussex????!🤔” another said.

Of course, Meghan could also just like the color pink. But, ya know, what’s the fun in that?