Half of the films nominated for best picture at this year's Academy Awards would have struggled to satisfy on-screen representation standards under new diversity guidelines announced this week.

However, the hiring practices of their production, marketing and distribution companies might well have been enough to ensure they qualified for nomination regardless.

An analysis by this publication of the cast and crew details published on imdb.com suggests that Ford v Ferrari, The Irishman, 1917 and Once Upon a Time … in Hollywood would likely have fallen short on many of the six criteria applying to productions themselves. Surprisingly, the female-led Little Women might also have struggled, due to the fact most of its cast and crew were white. 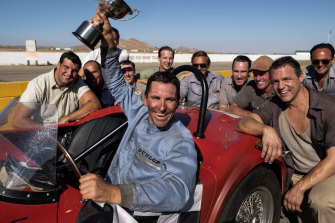 Too blokey by half: Ford v Ferrari ticks few boxes but might still have managed to qualify.

But there's a good chance all nine nominated films would have been eligible anyway because three more criteria applying to "industry access" (opportunities for paid internships and training within studios, distributors and production companies) and "audience development" (marketing and distribution) offer ample space to catch up.

Our analysis also suggests that of the 10 films that have won best picture over the past decade, only two – The King's Speech (2010) and The Artist (2011) might have been in danger of failing to meet the criteria for submission.

Under the Representation and Inclusion Standards released by the Academy of Motion Picture Arts and Sciences on Tuesday, nominees in the best picture category will from 2024 be assessed on four standards, relating to: (A) on-screen representation (broken into sub-categories for lead actors, the entire cast, and subject matter); (B) off-screen creative team; (C) industry training opportunities; and (D) marketing and distribution.

To be eligible for entry, a film must satisfy at least two of the four standards (which are broken into nine criteria in all).

The Academy said on Tuesday that all submissions from 2022 will need to include a confidential self-assessment of the film's compliance with the new guidelines. "However, meeting inclusion thresholds will not be required for eligibility in the Best Picture category until the 96th Oscars (2024)."

In all instances, the aim is to push for greater representation on screen and off of women and "underrepresented" groups, including people from non-Anglo backgrounds, LGBTQ+ people, and those with a cognitive or physical disability, or who are deaf or hard of hearing.

There are three criteria relating to on-screen representation, with films needing to meet at least one to satisfy that particular standard. The first demands that at least one lead or significant actor must be from an underrepresented ethnic group. Seven of this year's nominated films would have failed that test, with only Parasite and Joker (in which African-American actor Zazie Beetz played the female lead) ticking that box.

The second says at least 30 per cent of the general cast must combine at least two of the following: female, ethnic or racial group, LGBTQ+ or disability. Korean film Parasite would have passed this test easily, but – with the possible exception of The Joker and Marriage Story – the others would likely have failed. 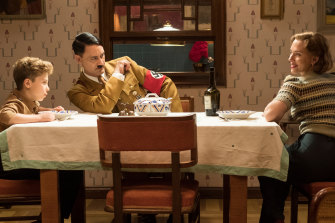 Taika Waititi’s Maori heritage would be just one factor working in favour of Jojo Rabbit.Credit:Kimberley French

Of course, much is open to interpretation. But what is clear from this preliminary analysis is that producers will have to share detailed information on the ethnic background, sexual orientation and physical abilities of cast and crew in order to qualify for the best picture category in future.

Privacy concerns aside, the most likely impact of this is that productions will factor diversity into their hiring practices more than ever before, especially for head-of-department positions such as cinematographer, editor, production designer and so on.

But will it make an impact on the kinds of films that are nominated, or even win best picture, as some critics have suggested? It seems unlikely.

The standards require the submitting studio and/or film company to have "multiple in-house senior executives" from certain underrepresented groups – a splendidly imprecise requirement that allows plenty of wiggle room. And while the very upper tiers of Hollywood are still largely the preserve of white men, at the lower levels occupied by trainees and interns, there is already considerable ethnic, gender and sexual diversity.

Satisfying at least one of off-screen criteria should be achievable for most movies financed and/or distributed by a major Hollywood company.

In short, while the changes may seem to spell the end of the white blokey drama, the reality is that with a little thoughtfulness around hiring practices there's no reason a 1917, Joker or Irishman might not be in contention again.