Who is Kadeena Cox? ParalympicsGB cycling and athletics superstar going for multi-sport golds in Tokyo

Paralympic star Kadeena Cox hopes to inspire a future generation of black cyclists by showing the sport is not just for “white, middle-class males”.

Cox wrote her name into the history books at Rio 2016 by setting a world record en route to claiming gold in the C4-5 500m time trial and then repeating the feat in the T38 400m athletics event.

The 30-year-old will defend those multi-sport titles in Tokyo, beginning at the velodrome on Friday.

Leeds-born Cox, who has Jamaican parents, acknowledges there is a noticeable lack of diversity within elite cycling and has already set about changing that by setting up her KC Academy.

She believes more role models are needed and is eager to provide further inspiration in Japan after BMX rider Kye Whyte last month claimed BMX silver at the Olympics.

“Within British cycling there is limited numbers: there’s me, there’s Kye, there’s Quillan (Isidore), who is the other BMX who didn’t go the (Olympic) Games, and that’s kind of it,” she said.

“We’ve got a couple of cyclists that are currently working their way up through the rankings and hoping to be on the squad in the next few years.

I always say it’s that visibility – if you see someone that looks like you doing something then you think you can achieve that.

“And I always say it’s that visibility – if you see someone that looks like you doing something then you think you can achieve that.

“I would never have picked up cycling had it not been for my disability because it just wasn’t something I saw.

“You see someone riding past in their Lycra and it’s normally white, middle-class males and I never would have seen myself in that position, being an elite cyclist. 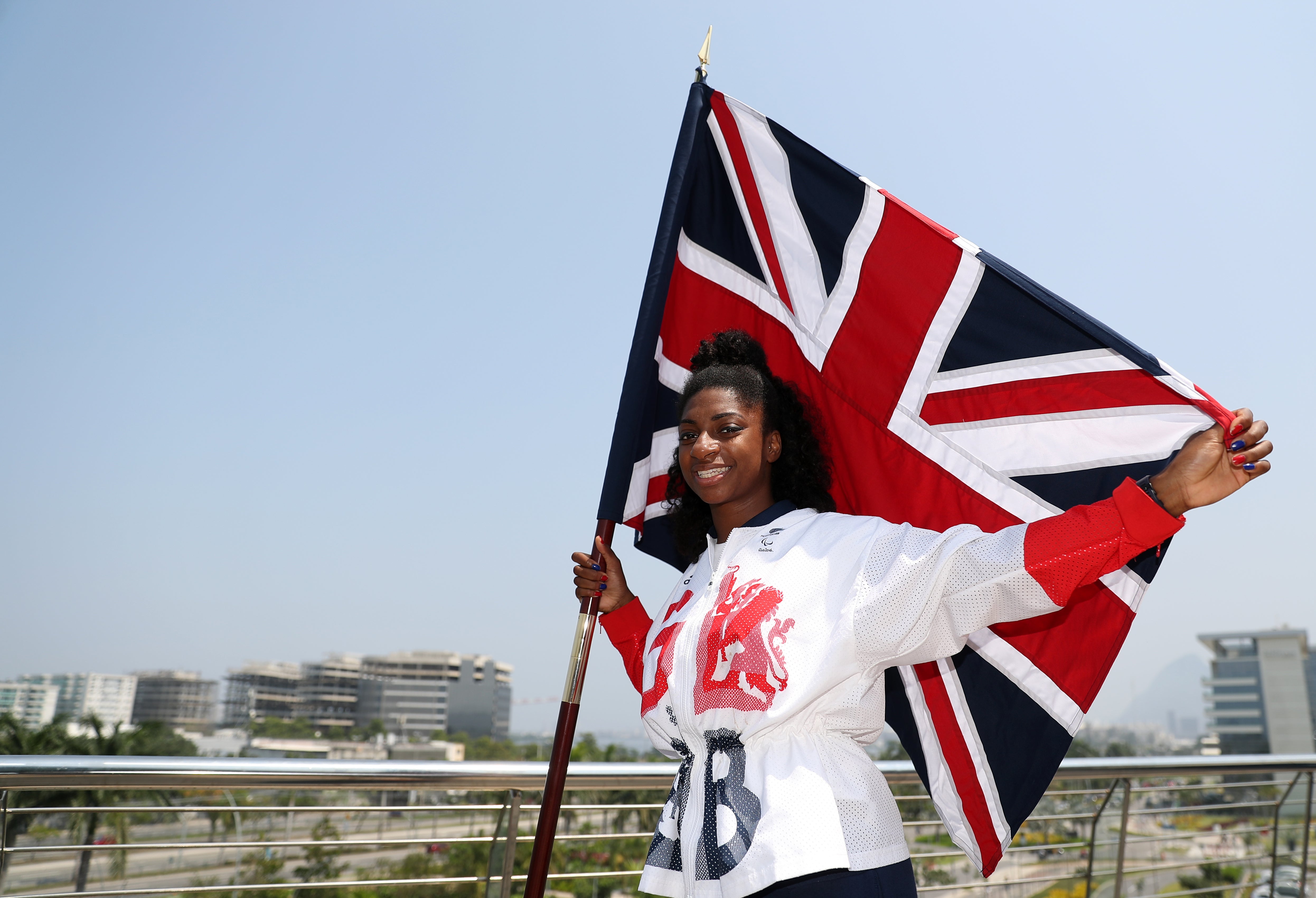 Cox’s life changed dramatically in 2014 when she was diagnosed with multiple sclerosis.

Having previously competed as an able-bodied athlete, she excelled on her Paralympics debut two years later and was one of the headline-grabbing stories of Rio, becoming the first Briton to top the podium in two different sports in the same Games since 1984.

She has since battled disordered eating and body image issues, plus a career-threatening knee injury.

“I’ve had a lot of up-and-down times,” said Cox. “I’ve probably not quite found the form I actually had in 2016, I’ve just not been able to have the consistency and my body’s not quite been on my side and I’m getting older! It is a little bit more challenging.

“One of the key things I’ve learnt about having any form of eating disorder, it isn’t a quick fix. Even people that have been what you’d call ‘recovered’ for years, they always have little slips.

This is the point that I kind of wobble the most and my hate for my body becomes a little bit more intense, but I think I’m dealing with it a lot better.

“I probably am in a great place right now, compared to where I’ve ever been at this point before a championships.

“This is the point that I kind of wobble the most and my hate for my body becomes a little bit more intense but I think because we’ve put so much in place, I’m dealing with it a lot better and I feel like I’m in a relatively mentally strong place.

“Just being able to talk about it, that means I’m in a lot better place than I have been and it’s helping me to be able to get through it.”

Cox’s commitment to balancing two sports leads to her spending hours travelling the approximate 100 miles between training bases in Loughborough and Manchester.

Her hectic schedule over the past few years has been made busier by a series of reality television appearances, including on Gogglebox and MasterChef this summer. “One of the key things that I learnt on MasterChef was time management,” said Cox, who was GB’s closing ceremony flagbearer in Brazil.

“You’d think I ‘d be really, really organised, but my timing can be so bad. To be able to get out a dish on MasterChef you’ve got to be able to have good timing – it’s one of the key things that I took away from that TV show and I just like having another passion aside from sport.

“It was nice to be with people from different backgrounds and to have a non-sporting conversation or talk to people about sport who aren’t in that world.

“I think it just humbles you that little bit but also makes me appreciate what I do and how cool that is and the fact that I am pushing the boundaries and I’m in a blessed position.”