Microsoft has issued an important warning to users of its Windows 10 operating system – both personal and enterprise editions. The warning comes courtesy of the US company’s Security Intelligence team, which posted a message on social media telling Windows users to be aware of a new threat arriving via torrent downloads.

With millions of people in lockdown, it’s no surprise there has been a rise in the number of people trying to find ways to keep entertained – not to mention that watching content online without paying for a subscription is always going to be a popular option. However, along with the obvious legal issues of using torrent-style sites to get content to watch in lockdown, it seems there’s another reason to be wary of downloading files from unofficial websites.

According to the alert from Microsoft posted on Twitter, there’s been a rise in attacks using certain streaming services with Windows 10 users placing themselves at risk by downloading files in this way. The post states: “With lockdown still in place in many parts of the world, attackers are paying attention to the increase in use of pirate streaming services and torrent downloads.

“We saw an active coin miner campaign that inserts a malicious VBScript into ZIP files posing as movie downloads. The use of torrent downloads is consistent with our observation that attackers are repurposing old techniques to take advantage of the current crisis.” 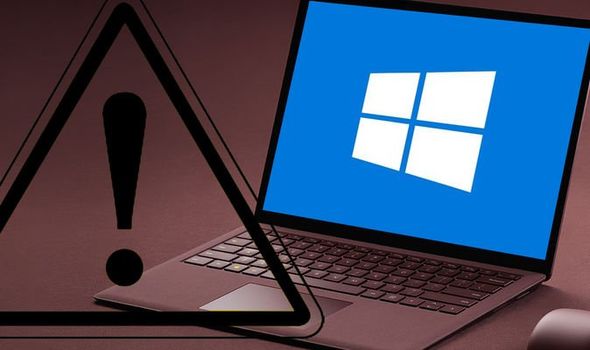 It may come as no surprise that cyber criminals are trying to cash in during the current crisis and it seems those using torrents sites are an easy target. Explaining more, Tanmay Ganacharya, director of security research of Microsoft Threat Protection told Cyberscoop: “Lots of people are stuck at home looking to fill time, and not everyone is going to watch only what’s available through [streaming] services.”

Adding: “Attackers use some popular movies as lures. And then they ensure that their malicious payload is part of the overall packages that a user ends up downloading.”

According to Microsoft’s latest findings, John Wick 3 and Contagion are some of the most popular movies being downloaded by users. And it is these popular Hollywood blockbusters that are being targeted.

As confirmed by Cyberscoop, typical attacks begin with criminals disguising a malicious file in the same .zip folder that includes a movie torrent. When an unsuspecting victim happens to open the .zip file saved from a piracy site, they also trigger a malicious text file. This then sets about trying to infect dangerous code into the machine’s memory.

“It is not surprising that people are searching for more illicit ways to get their hands on new content – but downloading or streaming from dodgy sites is still as risky as ever,” said Jake Moore, Cybersecurity Specialist at ESET.

“These sites are rarely policed and they are very good at circumnavigating law enforcement attempts to shut them down. It is a clear and simple message that these sites must be avoided and aren’t worth the risk. It may sound free and easy at first but the truth is that using pirate sites could damage your computer and cost you more than the price of the movie itself in no time at all.

“Antivirus software is your best ammunition here – and any warnings when entering such sites must never be overruled.”