Woman is named on aborted foetus' Christian grave without her consent

An Italian woman has revealed how she was horrified to discover that her aborted foetus was buried in a grave marked with her name without her consent.

Marta Loi, from Rome, read about so-called ‘fields of angels’, sections of cemeteries where the remains of foetuses are buried, and wanted to investigate what happened after her own termination.

She phoned the hospital and was told the remains had been buried in Flaminio cemetery, Italy’s largest cemetery, under a cross bearing her name, despite Marta specifically requesting not to have a ‘physical place of remembrance’.

The grave was also marked with a cross, even though Marta is an atheist. 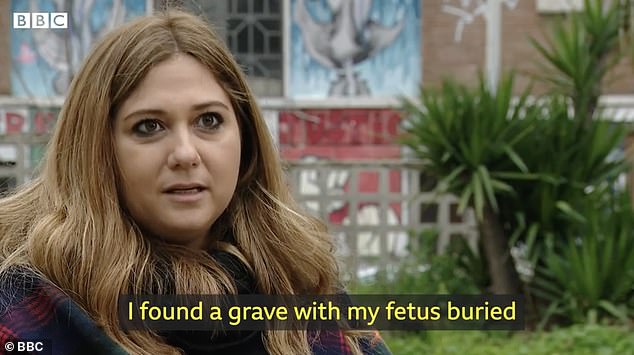 Marta Loi (pictured), from Rome, found out that her aborted foetus had been buried in a grave under a cross, a Christian religious symbol, despite her being an atheist

Speaking to the BBC, Marta said: ‘After my second-trimester termination of pregnancy, I found a grave with my foetus buried beneath a cross, a religious symbol, that I don’t identify with because I’m atheist, bearing my first and last name.’

Marta initially wrote a long post on social media to share her story after her discovery last year, which led to dozens of other women realising that they had also been named on the graves of their aborted foetuses.

Speaking about the grave, Marta continued: ‘I had made a clear choice, I did not want to have a physical place of remembrance. But despite my decision, that physical spot exists.’

Italian law states that after 20 weeks, a foetus has to be buried, often in mass graves, but a religious burial has to be specifically requested by the woman.

Abortions are only allowed under Italian law after 12 weeks if there is a threat to the life or health of the pregnant mother. 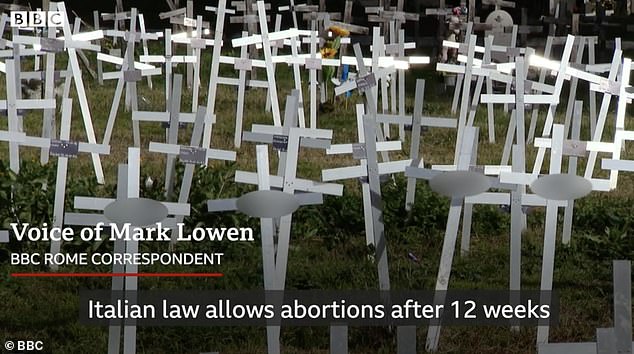 Marta was told by the hospital that she would find her foetus buried at Flaminio cemetery, Italy’s largest resting place, under a cross bearing both her first and last name, despite her not wanting a grave

They were legalised in Italy in 1978 under law 194, after protests from the Italian women’s movement in the 1970s, but the same law gives health professionals the option to refuse to perform the abortion if they are a ‘conscientious objector’.

Although abortion is legal in Italy, 71 per cent of gynaecologists are registered as conscientious objectors due to their religious or moral beliefs, according to Science Direct.

The mother’s names are passed on by hospitals for administration purposes only, but the woman’s names were shockingly put on the graves without their consent.

Marta described the graves as a ‘blatant abuse and violation’ of the rights of the women who ‘did not know that this was happening’.

In the Flaminio cemetery, they have now started to replace the names of the women with numbers to protect their identities. 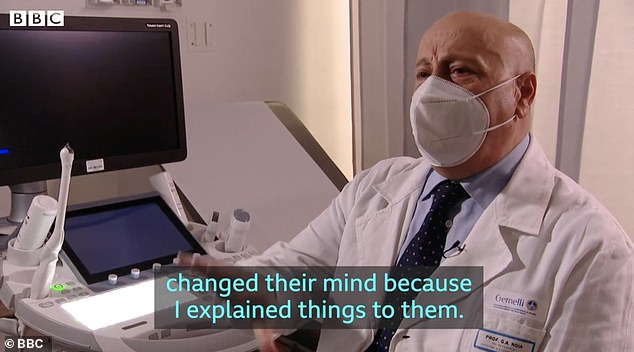 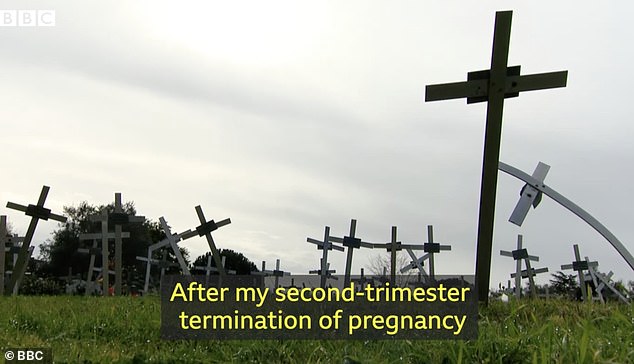 Italian law states that after 20 weeks, a foetus has to be buried, often in mass graves, but a religious burial has to be specifically requested by the woman

She also said that she hopes Italy will be able to provide abortions for women in both a safe and ‘dignified way’, and give them support throughout the process.

She added: ‘My hope is that the state and its institutions guarantee the right of women to choose and to access abortion in a dignified way and that the woman is supported from beginning to end.’

Christian and Catholic doctor Giuseppe Noia claimed that 80 per cent of women who have the intention to abort ‘changed their minds’ after he made the ‘science clear’ to them ‘without any pressure’.

He continued: ‘Mother Teresa once told me: abortion is the greatest enemy of peace.

‘In my experience, 80 per cent of the women who come here with the intention to abort changed their minds because I explained things to them.’

MailOnline has contacted AMA, who run Flaminio cemetery, for comment.

What are Italian abortion laws?

Italy legalised abortion in 1978. Any woman in Italy has 90 days (12 weeks) from the date of conception to request a termination of pregnancy.

Under the law, the termination must be due to health, economic, social or family reasons.

A pregnant woman must get proof as to the state of the pregnancy from her local doctor (general practitioner) or from a maternal health care clinic, which will then make the appointments with the hospital.

An abortion may only be carried out in a public hospital. It is free to women who have an Italian health card; foreign women have to pay for the procedure. There are no special abortion clinics in Italy.

After 90 days a termination is only permitted if there is a threat to the life or health of the pregnant woman.

For an abortion to be carried out for medical reasons, the mother’s health or life must be endangered if she carries the child to term, or there must be a problem with the foetus.

In these cases, the termination can be carried out up to 20 weeks after conception.