What is Gorilla Glue? The sticky subject of the viral video, explained

Bad to the bone: Did this rocker really build a guitar from his uncle’s skeleton?

A bottle-tan mishap has left one woman from the UK looking like the ogre princess Fiona from blockbuster animated film “Shrek.”

Footage of her accidental makeover shows her friends’ stunned reactions as she debuts her new green hue, with one tender-hearted friend assuring it’s “[not] that bad.”

Lilly Vigus, an equine management student from Rochester, Kent, claims that she and her roommates were feeling restless during lockdown when they decided to experiment with self-tanning lotion, according to Kennedy News.

In spite of her naturally fair skin, Vigus picked up the only tanner available at the shop, a bottle of St. Moriz 1 Hour Fast Tan in shade “Darker Than Dark.”

This isn’t her first time using self-tanner as Vigus, 18, is known to “burn instantly” in the sun and thus avoids exposure.

“To get around this I fake tan,” she told the news agency.

In fact, she insisted, “Apart from horses, fake tanning is the only thing I’m interested in.”

However, this time the fake tan fan went a step — or “shade,” rather — too far.

“People were calling me Fiona from ‘Shrek’ because my ginger hair and green skin all matched with her,” said Vigus, in reference to the ’00s animated franchise starring the voices of Mike Myers as the eponymous green monster and Cameron Diaz as a fairy tale princess who falls in love with the ogre — and later transforms into one herself.

Vigus found herself unable to resist finishing off the bottle.

“After the second layer I did think it was a bit dark but I decided to keep going.”

The green water in her shower the next morning was the first sign her tanning scheme had gone awry.

“The water just kept running green for ages,” she said. “Every time I washed for the next few days the water running off me was still green.” 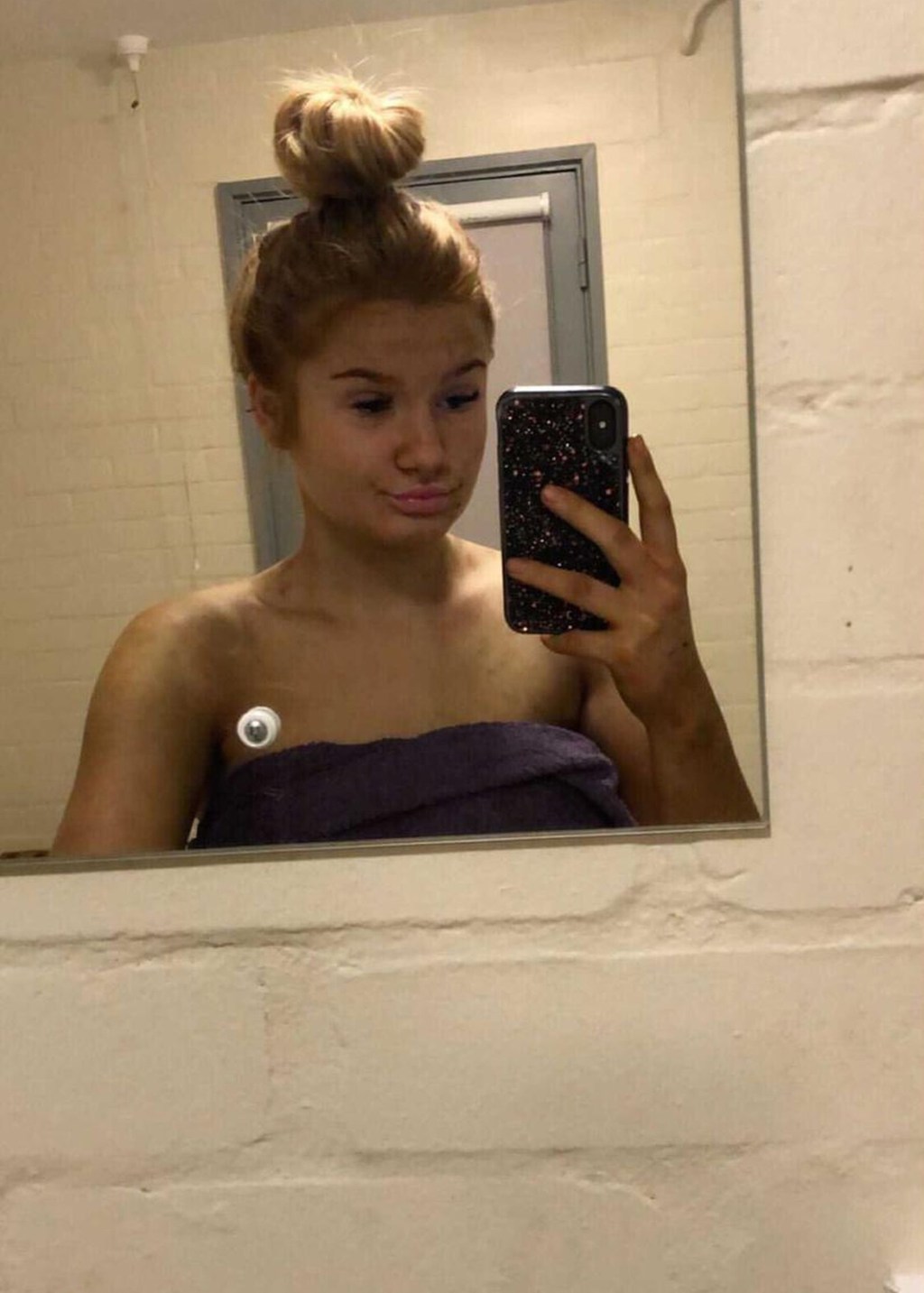 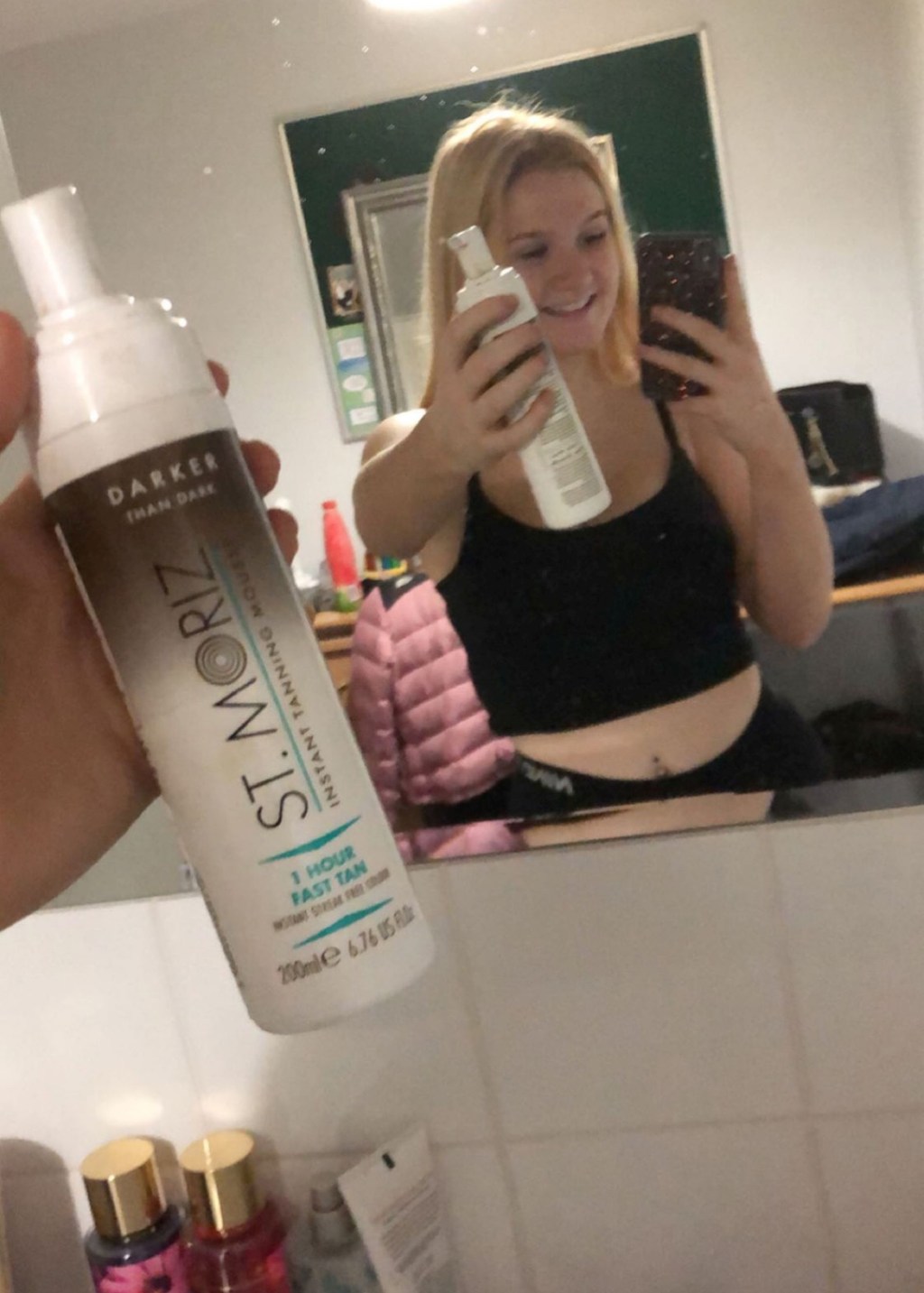 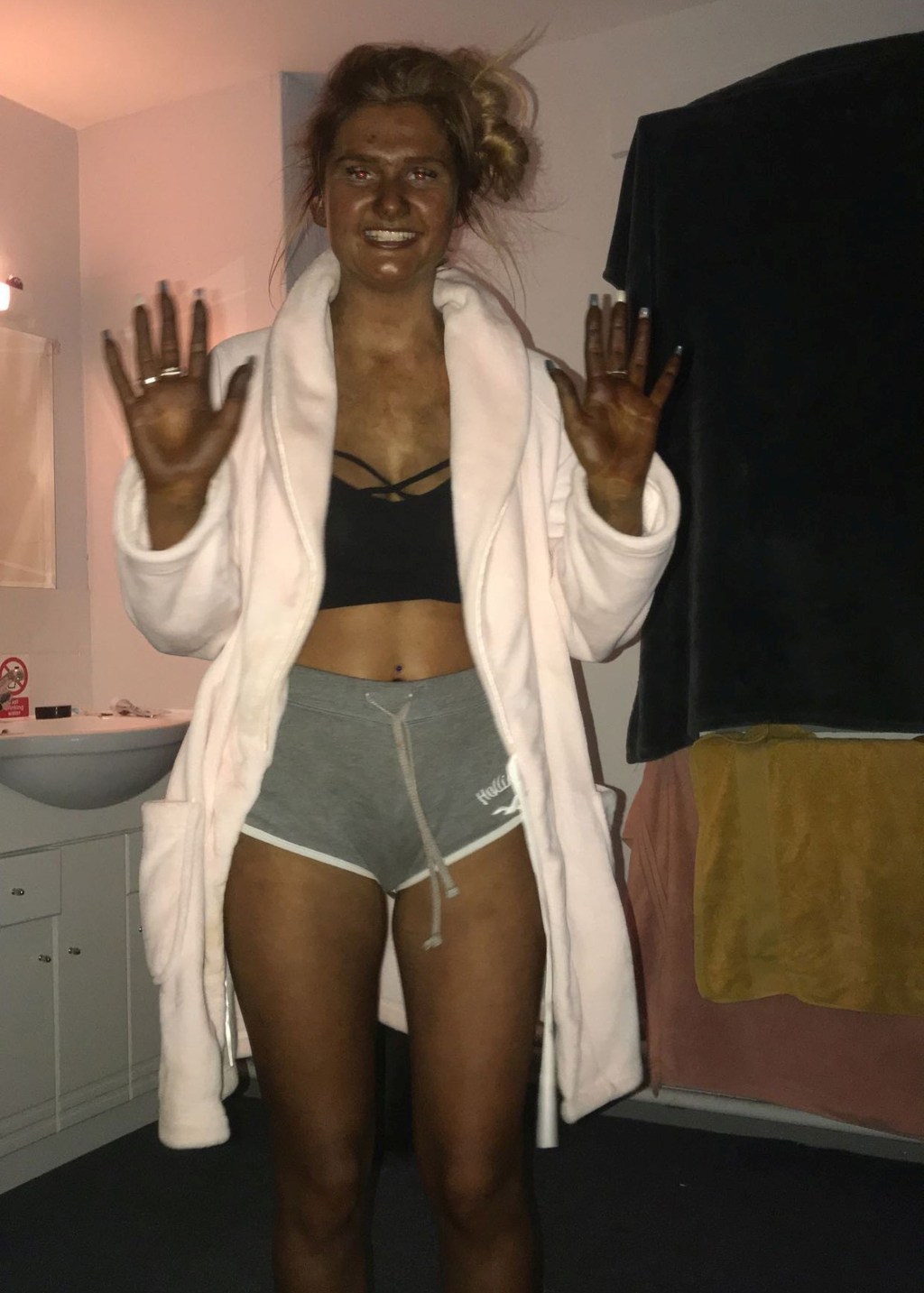