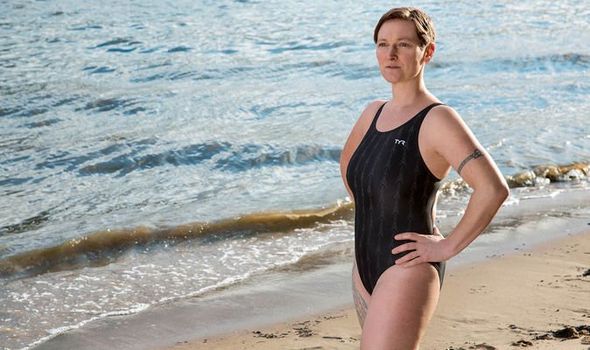 As wild swimming gains ever more fans due to lockdown, a new documentary film Against The Tides follows Beth’s attempt to be the first person to swim the world’s seven most dangerous straits – known as the Oceans Seven – in a single year. “One of the things that surprises me is the ability of the body to endure,” says Beth. “It is not what drives you forward, but what is holding you back, which stops you from doing things.” The film shows the Briton go from Hawaii to Ireland, New Zealand to Gibraltar in her quest – some would call it foolhardy – to prove she could do it.

And while the swimming is all very fascinating – at one point she’s swimming with a dangerous shark, at other times avoiding jellyfish, rocks and hyperthermia – it is the complex and extraordinarily strong woman at the heart of the story which makes the Sky documentary so compelling.

From the start you question what drives her; and whether the actions are inspiring or selfish. Even her own mother isn’t convinced, admitting: “I am not her number one supporter when it comes to her swimming.

“She is the single parent to a small child and I don’t like the idea of her swimming against tides or through shoals of jellyfish because I don’t want her to get hurt.”

But then the backstory comes out. Beth, now 43, from Somerset, is battling both the demons from her past and the challenges of her present. Pushing herself to the limit is one of the few ways she can take control.

Aged ten, a popular, sporty and academic child she had a painless bout of glandular fever. She then started getting strange pains in her limbs and an exhaustion would overcome her. Weeks would go by and she would be fine, but then the illness would take hold again until she spent more of her time feeling ill than well.

“No one could explain what or why this was happening to me,” she recalls as we talk over Zoom. “All through my adolescence I would have these complete crashes where my glands would come up, I would feel so sick and the pain was so bad – in different places – that it felt like I had molten lava running through my veins. 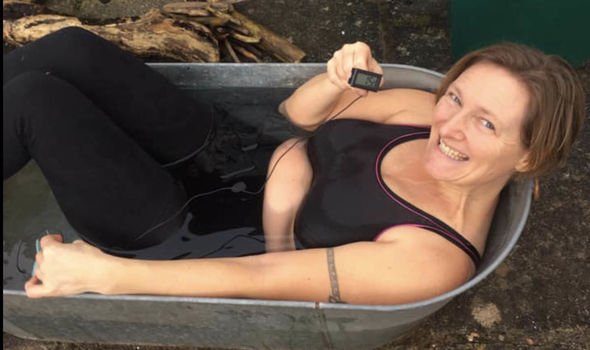 “I got to the stage where I couldn’t even lift my hand up to brush my own hair.

“Sometimes I’d be fine for three months – I’d be completely well. And then I would crash for six months. And the hardest thing was not knowing what was wrong with me. The blood tests came back fine; there was nothing wrong with me as far as the doctors were concerned.

“It obviously led to mental health issues; I started self-harming, I became bulimic. I couldn’t trust my body. The doctors said it was all in my head when I knew it was my body.

“Aged 17 I couldn’t even sit up, let alone stand up and I was in a wheelchair. I didn’t even have the energy to brush my teeth or scratch an itch. All my muscles ached all the time.”

One of the only things that seemed to help was water.

The family farm had a pond and her father enlarged it; she would lie in it for hours, the weightlessness of being in the water provided a brief respite from real life.

At 17, after seven years of countless visits to different doctors, she received a diagnosis of ME or chronic fatigue syndrome. The downside was, there was no cure.

“It was a relief to get a diagnosis, because my mental state was so fragile after everyone saying there was nothing wrong with me but being told there was no cure made me feel like my life was over,” she says. 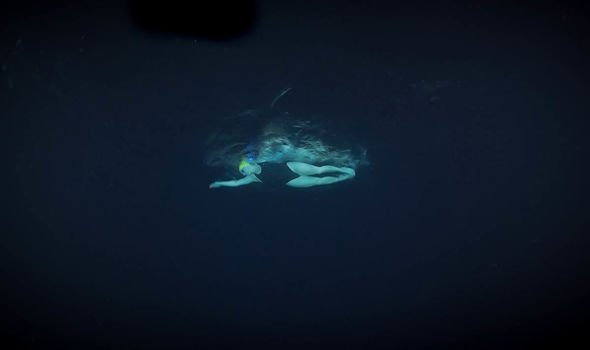 “But I still had some fight in me and that was to rebel against myself, against this extreme lethargy. It became a compulsion to push myself as much as I could.”

Beth started listening to her body, learned to recognise her triggers. She refused to continue her education, knowing that the stress was making her ill. She would move when she could and kept pushing her body and, slowly, she began to recover.

“Recovery is an odd word because I still get the symptoms sometimes,” she says.

“My immune system is really bad and when I overdo things, I get this heavy feeling, but I’ve learned how to listen closely to my body. But at the same time, I felt like I had to prove myself and prove not only that I could do what others do, but to be almost superhuman.”

When she felt well enough, after years of being cooped up in her bedroom, she made a bucket list of things she wanted to do.

One of the first was flying to Hawaii. She initially went for a brief two-week holiday, but didn’t return to England for seven years; first training as a massage therapist in Hawaii before, briefly, becoming a Buddhist monk in Thailand where she was given lodgings at a monastery in exchange for English lessons. She willed herself to wellness.

Coming back to England, she met a man, fell in love and had her son, Dylan, but was left a single mother when they split up; a new challenge for someone who had already been through so much.

When Dylan, now 11, started school, she was forced to face yet more problems.

“I always saw Dylan as delightfully kooky,” she recalls. “He was outgoing and adventurous. But when he went to school, everything changed. They described a child I didn’t know – he would hide underneath tables and he would bite and scratch.

“Dylan just couldn’t cope. It was horrendous, he was six years old and he started talking about wanting to kill himself. So I took him out of school, took him away from all the things that triggered him and started home-schooling.”

One day a week her mother would look after Dylan, who has since been diagnosed with autism, ADHD, OCD, sensory issues, dyslexia and dyspraxia, and Beth, who works as a part-time masseur, started going to the local swimming pool for respite.

While there she decided to undertake a Channel swim challenge – swimming the length of the Channel in a month.

She did it in just a few days. It felt so amazing that she booked an organisation to help her swim the real Channel two years later. She knew she needed more time than normal to prepare her body, but she was hooked on the challenge.

Now Beth admits her reasons for swimming are complicated. “No one can hear me scream in the water,” she says, quietly. “I could swim it all out. It was a way of calming my body and my mind down. I needed to push myself because I was constantly feeling like I was on the verge of feeling like a failure.

“I had all these questions of guilt.

“And when your child has special needs you feel so alone the whole time. Swimming was a way of chasing the demons in my head. The best thing for me was the meditative calm which comes at the end of a good long swim.”

Dylan was always part of her challenges. 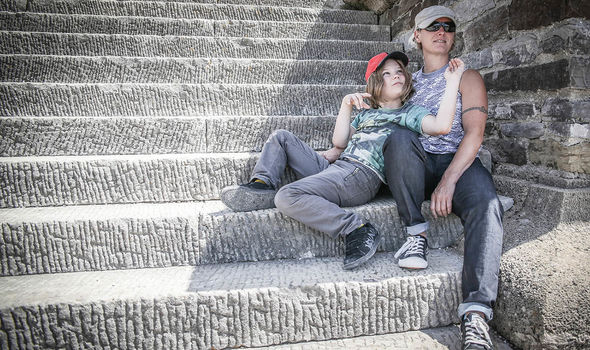 They’d go down to the sea and she’d put him in a wetsuit and life jacket in a small dinghy attached to her leg. “He had a little gun and would squirt me in the face if he wanted to talk to me. He would point which way down the coast he wanted to go and I went swimming with him.”

As for the impact on Beth’s body, she says the actual swimming aspect has always been the easiest part: “You can train your mind to push through so many barriers and achieve what you want.” The tough bit was on land.

By the time the documentary was filmed two years ago, Dylan was nine and not as malleable as he was as a toddler. It features scenes of him terrified at the thought of her being attacked by sharks. The team she travelled with for each of the challenges – which cost more than £80,000 – also included a childminder for Dylan but he increasingly recoiled at being left with them.

Towards the end of the film, as Beth attempts her fifth swim, in Northern Japan, Dylan hides her swimming costume. She is forced to do some tough soul searching about what she was doing the swim for.

“Yes, there are people who criticised me for swimming when I had Dylan but others also said, ‘you are going to be such a great role model,'” she ponders. “No one can say how you should do this thing called motherhood; this is just my version of it.”

Her decision, which viewers will see, is an emotional surprise.

Since doing the challenge, Covid has kept Beth away from the sea but she and Dylan have been planning adventures for when the world opens up again. In the meantime, she has been forced to take her aquatic solace in a bathtub in her garden. “I am missing swimming so much, I miss the sea,” she sighs.

“The closest I get to the feeling I get from swimming is jumping into an icy bathtub on the patio. When I am feeling stuck or stressed or lethargic or depressed, I jump in cold water and it is an instant reset.

“You can’t be anywhere but in the present because there is an overwhelming sensation which gives you an endorphin high. It’s insane.”