THE Women's Super League has been given the green light to resume this weekend despite coronavirus cases surging again.

The women's top-flight was among a number of divisions that bit the dust last season amid the Covid-19 crisis. 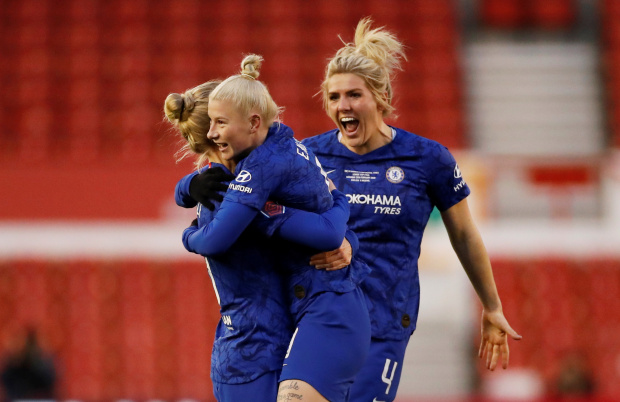 The Prime Minister announced a new national lockdown on Monday night as the mutant Covid strains spread out of control.

The FA confirmed on Tuesday that 15 positive results came back from the 635 tests that were carried out in the WSL and Championship between 28 December and 3 January.

Players in the top two divisions in women's football are currently tested once a week.

It is understood that this will remain the same despite ramped up testing in the Premier League to twice a week.

In a statement, the FA told SunSport: “To ensure transparency, The FA will continue to release Covid-19 testing results each week across both the WSL and Championship.

“Protocols are currently in place for testing once a week and players will be tested before they return to training.

“These protocols will continue to be regularly reviewed and we will provide any further updates in due course.”

It is unsure if Arsenal's trip to Aston Villa will go ahead on Saturday after the North Londoners reportedly requested a postponement after a positive test in camp.

According to the Telegraph, the Gunners are said to be 'furious' after a team-mate was hit with Covid following a trip to Dubai over the Christmas break.

Arsenal icon Ian Wright slammed his former club's reported request to postpone their away game at the West Midlands club.

He wrote on Twitter: "So we asking for a postponement because we broke the rules??!!

"Players have every right to be upset but why should Villa be punished? Play the game."

It is unclear whether Manchester City's game with West Ham will go ahead on Saturday after FOUR aces tested positive.

It is claimed that the club has also requested a postponement as they battle their Covid-19 outbreak.

The Citizens stars were said to have caught the virus after reportedly jetting off to Dubai.

It is understood that the unnamed aces had the club's full permission to fly to UAE as Manchester wasn't under Tier 4 restrictions at the time.

Before Christmas the Hammers scrapped their home game with Villa due to atleast five players contracting the virus.

And Chelsea were forced to axe their match with Tottenham after an outbreak in the women's camp.

FA figures over the festive period revealed a huge spike in the number of individuals testing positive across the women’s top two divisions.

It was confirmed that 32 Covid test results have come back positive from 864 carried out in the third week of December.