ROMAN REIGNS was bizarrely edited out of WrestleMania footage on last night’s Raw as the mystery over his WWE status took a new twist.

The Big Dog was due to challenge Goldberg for the Universal Title at WrestleMania 36 last month but pulled out days before filming. 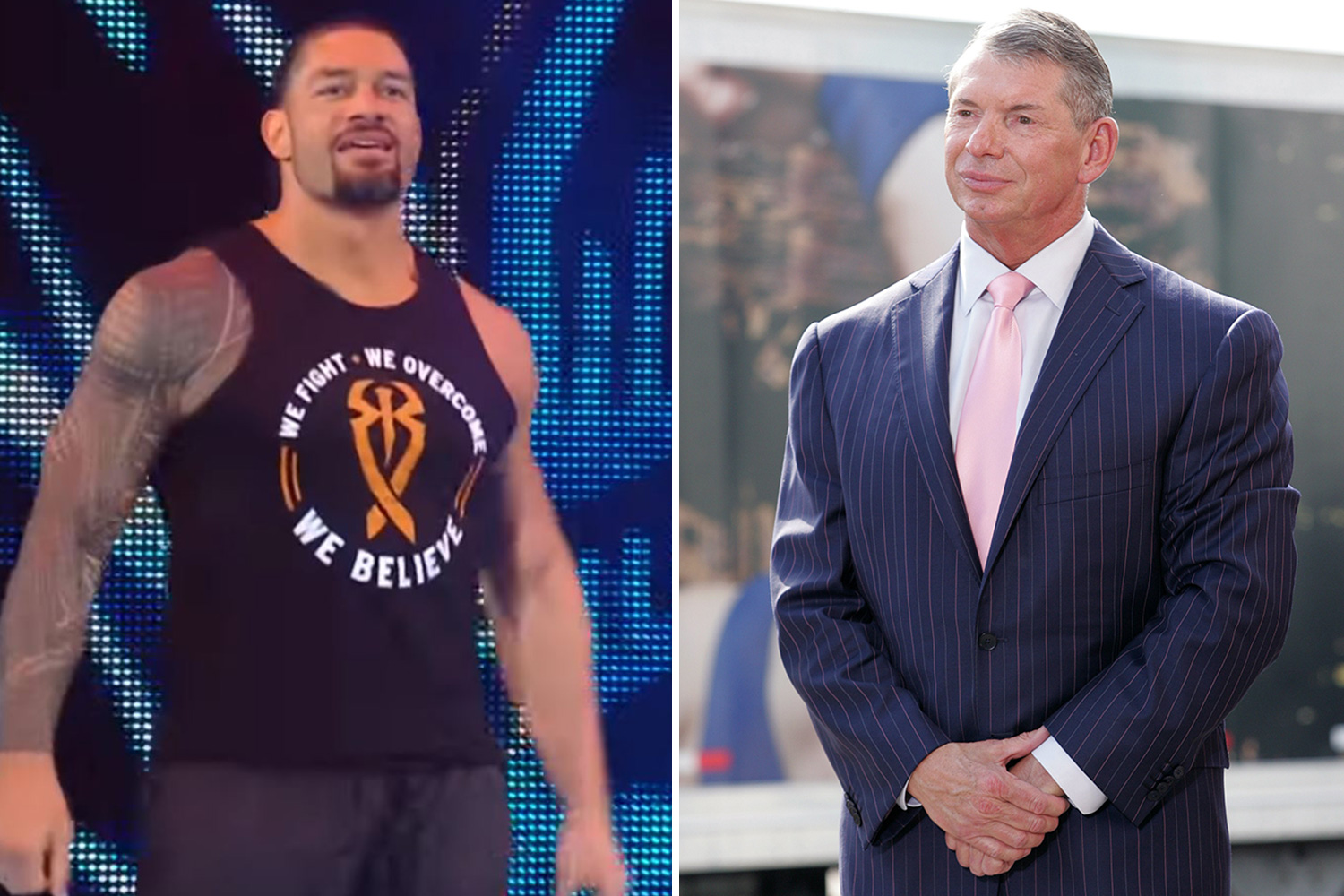 The 34-year-old was replaced in the title match by Braun Strowman with the Monster Among Men going on to win the belt from his Hall of Fame foe.

As previously reported, WWE boss Vince McMahon had instructed not to have Reigns’ name mentioned on television since ‘Mania.

And now it appears the former Shield member is being removed from footage as well.

WWE’s Money in the Bank pay-per-view takes place this Sunday and a video promo showing successful cash-ins from the past was shown on Monday Night Raw to hype the extravaganza.

It included Seth Rollins famously cashing-in his briefcase in the WrestleMania 31 main event between Brock Lesnar and Reigns, where he pinned the latter to become WWE champion.

But it seems WWE edited the clip, and rather than show Rollins covering Reigns, the screen cut to black instead.

It remains to be seen when we will see Reigns back in WWE but his return is not expected to be any time soon.

And despite apparent attempts to airbrush him out, he will not be forced back to work earlier than necessary with WWE chiefs allowing him to pick his own comeback date.