Pillsbury is definitely trying to make “fetch” happen. The brand released special Mean Girls-themed Toaster Strudel tied to one of the most memorable and iconic lines from the 2004 film.

‘Mean Girls’ Stars: Then and Now

“And ALL for Gretchen Wieners! 💕 Announcing NEW Toaster Strudel with limited edition pink icing,” the Minnesota-based company captioned a Wednesday, September 2 Instagram photo. “Find these at grocery retailers across the US! @toasterstrudel.” 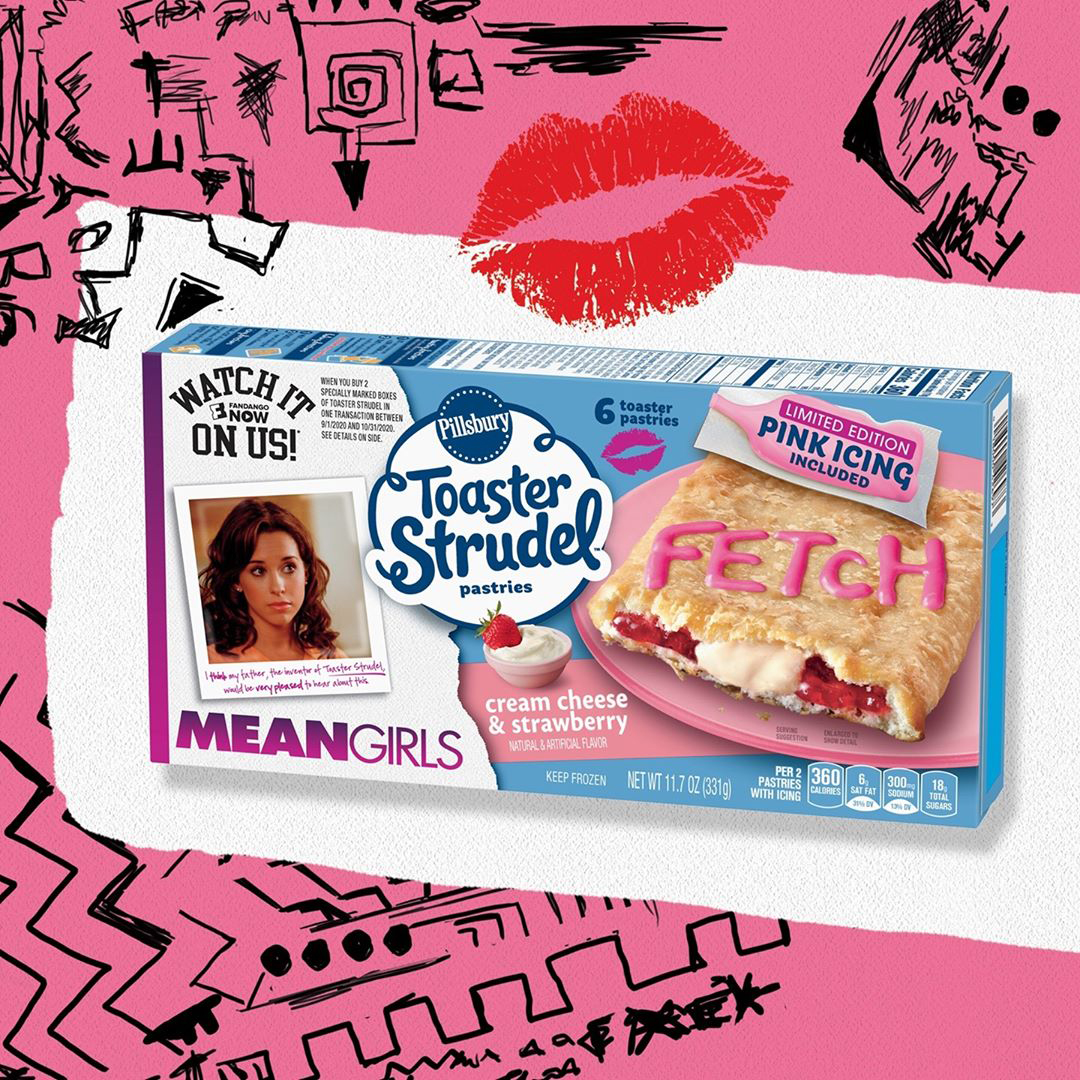 The accompanying picture features a box of the breakfast treats complete with a snapshot of Gretchen Wieners, who was played by Lacey Chabert in the popular movie. In the flick, Gretchen utters the line, “I don’t think my father, the inventor of Toaster Strudel, would be too pleased to hear about this” when she’s confronted by principal Ron Duvall (Tim Meadows) about the Burn Book.

However, the line shown beneath Gretchen’s photo on the box is written a tad differently. Instead, it reads: “I think my father, the inventor of Toaster Strudel, would be very pleased to hear about this.”

According to the box, the breakfast staples inside are packed with a pink-and-white cream cheese and strawberry filling. There’s also a limited-edition packet of pink icing included so Toaster Strudel fanatics can decorate their own pastries.

Pillsbury announced the “Most Fetch Toaster Strudel Icing Sweepstakes” in conjunction with the Mean Girls Toaster Strudel release, in which consumers can make their best icing design using the aforementioned decoration. All you need to do to enter is post a photo of your creation on Instagram or Twitter and include “#FetchSweepstakes” and “@ToasterStrudel” in the caption or tweet. Three grand prize winners will get a personalized video message from Chabert, 37, an entire year’s worth of Toaster Strudel and plenty of Mean Girls merchandise.

Though the beloved movie is more than 15 years old, it continues to inspire special collaborations like this, especially in the food space. In October 2019, a Mean Girls pop-up restaurant called Fetch opened in Santa Monica. The eatery featured dishes including the Just Stab Caesar Salad with pink dressing, Whatever Cheese Fries with pink cheese sauce, Coach’s Hot Dog with pink coleslaw and the Pusher Pizza.

Stars Share What They Eat for Breakfast: See Their Morning Meals

“What I love about rosé is that it’s the perfect wine to drink during the day with your friends on the weekend. And one of my favorite things to do is have brunch,” Bennett, 39, said at the time. “If you’re going to have brunch at home with your girlfriends, this is the wine for you, this is exactly what everyone is going to want to drink. With rosé, it’s like the perfect mix – it’s not red, it’s not white, it’s just right.”