Zoe Ball says menopause given her 'terrible anxiety and sobbing'

Radio and television star Zoe Ball has been talking about how the symptoms of menopause have been affecting her.

The 49-year-old star, who presents the BBC Radio 2 Breakfast show, told her audience that she can relate to ‘meno madness’, the term given to the variety of unpleasant symptoms women suffer from when going through the life change.

Zoe candidly told her Breakfast show audience this morning that she’s suffering from a range of experiences as she goes through the menopause including ‘rage, sobbing, heat and anxiety.’

Scroll down for audio 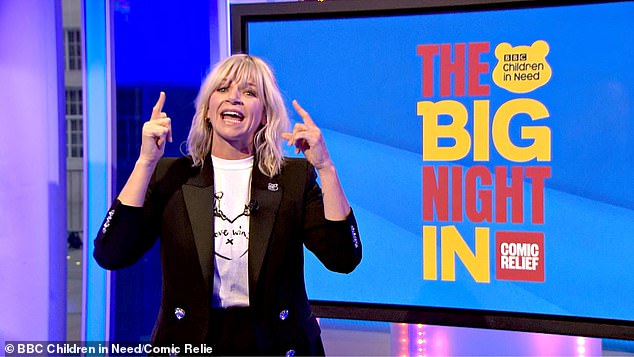 The Radio 2 star, pictured during last week’s Big Night In on BBC One, told her Breakfast Show audience that she’s currently experiencing a slew of unpleasant symptoms as the 49-year-old star goes through the menopause

Zoe was joined by EastEnders star Tamzin Outhwaite to discuss new lockdown drama Done Breeding, which is written by Julie Graham and features a group of friends going through the menopause together.

Ball, 49, said she was delighted there was a new show discussing the life change, and described her own symptoms, saying: ‘There’s ‘meno madness’, you get rage, you get sobbing, you get heat, you get terrible anxiety, you pile on the hormonal pounds – just stop me on the list here.’

WHAT IS THE MENOPAUSE AND HOW CAN YOU DELAY IT?

Menopause is defined as the changes a woman goes through just before and after she stops her periods and is no longer able to get pregnant naturally.

Some women go through this time with few, if any, symptoms, around 60 percent experience symptoms resulting in behavioural changes and one in four will suffer severely.

Last year, a fertility doctor revealed women can delay the menopause by up to 20 years with a 30-minute operation that tricks their biological clocks into thinking they are much younger than they are.

The surgical procedure, devised by the fertility expert who pioneered IVF, sees tissue from the ovaries, thawed, and then transplanted back into the armpit.

It also has the potential to extend fertility – though doctors say the aim is to postpone the menopause rather than give women the chance to have babies into their 60s.

Ovarian grafting, or ovarian tissue cyropreservation, involves taking healthy tissue from a woman’s ovaries to delay the onset of menopause.

The 30-minute operation, available privately in the UK, sees a surgeon take healthy cells from the woman’s ovary and freeze them in conditions of -150C.

Whenever the patient wants, they can be thawed and reinserted through the armpit.

When the ovarian tissue starts to function it produces hormones that prevent menopause from happening.

She thanked Graham on ‘behalf of menopausal women everywhere’, saying: ‘It’s just so joyous to hear that it’s a project where there’s a load of women who are going to be talking about it.

The radio star added: ‘We probably do need to talk about it more, for the kids and the husbands and the partners who have to go through it with you as well because it is quite a feat.’ 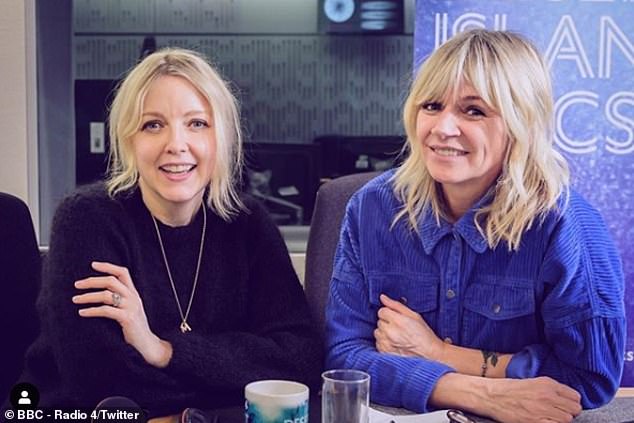 Zoe shared a sweet selfie alongside her son as she longed for him to come home from travelling on Tuesday.

The teenager left on a gap year back in January with plans to spend a year globe-trotting with his girlfriend.

However, due to the pandemic his plans of visiting both Australia and Hong Kong have been altered and he is now leaving New Zealand in three weeks to return home.

The throwback selfie showed the It Takes Two host and her son at home and she wrote: ‘3 weeks til the prodigal one returns from NZ fingers crossed – MISS YOU RAVE MONKEY’ 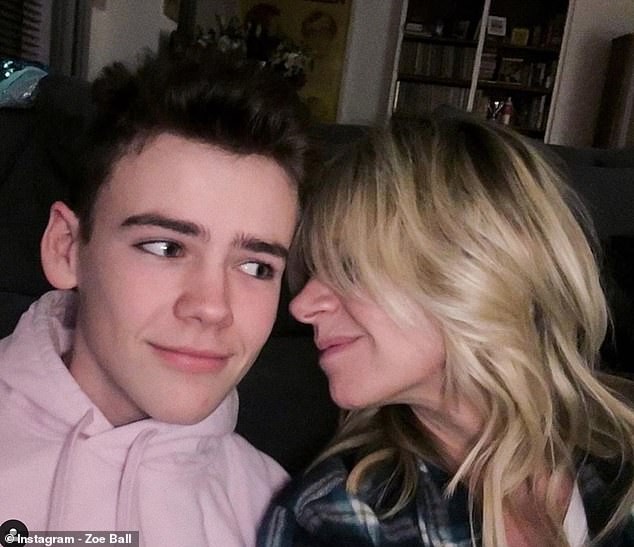 Missing him: Zoe Ball shared a sweet selfie alongside her son as she longed for him to come home from travelling on Tuesday 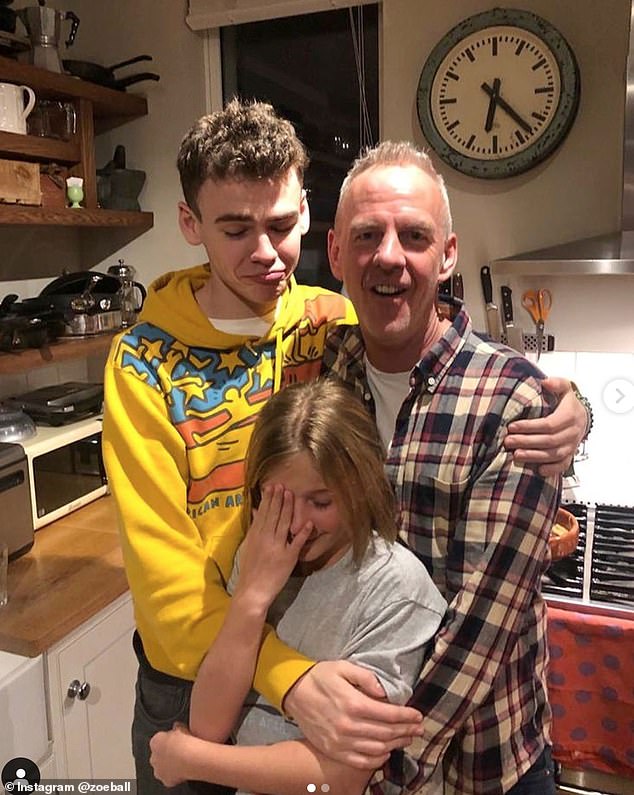 Back in January, the DJ shared a photo of her children and ex husband hugging as she told fans that her eldest was off travelling.

She shared at the time: ‘and he’s off…. there have been tears (from the rest of us not from woo ha)’

During his time abroad, Woody has kept followers updated on his own Instagram page and shared last month that due to coronavirus their plans had to change.

He said: Me and Amber having a mad one still. Gap year has been savaged though – No more Australia or Hong Kong and now we might have to go home half way through 🙁