To earn money as an influencer, you don't need millions of followers on Instagram like Kylie Jenner.

Some "micro" influencers — those with between 10,000 and 100,000 followers on Instagram — make thousands of dollars from brand sponsorships. Hiring this category of influencers, many of whom work on their digital businesses part time, has become popular among brands.

Brands seek out micro influencers because they often have high engagement rates. This follows a broader trend toward hiring online creators with smaller audiences, who can sometimes appear more authentic and cost less to hire than macro, mega, and celebrity influencers.

Industry insiders say that while follower size is important to a degree, it is a creator's engagement (which includes reach, likes, comments, and DMs) and how their audience converts that are most important to leverage when negotiating brand deals.

Micro influencers, however, face some obstacles as creators because they don't have huge followings and business teams behind them. Some micro influencers told Business Insider that they were often low-balled with compensation and sometimes only offered "gifting" or free product in exchange for content.

One method two micro influencers said they used to combat this was setting standard rates they charge for sponsored content as a starting point for brand negotiations.

"I always tell my clients that when you are in negotiating with brands, you want to make sure that you aren't low-balling yourself," said Britney Turner, a micro influencer with around 27,000 Instagram followers, who is also a content creator coach.

These influencer rates are often a starting point for brand negotiations and can vary based on the specifics of a brand campaign, like usage rights and exclusivity. Usage rights refers to the ways the brand can use the influencer's content, while exclusivity is when the influencer can't work with a brand's competitor for a certain period of time.

Business Insider spoke with four influencers who had under 50,000 Instagram followers about how they set their rates when negotiating paid sponsorships with brands.

The micro influencers are listed in order of follower count below.

Here's what they said: 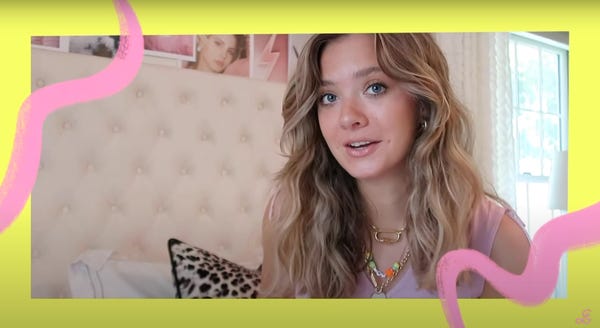 Like many other recent college graduates, Lindy Goodson found herself in her childhood bedroom not quite sure when or where she would land her first post-college job.

Now, she's working full-time as a content creator in Illinois after she started getting more brand deals in the last few months.

Goodson's social-media career took off this summer when she started focusing on her TikTok account, on which she has about 69,000 followers (and over 2.7 million likes). This has driven followers to her Instagram, where she now has over 20,000 followers.

So far, Goodson's brand partnerships have come about from brands directly reaching out to through her DMs or emailing her, she said. They have included Bud Light Seltzer and the clothing resale app, Poshmark.

As she learns the ropes as a new full-time creator, she's established her rates going off of what she's been offered and what other influencers are charging.

For Instagram Story slides and Reels, she doesn't have a rate with brands yet, but offers a negotiable range depending on how much content the brand is asking for. She charges less for a slide than for a static post, she said. 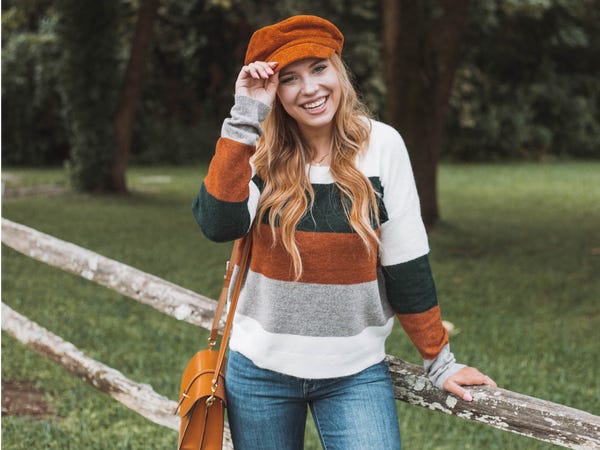 Caitlin Patton's digital brand is her top source of income, she told Business Insider in October. She earns money by promoting products for brands online and through affiliate marketing.

After her college graduation, Patton moved to Chicago and worked for a marketing company. Now, she works for herself, both on her brand as "Chicago Blogger" and occasionally consulting for local brands on social-media growth.

When setting her ask rates, she followed the $100 for every 10,000 followers guideline that some influencers use for brand sponsorships. But she has since learned to change her rates based on various factors like "usage," which means the various contexts in which the brand will be able to use Patton's content. On average, Patton earns about $1,000 for a campaign on Instagram, she said.

"Having a really good, strong support system in the industry is key," she said. "I started with the industry standard until I understood the other dynamics of it (usage, exclusivity) because that's what truly drives the number up past the baseline. I think my favorite campaigns, and the ones that are most successful, are the multiple posts." 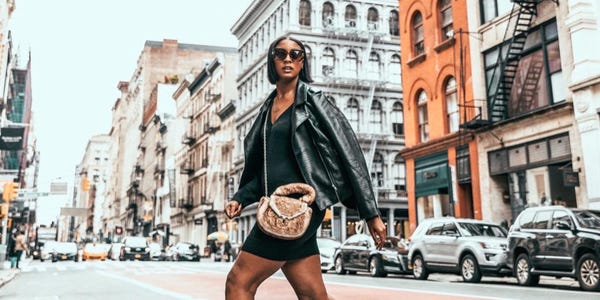 Britney Turner is a fashion and lifestyle micro influencer on Instagram. She's also a content creator coach and works closely with influencers on landing brand deals and pitching themselves.

Turner advocates that all creators, especially micro influencers and nano influencers, should set rates for themselves when working with brands. She said that brands sometimes take advantage of creators with this size of following, since gifting as compensation or low-balling are common.

She makes sure to include her rates in a media kit, which is a summary of her engagement rates and past content that she shares in emails when entering the first stages of securing a paid partnership with a brand.

"Most of the time, I don't even have to say anything, I kind of just wait to see if they are going to approach me with the rate and if it's better than what I would be asking for, then I would go with that," Turner said.

She said her rates are a starting point — negotiable with the brand according to the deliverables, timeframe, and relationship that's there.

How to create Instagram Stories with high engagement and reach, according to an influencer coach and an analytics company 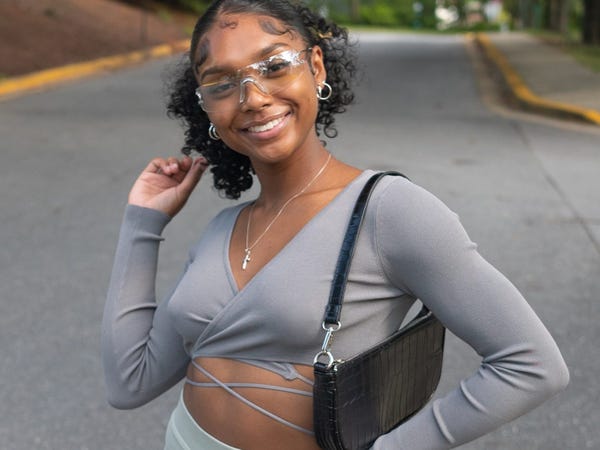 Recently, she decided to take her channel more seriously (she originally started her YouTube channel when she was 12 years old) and make social-media her side hustle.

"The shift definitely happened about a year ago," Jones told Business Insider in August. "When I really started to become serious about fashion and partnerships. That's when I really took it seriously and started to create content more consistently as well, and I started to reach out to brands about partnerships."

Like many influencers, Jones earns the majority of her money online through brand sponsorships. But unlike some influencers who have talent managers or agents, she pitches brands and negotiates all of the deals herself, she said.

She said she watched a lot of videos on how to price your content when working with brands and decided to create rates.

"I feel like a lot of people go wrong by emailing a brand's customer service email or just a random email on their Instagram page," she added. "I really try to ask for their PR representative or I'll try to reach out on my own."

An Instagram 'micro' influencer with 45,000 followers explains how much money she charges for a sponsored post and story slide