Home » TV and Movies » '90 Day Fiancé': Jihoon Asking His Parents to Get Deavan To Stay is Too Much For Fans

'90 Day Fiancé': Jihoon Asking His Parents to Get Deavan To Stay is Too Much For Fans

TLC’s 90 Day Fiancé documents couples who pursue an international love connection. But it isn’t always easy when your personal life is broadcasted on TV. Fans of the show have plenty to say about how the relationships are handled, and they aren’t shy about sharing their opinion. Jihoon and Deavan, a couple featured on 90 Day Fiancé: The Other Way, found this out when viewers took over Twitter to discuss a recent fight between the two. 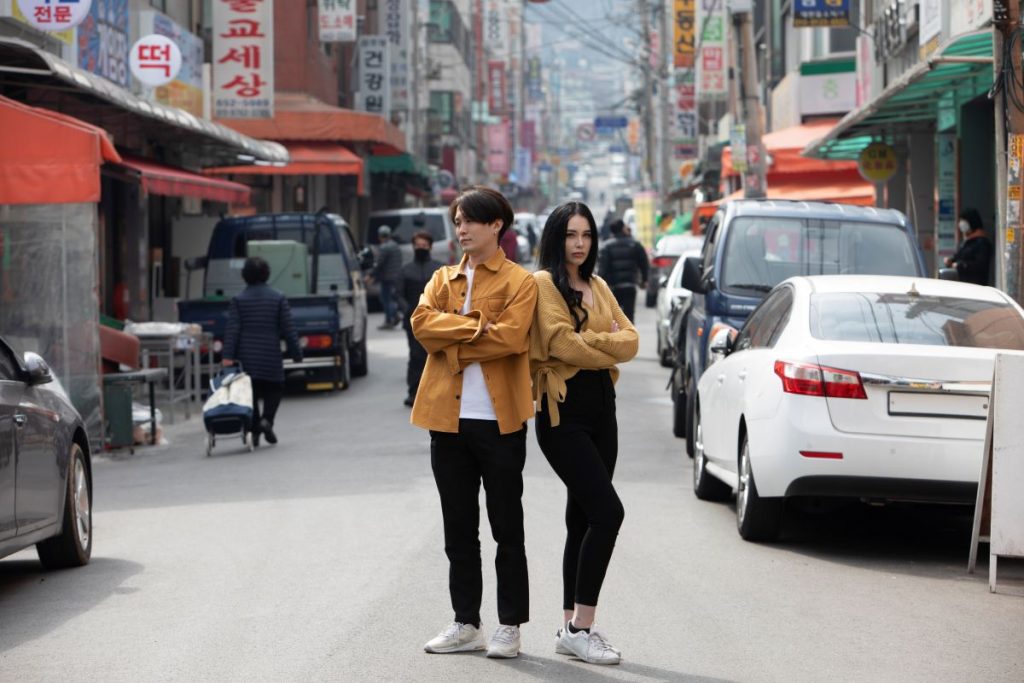 Jihoon and Deavan made a long-distance long connection

American Deavan and her South Korean husband, Jihoon, first made their long-distance love connection through a dating app. They spoke every day for three months and had an incredibly strong connection. So, Jihoon made plans to travel to Utah to meet Deavan in person.

On their first night together, even though they depended on translator apps to communicate, sparks flew. The sweethearts ended up conceiving a child. They found out the happy news on the same day which Jihoon was to fly back to South Korea. After taking six pregnancy tests to confirm the results, the couple starting making plans for their future.

Jihoon and Deavan were married and welcomed their son, Taeyang, into the world. But it wasn’t all smooth sailing for the new family. Jihoon’s parents weren’t pleased with the speed in which the relationship progressed, especially their quick pregnancy.

But eventually, they accepted Deavan, and even welcomed her into their home. She moved to South Korea with their new baby, and her daughter, Drascilla, from a previous relationship. Jihoon, Deavan, and the children are currently living at his parent’s house in the guestroom.

The new family has settled in South Korea, but it isn’t all going according to plan. On the latest episode of 90 Day Fiance: The Other Way, viewers saw Jihoon telling his new bride to “Just go back to America.”

The argument started after Deavan called Jihoon out in front of his parents for not having his finances together. She accused him of lying about his financial situation before she made the decision to move to South Korea.

Deavan ended up leaving that night to stay in a hotel. But after their emotions calmed, the couple met again to discuss the situation. Jihoon even asked his parents to come along, hoping they would convince Deavan to stay in South Korea.

Viewers couldn’t believe the way Jihoon handled the situation, and the pressure he put on his parents. “Jihoon trying to get his parents to make Deavan stay,” one fan wrote on Twitter with a laughing emoji.

In fact, Twitter was filled with fans who seemed to applaud Jihoon’s father, believing he tried to do the right thing. “Jihoon’s dad is stepping up more than he is,” one viewer tweeted. “Jihoon’s dad is the sweetest and always tries his best to make Deavan feel welcomed and comfortable. He’s ethereal,” another wrote.

But fans weren’t as impressed with Jihoon’s mom. “His dad is amazingly warm and sweet. His mom on the other hand is ridiculous,” one person responded. “Agreed!” Another fan wrote. “The mother is such a b**ch! And actually so is Jihoon!”

Jihoon’s mother attracted a lot of hate because she seemed to support her son’s immature actions, while the father recognized where Jihoon should have stepped up for Deavan.

In the end, Deavan decided to give her husband another chance, according to ET, for their baby’s sake. But she did give Jihoon a warning, “Within one month, if you haven’t changed, I will go back to America and I will take the kids back with me,” she said.