Attention everyone who thinks Outlander’s been a little slow this season: This week changes everything. Not only did a beloved character die, but Roger also might be dead, and in the middle of all that Jamie celebrated a milestone birthday and had truly hilarious sex with Claire. In other words, it’s been an emotional roller-coaster, but let’s start with the good news:

And he celebrates being half-a-century old by a) frolicking in a creek shirtless, b) announcing that he still gets erections, and c) having morning sex with Claire while she breathlessly sings “Happy Birthday” to him. It’s a wild ride, and I mean that in the most literal sense. Though, I think we can all agree it’s nice to see these two are once again having sex in a bed versus, ya know, in a horse stable at a wedding. 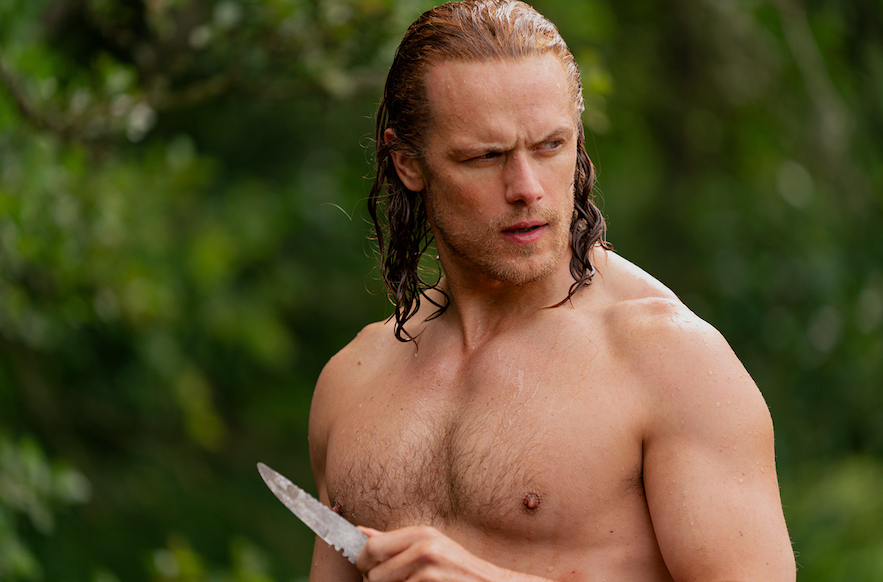 Unfortunately, the rest of Jamie’s birthday isn’t great. Some might even argue that it’s the worst birthday ever thanks to his fighting against his own countrymen in …

The Battle of Alamance!

If you’re ever confused about exactly when Outlander takes place, we have a pretty firm date: The Battle of Alamance happened on May 16, 1771. Many considered it a catalyst to the Revolutionary War, and Jamie is in a pretty rough position. Since he’s technically in debt to the crown, he has no choice but to lead his militia into battle against Murtagh—and things get more complicated when Brianna remembers the Regulators 100 percent lose. 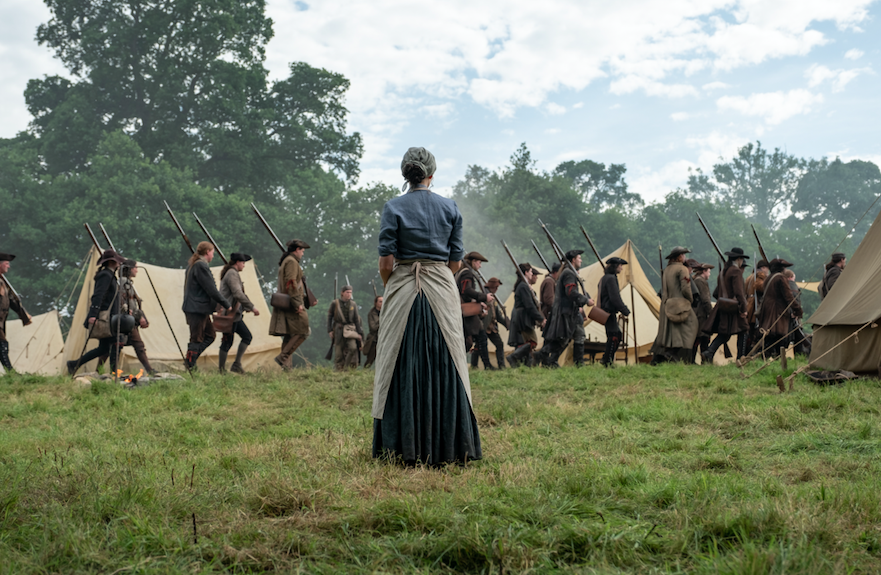 Despite the fact that stopping the Battle of Alamance could alter history (and prevent America from becoming … America), Jamie sends Roger to Murtagh’s camp in an attempt to encourage his men to stand down. Obviously, this doesn’t work out and Jamie is forced to put on a literal red coat and shoot at his own friends. It’s an extremely bloody battle that the Regulators ultimately lose, and tragically, Murtagh dies after one of Jamie’s militia members shoots him. Murtagh has been one of the best parts of Outlander and he’ll be well and truly missed—especially by Jamie, who understandably cannot cope with his death. To the point where he throws off his red coat, absolutely tears into Governor Tryon, and straight-up quits his association with the crown. You’d think this would be the most intense part of the episode, but so. much. more. happens.

Roger May or May Not Be Dead.

Um, I am very concerned about Roger. As I mentioned, this poor dude valiantly volunteers to sneak into the Regulators’ camp and tell Murtagh about the battle’s historical outcome, and on the way back he gets caught in a world of drama. Basically, Roger runs into Mistress MacKenzie (the woman he met on Stephen Bonnet’s ship), encourages her to come to Fraser’s Ridge with her family, and then gives her an innocent hug—which results in him getting hit in the face with the butt of a gun by her husband. 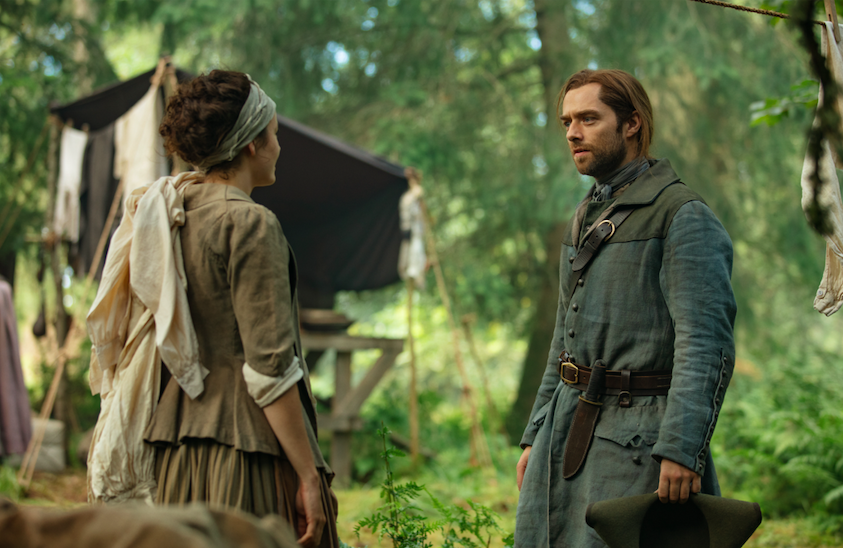 I very much doubt that this is the last we’re going to see of everyone’s favorite singer-songwriter, but the episode did end with Jamie, Claire, and Brianna finding a group of Regulators’ bodies with burlap bags over their heads—one of whom looked a lot like Roger. Fingers crossed he’s okay because two major deaths in one episode would be pretty extreme.

Side Note: Claire’s Penicillin Gets Destroyed.

Poor Claire cannot catch a break with her penicillin, and this week she’s out here minding her own business trying to treat injured men during the Battle of Alamance when one of Jamie’s militiamen purposefully steps on her syringe. Confused? So, remember Isaiah from a few episodes back who created all that drama by running away with Alicia? He showed up to help fight, and one of Alicia’s family members tried to kill him on the battlefield. Claire took Isaiah’s side, and her syringe got caught in the crossfire—which means now she has no way of staving off infection in injured soldiers. Here’s to hoping she has more moldy bread back at Fraser’s Ridge.