During the end credits of the new Netflix pic Hubie Halloween from Adam Sandler’s production banner Happy Madison Productions, tribute was paid to the late Cameron Boyce, who starred alongside Sandler in Grown Ups and Grown Ups 2.

The heartfelt dedication was included on a title card at the end of the movie saying, “I’n loving memory of Cameron Boyce. Gone way too soon and one of the kindest, coolest, funniest, and most talented kids we knew. You live on forever in our hearts and are truly missed every day.” 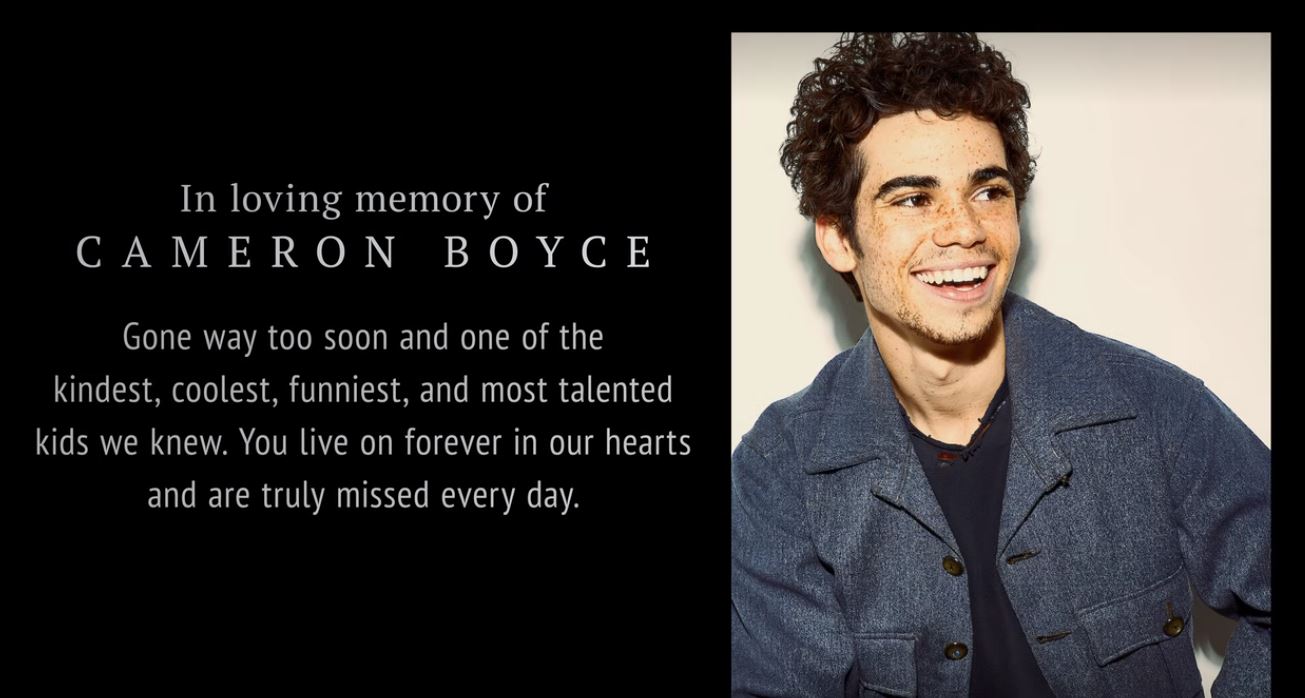 Boyce, who was 20 when he passed, starred as Sandler’s son in the aforementioned Grown Ups franchise. Boyce died last July after complications with epilepsy. After his death, Sandler remembered Boyce on his Instagram account saying, “Too young. Too sweet. Too funny. Just the nicest, most talented, and most decent kid around. Loved that kid. Cared so much about his family. Cared so much about the world. Thank you, Cameron, for all you gave to us.”

Boyce’s family launched the Cameron Boyce Foundation after his death to honor the actor. The organization looks to provide “young people artistic and creative outlets as alternatives to violence and negativity and uses resources and philanthropy for positive change in the world.” The foundation also partnered with the Epilepsy Foundation to raise awareness about epilepsy and the risk of sudden unexpected death in epilepsy (SUDEP).