Alastair Stewart, 69, joined Mercy Muroki in place of Colin Brazier, 53, on Tuesday’s edition of GB News and the pair spoke about the day’s headlines. One of the big talking points was Professor Whitty, 55, being harassed by a group of young men near St James’ Park in London. The broadcaster admitted the situation could have ended very differently due to the age of the Government scientific advisor.

The presenter condemned the fact the young men might have been having fun, stating it isn’t entertaining when someone ends up in a headlock.

“The other that struck me is when you think of the pressure that Chris Whitty and indeed Patrick Vallance, the pressure they’ve been on because they’re not politicians, they’re not trained to go public but they’ve had to do it,” Stewart remarked.

“And they’re of a certain age and suddenly a hand full of thugs come up and do this to them, you’re talking potential heart attack territory.

“Thank God it didn’t happen at that time I do think it is a very serious issue,” the broadcaster said as he shared his fears for the Professor’s health.

Stewart and Muroki were joined by Will Geddes, a personal security specialist, to discuss the matter further. 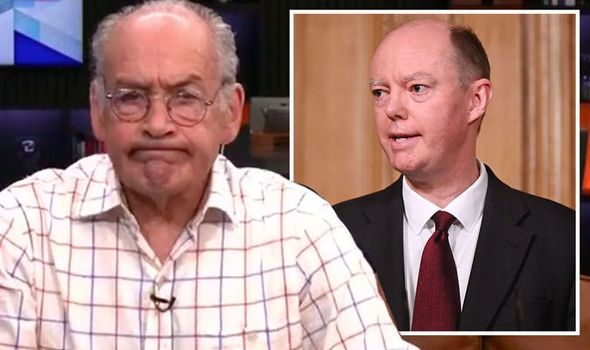 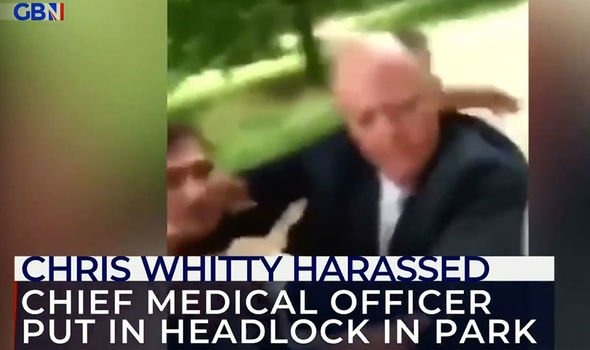 Geddes said Professor Whitty getting security personal was going to be a challenge due to his status within Government.

“The MET police are probably the best in the world when it comes to delivering security to politicians and yes, you do get the odd slip up from time to time.

“But nobody doesn’t have a slip-up. But in terms of the way they approach this, not only in terms of professionalism and techniques but also discretion.

“The politicians have very, very good protection but where the concern is with Professor Whitty is that he’s on that outer perimeter.” 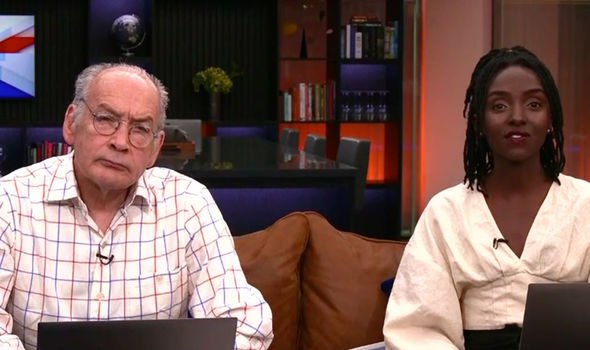 The guest continued: “He’s not a politician, he’s not part of the Government as such, although he is a specialist advisor and therefore as a direct result, people like Professor Whitty fall through the gaps.

“In terms of approachability, you want to strike a fine balance. Having looked after many celebrities over the years, again, you’ll always have that argument with the celebrity where they go, ‘But I need to be approachable to my fans’.

“You evaluate those problems as and when they happen and that’s where your security officer is best placed.”

As the show aired on Tuesday morning, Prime Minister Boris Johnson, 56, spoke out on the attack on his colleague.

Johnson said in a statement on his official Twitter account: “I’m shocked at seeing the despicable harassment of Chief Medical Officer Chris Whitty.

“I condemn the behaviour of these thugs. Our hard-working public servants should not have to face this kind of intimidation on our streets and we will not tolerate it.”

Vaccine Minister Nadhim Zahawi, 54, also took to the social media platform to share his views on the attack.

“This is disgusting and these thugs must be found and charged. Zero tolerance for harassing a public servant,” he wrote.

The incident occurred on Sunday and according to the MET Police, those involved have been spoken to about their actions.

A spokesperson for the authorities said: “We are aware of a video being shared online showing an incident in St James’s Park.

“Officers spoke to all those involved at the time and their details were taken. We are in contact with the victim and the circumstances continue to be investigated.”

Professor Whitty has not yet spoken out on the incident.

Brazier and Muroki airs weekdays at 9am on GB News.