The One Show was presented by Alex Jones and Gethin Jones this evening and joining them live in the studio, from his respectable social distance was Christopher Eccleston who spoke about his appearance in the third series of The A Word. Closing the show however he read out a beautiful poem which was dedicated to all NHS workers during the coronavirus pandemic currently sweeping the nation, and it moved Alex to tears.

“Now that’s almost all we’ve got time for tonight,” Alex began. “But before we go, Chris is going to perform a poem called ‘Our Heroes’ which is a really nice tribute to NHS workers.”

Gethin added: “It was written by Matt Kelly a fellow Salford lad who was inspired to write it after hearing the challenges his partner faced working as a district nurse.

“Chris the floor is yours.” 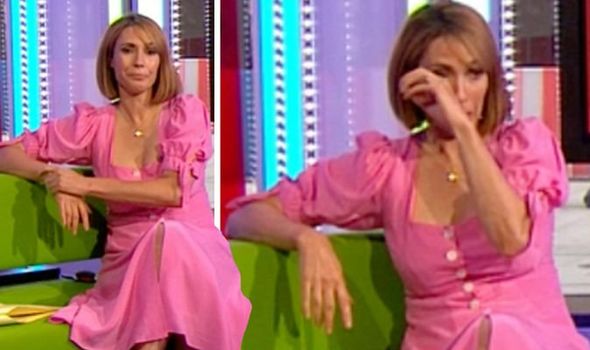 The camera then panned to the left hand side of the studio where the actor could be seen standing up ready to begin.

“I’ll tell you a tale that’s been recently written, of a powerful army so great it saved Britain,” Chris started.

“So many of us owe so much to so few, the brave and the bold our heroes in blue.

“Let’s line the streets and remember our debt. We love you our heroes lest we forget.” 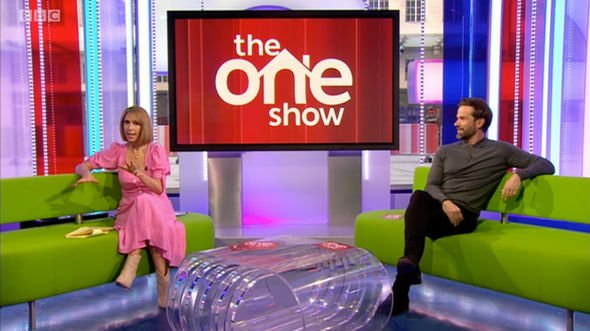 And with that Chris finished and Alex could be seen wiping away tears.

“That was pretty special,” Gethin confirmed.

“You can see Chris in the A Word, nine o’clock on BBC One. I bet I’m not the only one [crying]!” Alex added. 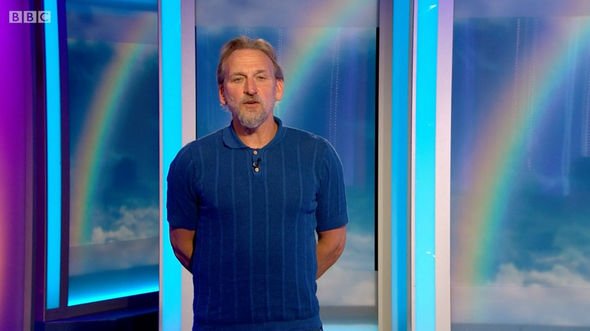 “No not at all, we’ll be back tomorrow at seven where we will be joined by Rod Gilbert. Thank you for all our guests tonight, we’ll see you tomorrow,” Gethin ended.

And indeed, many watching from home were also touched by the sentiment.

Taking to Twitter to comment, one said: “@MissAlexjones #TheOneShow No Alex, you certainly weren’t the only one.”

“Very powerful reading of the NHS poem by Christopher Eccleston,” someone else commented.

Another added: “In tears here. That poem was very true and moving.”

“Aww @MissAlexjones I was in bits too over Christopher’s beautiful poem,” a tweet read.

Elsewhere on the show, Alex scolded Gethin after he made a cheeky remark about their past.

The One Show airs weekday evenings at 7pm on ITV.