AMANDA Holden looked incredible in a low-cut jumpsuit and boots – despite getting caught in the rain. 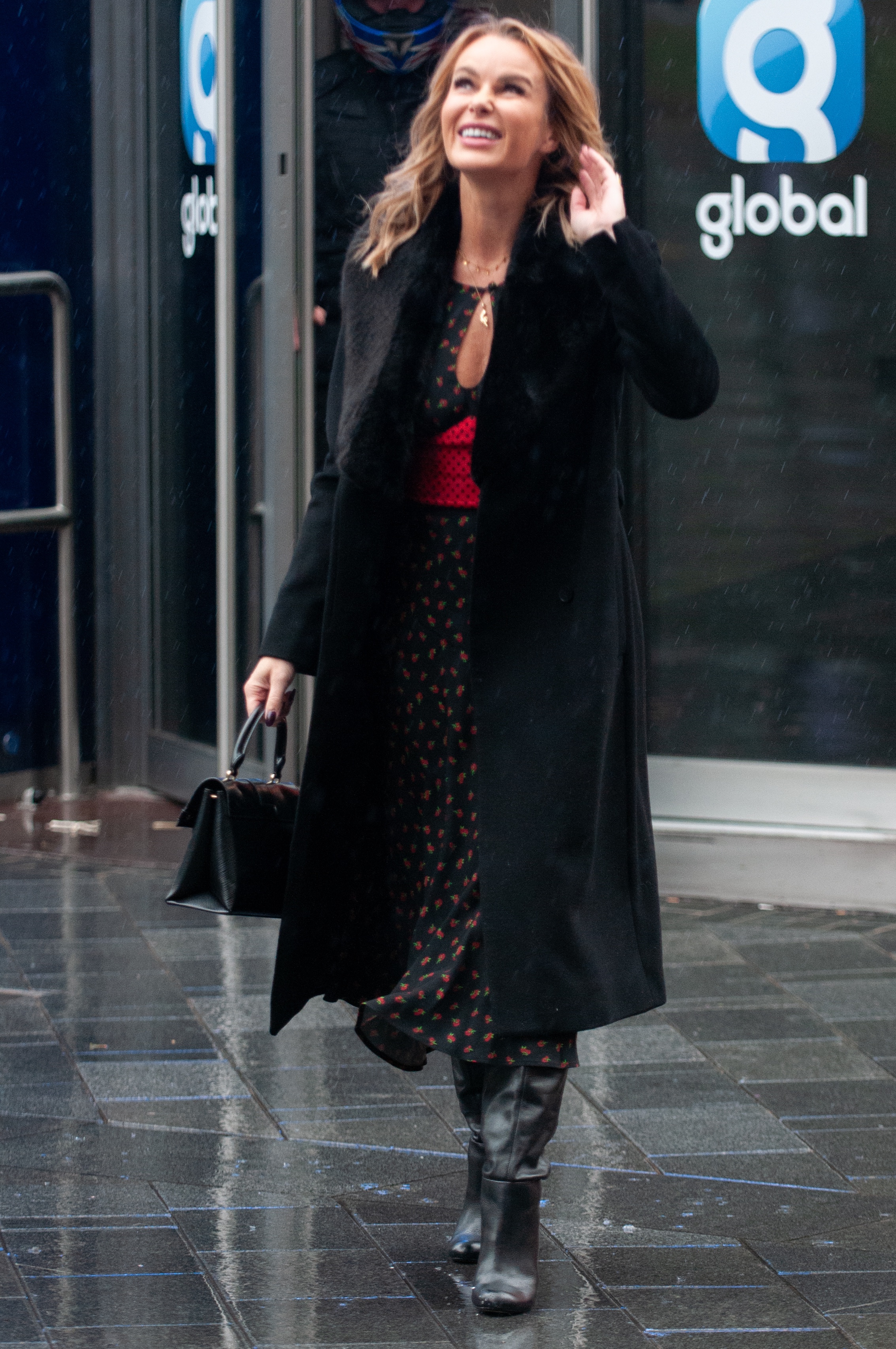 Amanda was spotted heading out of the London offices before hopping onto the back of a motorbike.

The presenter cut a fashionable look in a £139 Coco Fennell keyhole printed dress.

She completed the stylish outfit with a pair of black boots and a long coat.

Moments after stepping onto the street, the busy mum-of-two was caught in the rain as she rushed to a nearby motorbike for cover. 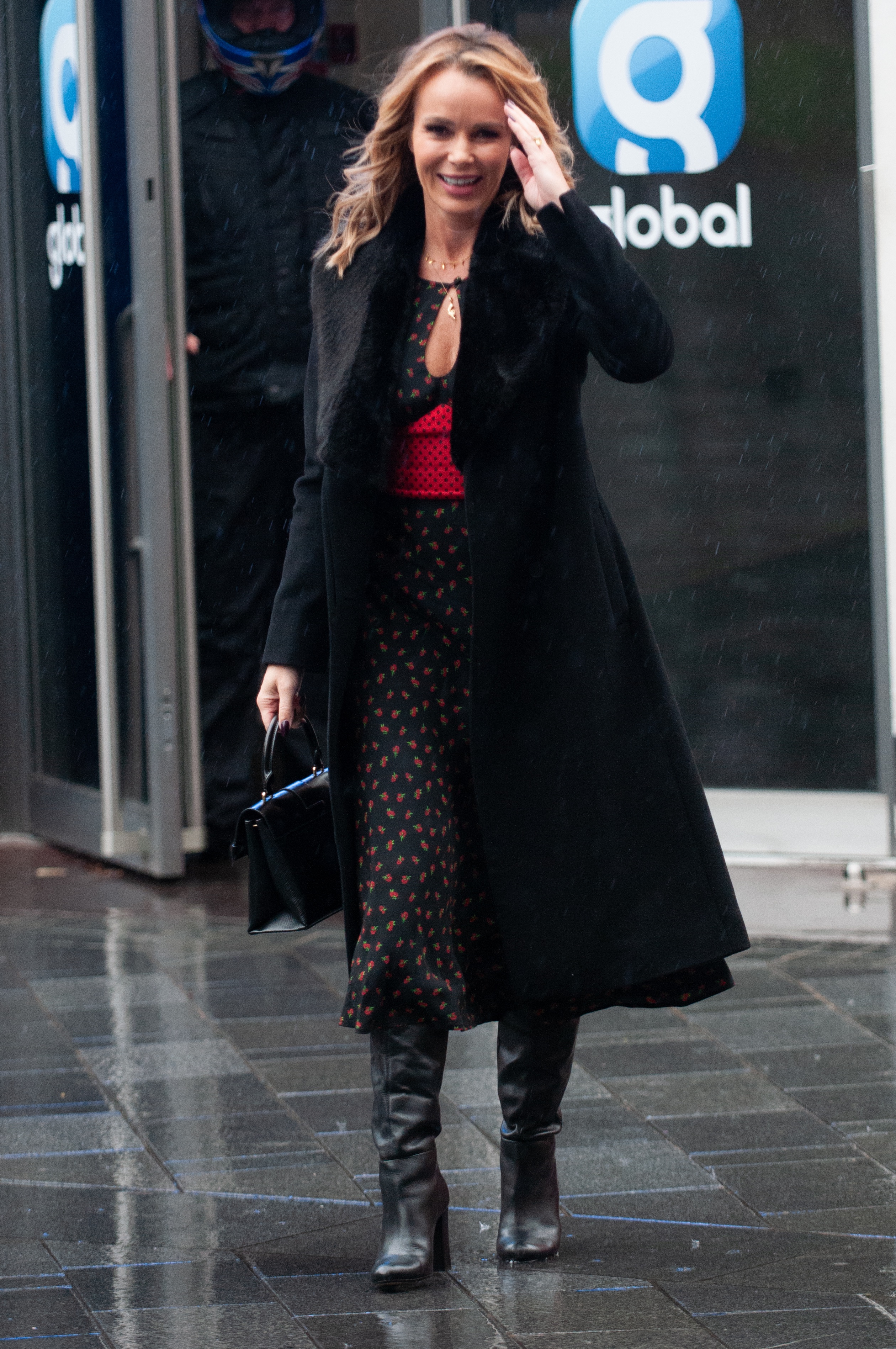 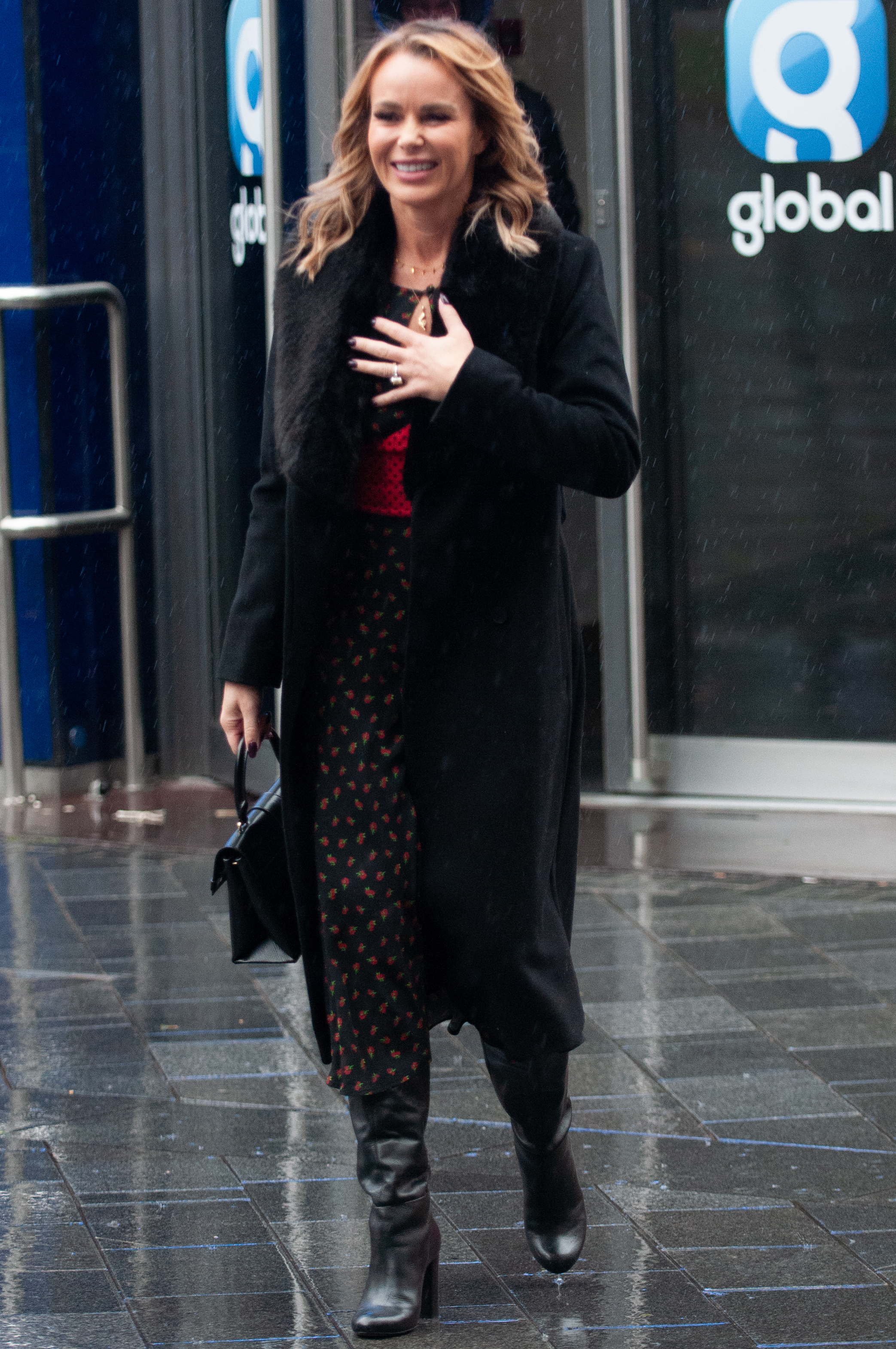 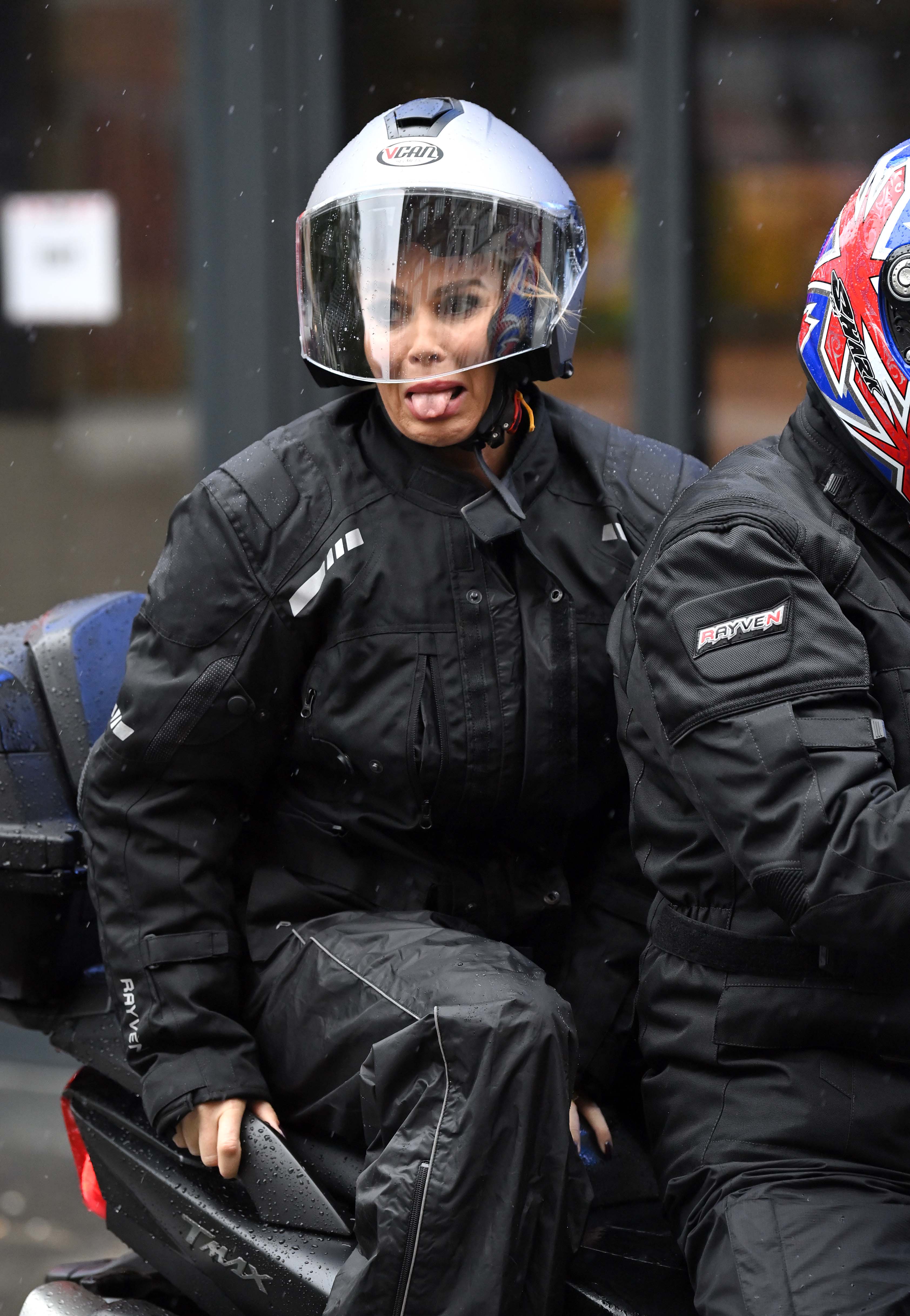 Amanda took shelter underneath a trusty helmet and rainproof clothing as she playfully posed on the back of the bike.

The presenter has truly been wowing her fans with her fashion all week.

However, she appeared to cause a stir after wearing a low-cut dress that fans claim showed her nipples on Britain’s Got Talent.

The star wore a revealing blue gown on Saturday leading to 235 objections to the TV watchdog. 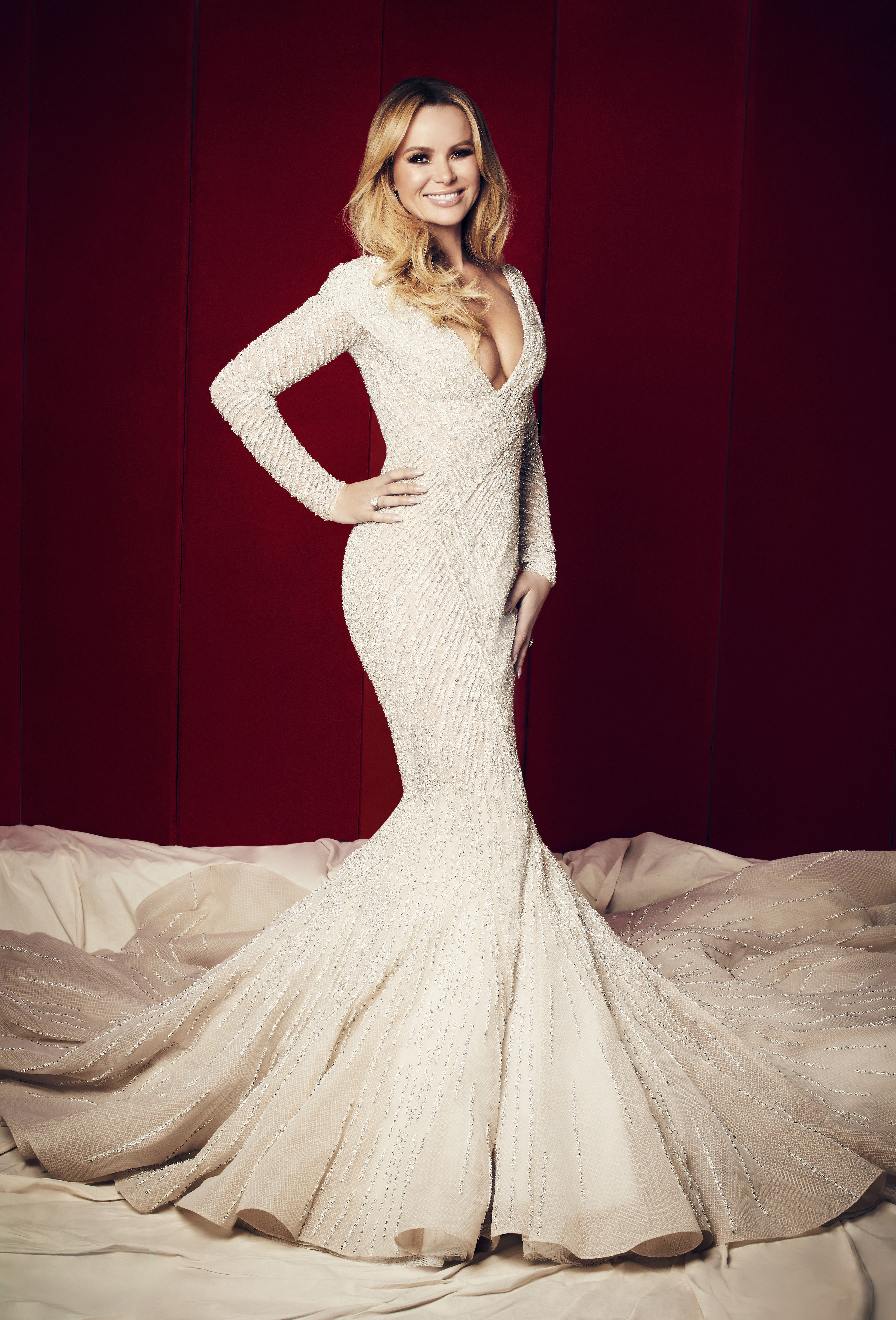 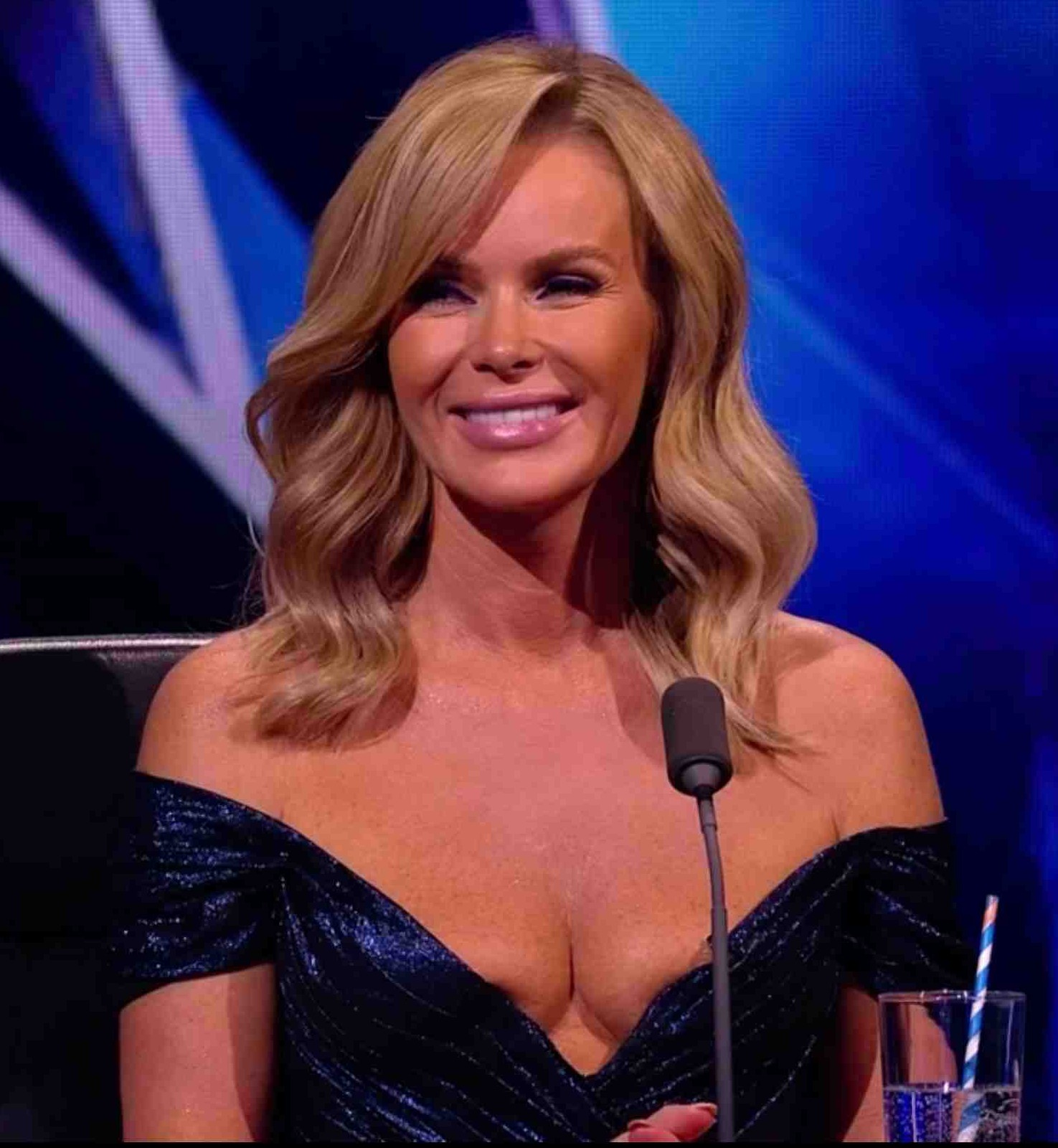 Amanda has since laughed off the latest controversy — and vows to keep wearing what she loves.

She told The Sun: “There’s now a whole body of people that knock on my door and come and stare at my chest before we go on air.

“There’s a t*t committee. There are so many brilliant people, they come down, knock on the door and there’s the lady who’s the producer who said, ‘Mandy, it looks great’.

“She said, ‘I can see it’s underwired’ — people thought it was my nipple they could see but it was the underwire.

"My husband does describe them as being like football studs, but that’s probably too much information.

“But yes, there’s a whole committee now, and a head of the committee.

“I won’t name her, but she’s female. She is a good, strong woman and she’s on my side.”