Home » TV and Movies » ‘American Pie’ Was Once Rated NC-17; Here’s How They Got It Lowered to R

‘American Pie’ Was Once Rated NC-17; Here’s How They Got It Lowered to R

Perhaps the movie American Pie changed how people perceive buying and eating pies after the movie hit theaters in 1999. Then again, 21 years after it first released, it might look slightly tame compared to what other movies have attempted since. Back then, no teen comedy dared deal with content this film had without gaining an NC-17. Prior to that rating, it would have received an X and never made any money at the box office.

The Motion Picture Association of America kept pushing for an NC-17 rating because of that notorious scene with Jason Biggs and an apple pie. It turns out the only reason the film was given an R was due to a bizarre technicality. 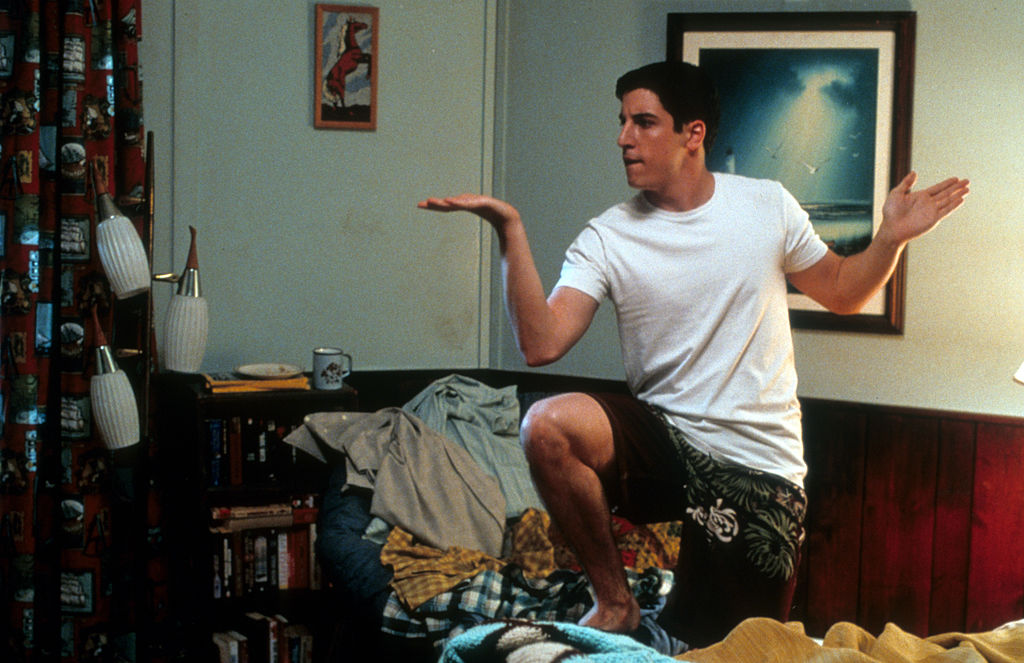 Dealing with the MPAA has provided headaches for a number of daring filmmakers over the years. Likely no other film of the late ’90s provided as much controversy than American Pie did with those heading the MPAA.

Jason Biggs recently discussed this in the Justin Long Life is Short podcast. During the show, Biggs gave an overview of his career and how he latched onto the raunchy teen comedy market in the ’90s just when it was taking off. At one point, Biggs goes into detail about how the first American Pie received the rating it did.

The MPAA viewed the film multiple times after four different cuts of the film were screened. Each one kept getting a vote of NC-17 from the board, frustrating the producers who were making the film for teens. Biggs says Universal knew the film would at least never be PG-13. Finding middle ground toward an R rating is one proving how unintentionally amusing the rules can often be for certain rating designations.

No precedent for getting it on with a pie

RELATED: Cult Classics on Netflix Everyone Needs to Watch at Least Once

As Biggs continued to explain, the reason the MPAA kept rating the film NC-17 was due to the depiction of sex with a pie. The MPAA board was basically stumped on how to deal with it since the scene had no prior precedent.

After some meetings, Biggs says the MPAA finally agreed to an R rating, only if the number of thrusts from Biggs into the pie were fewer than previously shown. Biggs and Long chortled their way through this podcast segment, and rightly so.

If a few people might find that scene a little much for a teen movie, seeing the MPAA figuring out how to lessen its impact is more than a little surreal. Since no other scene like it has been done in 21 years, reducing the number of thrusts was never set in cinematic stone.

Nevertheless, Biggs noted everyone involved felt a sense of accomplishment being NC-17 for a brief time. Said Biggs: “We wore it as a point of pride. We were psyched.”

A lot of people still argue the case that a movie like Showgirls received an NC-17 rating, yet American Pie received an R for similar content. Well, as someone on Quota notes, Showgirls used sex in a darker way, where American Pie used it for comedic purposes.

How the MPAA determines a rating, though, is still a mystery. Biggs notes in the Justin Long podcast the MPAA is a small group of people, making the decisions they put forward almost like a covert, mini governmental body. The fact that the MPAA stays fairly secret never helps their reputation, if still deciding ratings to this day.

Those who prefer more family-friendly films may have agreed with how the MPAA handled American Pie. Most ironic is the first film kicked off a long string of other films using the banner title. While all are rated R, none of them have any scenes that had the MPAA scrambling all over again.