Antiques Roadshow expert disappointed at low valuation of Dior necklace: ‘What a shame!’

Antiques Roadshow ventured to the Bristol Aerospace Centre for the moment in question as Lisa was joined by a young guest who had brought along her grandmother’s necklace for valuation. The expert on the BBC show was amazed by the piece of Dior jewellery. However, she couldn’t hide her disappointment when she made a closer analysis of the item and discovered there were some stones missing which significantly decreased the true value of the relic.

Explaining a bit more about her grandmother got her hands on the necklace, the guest said: “I think she bought it from a little village market in Llancarfan in South Wales.

“And she bought it for about two and six, I think,” she added before the expert assumed the youngster knew it was a Dior piece.

“You’ve seen the little label on the back of it. Well, Christian Dior was a very interesting man,” she explained.

“Because not only was he a couturier, he was a businessman as well and he was the first one really to create jewellery specifically for outfits.

“So he’d do a collection and then he would do sort of matching jewellery for it as well,” Lisa told the guest. 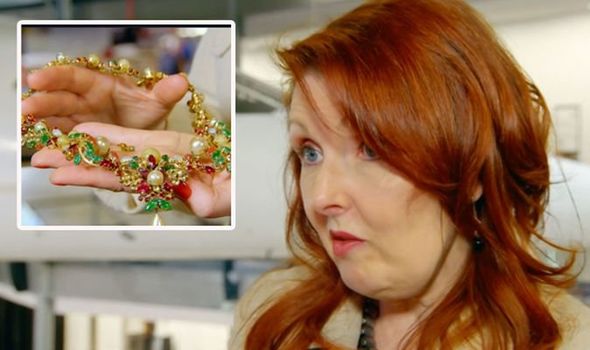 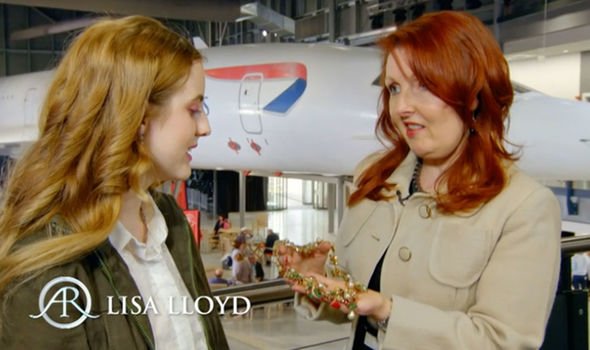 “I didn’t know that either,” the youngster replied to which Lisa asked if she had ever been tempted to wear it.

“No, I’m a bit scared to because it’s so kind of, so bold,” the guest replied before the expert delved a bit deeper into her analysis.

“It’s generally what’s known as tutti frutti jewellery. So obviously, that translated means ‘all the fruits.’

“So we’ve got our various fruits, little bunches of grapes and what looks like little oranges or peaches,” Lisa revealed as she described the piece. 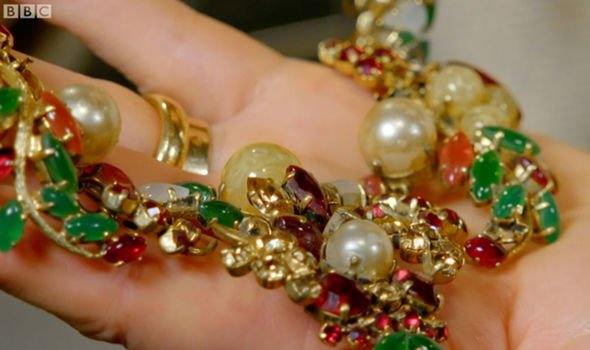 “It’s also dated, so I don’t know whether you’ve noticed on the cloth, it’s actually dated 1962,” the expert continued.

“So that very specifically gives us the date on it. Now, Dior didn’t actually manufacture them themselves.

“They had a number of manufacturers make things for them and in Paris at that time, so there were numerous costume jewellery manufacturers.

“And I think this is probably by a company called Henkel and Grosse who produced quite a lot of Dior jewellery from this period.”

That will impact on its price

Lisa added: “These are what’s known as sort of parure jewellery and often they would have had a necklace and matching earrings as well.”

The guest made an admission as she explained: “Yeah, I know that they came in the original box with matching earrings but over the years they’ve just gone missing.”

“Oh no, what a shame,” the expert replied, before noticing some of the stones were missing from the piece of Dior jewellery.

“That will impact on its price,” she remarked, before going on to detail the lower value she would give the item.

“Given that, I would think currently you’re probably looking at maybe £600 to £800 for it,” Lisa explained and although she was disappointed, the guest seemed quite pleased.

“Oh, wow. I wasn’t expecting that much, actually,” she replied, but the expert then revealed what the true value of the necklace would have been.

Still gobsmacked by the price of her grandmother’s jewellery, the youngster added: “That’s amazing.”

Antiques Roadshow is available to watch on BBCiPlayer.