Fiona, 56, is best known for hosting proceedings on the show and usually listens in as experts analyse the relics brought to the numerous locations Antiques Roadshow visits. Arriving at the Aerospace in Bristol for a recent repeat of the BBC programme, the presenter had her eye on the first-ever edition of a Blue Bristol 400 car. However, instead of a motor specialist telling her how much it cost, the newsreader decided to step into a new role and she was the one who revealed how much the vehicle would cost at auction.

Speaking with guest George, the presenter said as she explained the backstory of the vehicle: “This car is virtually in the DNA of your family because your great-grandfather started the aircraft production company here at Bristol Filton.

“Then your grandfather and father carried that on but diversified into car production,” Fiona added before the guest stepped in.

George shared: “They did, after the Second World War. It turns out to be the first car that was ever sold.

“There were two or three prototypes made, and then this was the first semi-production car sold,” he continued.

In total admiration of the motor, the host remarked: “I must say, the design of it is gorgeous. It’s just such a beautiful thing.” 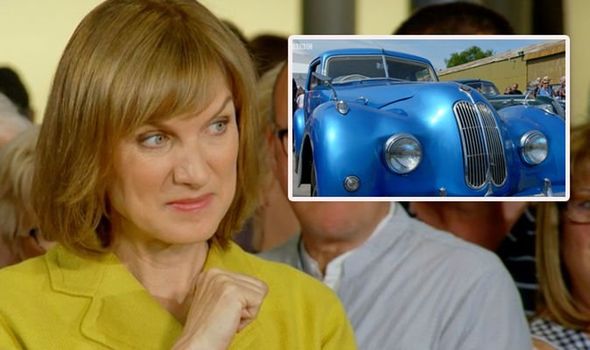 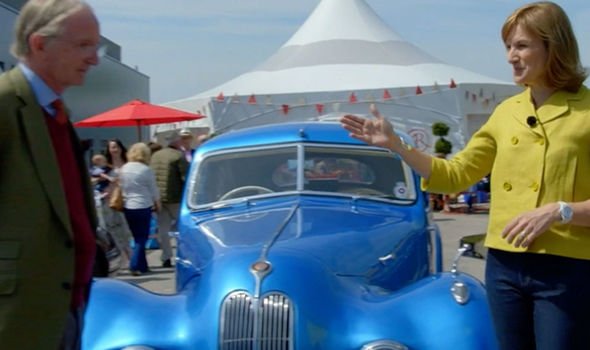 The guest added: “The design went down very well with the public, but certainly within the Bristol Aeroplane Company, there was some suggestion that it might be a little out of date.”

As the vehicle shone in the sun with its blue coating, George explained: “It was derived from the prewar BMW, and therefore was not the latest design.

“And my father replied to the criticisms with quite a sharp note, saying that if anybody was responsible for the shape of the car, it was him.”

“I love the colour. Though it’s not the original colour, is it?” Fiona asked to which the guest told her she was correct. 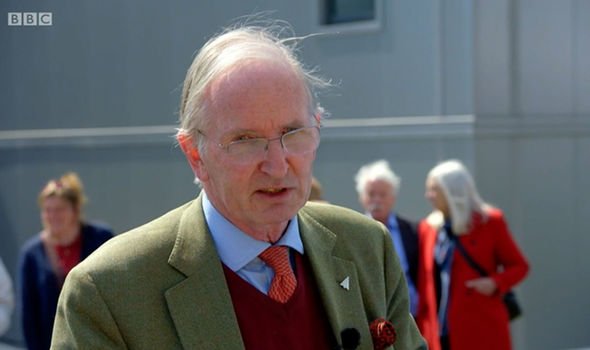 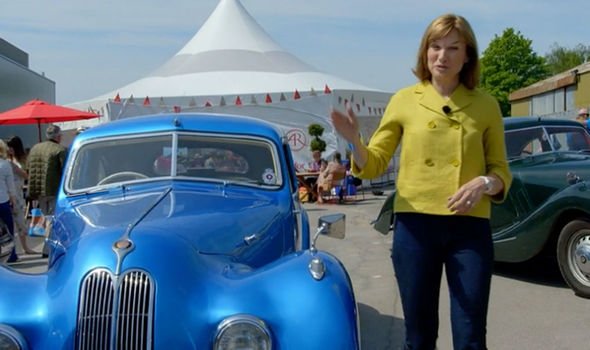 George replied: “Well, the first prototype cars were a strange, duck-egg blue and I suspect that they were ex-naval paint because they literally couldn’t buy any paint to put on the cars.

“And then I have a letter from my father that says, ‘Good news, this car will be delivered in May,’ because they had got some paint and it was black.”

Speaking of her new role giving valuations, Fiona commented: “I was talking to some our experts and a beautiful Bristol 400 like this, aficionados would want the original paintwork restored.”

“And rising and it may be a little rough around the edges, but it’s still the first that was ever sold,” George continued.

Taking to Twitter after hearing Fiona’s valuation, those watching at home couldn’t get over the cost of the Bristol car.

Not everyone was appeased as a third commented: “Fiona unless you’re going to get an expert on to value the car I don’t care. This is #AntiquesRoadshow, not Top Gear.”

CAN’T SEE THE POLL BELOW? CLICK HERE TO OPEN IN YOUR BROWSER

Fiona has now held the role of host for 13 years and has previously spoken out about what makes the programme so popular.

“I think it’s amazing that the Antiques Roadshow is essentially the same as it has been for 40 years and it’s still hugely popular.

“What makes it eternally popular is probably what I love about it – that we all hope that we could have something gathering dust on the mantelpiece or in the attic that either turns out to be very valuable or has an amazing story.

“It happens week-in, week-out and you’d think that the world would begin to run dry and it hasn’t. We still find amazing things every week.”

Antiques Roadshow continues Sunday at 8pm on BBC One.