Katy Perry and Orlando Bloom make a great couple. They have only grown closer since the start of their relationship, and have often been expressive about how much they mean to each other. What brightened the smiles on the pair’s faces was the birth of their daughter, Daisy Bloom, on August 26, 2020.

Baby Bloom’s arrival was a defining moment in their relationship. Bloom and Perry have been responding so warmly to parenthood, too. A source told Entertainment Tonight that Perry “has been incredible with her daughter and is obsessed with her,” adding that, “the couple and their love for one another had grown to a level they didn’t even expect since the arrival of their daughter.” According to the source, Bloom and Perry “can’t get enough of their daughter.” While the experience is new for Perry, Bloom has already felt the responsibilities of fatherhood — the “Pirates of the Caribbean” star shares son Flynn with ex-wife Miranda Kerr. The source also told the outlet that the “couple has been flooded with love and kindness” since giving birth. “Their friends have been sending them gifts and words of encouragement non-stop,” the source explained.

Sounds like Bloom and Perry’s relationship is thriving. And now that they have a child together, fans have been wondering where they stand as partners. Are Perry and Bloom already married? What happened on Father’s Day might have a message for all the fans. Here’s more! 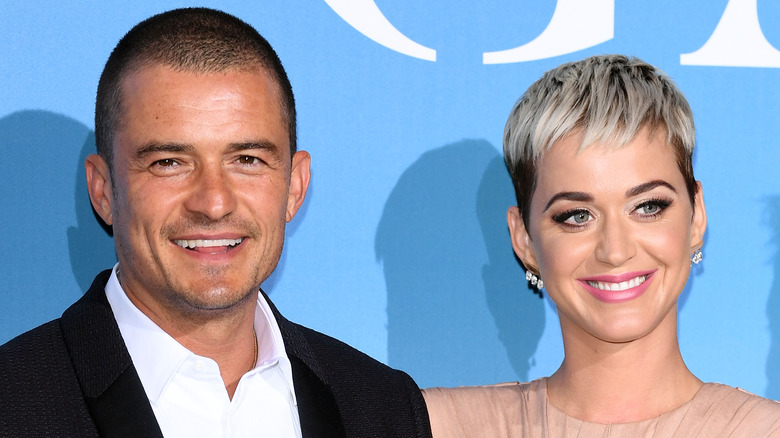 When singer Katy Perry posted an image of Orlando Bloom with a band on his ring finger to celebrate Father’s Day on June 20, the ring’s placement left fans wondering if that marked a step forward in their relationship. Perhaps it was a subtle hint that Perry and Bloom are married or have a wedding in the works? Well, as it turns out, it was not a ring exactly, but a band which Bloom wears to keep track of his health.

The band that Bloom was wearing in the Father’s Day picture that Perry shared was his Oura sleep ring, a tech band that the fitness-conscious father of two uses to track his sleeping habits (per the Daily Mail). So that’s the mystery of the ring. It turns out fans of Bloom and Perry might have to wait a bit for an official confirmation — maybe a song by Perry which announces they are going to get married? Add that to their dream-like relationship. Either way, the message Perry shared on Father’s Day signified that she is really passionate and thankful about having Bloom in her life — as a partner and as the father of their daughter.

“Happy first Father’s Day to… the healer of my heart and the giver of my greatest gift,” Perry gushed on her Instagram post. “I love you WHOLE world!’