Antiques Road Trip experts Steven Moore and Natasha Raskin Sharp travelled through North Yorkshire and Tyne and Wear in a recent episode of the show as they attempted to find some antiques they could turn a profit on. The pair battled it out on the BBC show, but it was Natasha who secured a huge profit when one of her items sold for four times its value.

Natasha began searching around an antiques shop when a collection of ceramics caught her eye.

She said: “I feel there’s something that stands out on this table.

The antiques expert then pointed towards two small ceramic barristers that doubled up as napkin rings, saying: “The barristers here, they scream Carlton Wear of Stoke on Trent.

“They are obviously quite tongue in cheek,” Natasha added. 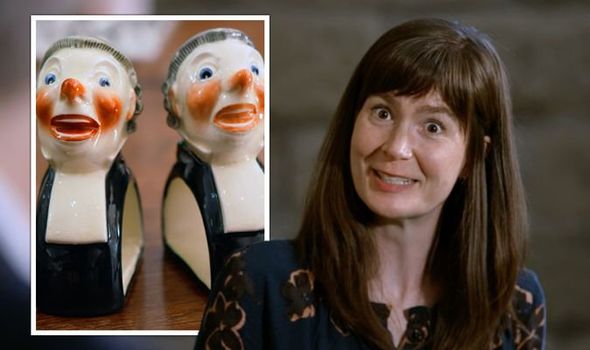 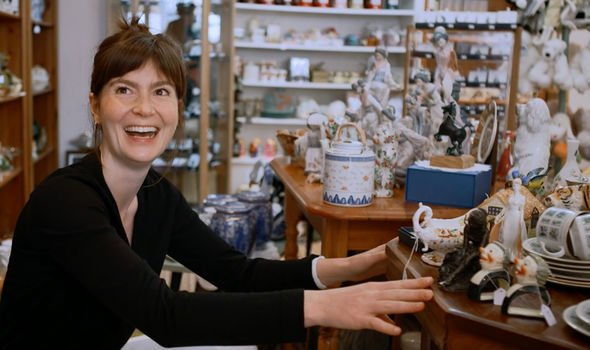 She described the features of the items saying: “The wee barrister has a bit of a ruddy nose and some ruddied cheeks.

“He’s getting heated in the argument in the debate. He objects, but I don’t think I object to their style.

“I think that they’re quite… I think I’d say sustained. I think I say go on Carlton Ware.

“I quite like these,” she exclaimed before speculating about the age of the barristers. 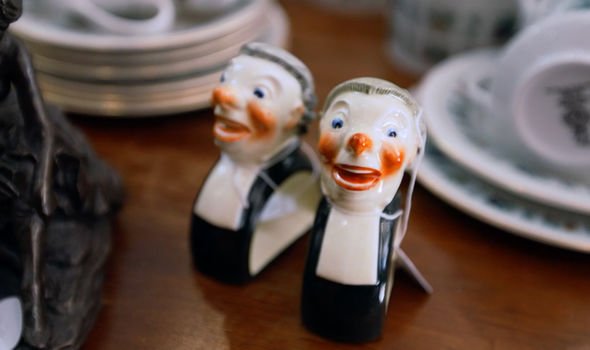 She asked the shop assistant the price and was told the barristers came in at £10 each.

After considering the price for a moment she exclaimed: “Okay let’s just do it!”

Later on, Natasha’s ceramic napkin ring barristers went up for sale at auction.

The auctioneer started the bidding at £20, the same price Natasha had paid for the two napkin rings.

But, the bids began rolling in and soon there were offers for over double the price.

Watching on as the bids reached £45, Natasha said: “Are you serious?”

“Seriously?” the amazed antiques expert asked again as the offers continued to climb.

The barristers eventually sold for £80, four times the price Natasha paid for them.

“I think you should be on the throne, not me,” her co-star Steven Moore joked.

“Do you know something? They did me proud,” Natasha concluded.

Antiques Road Trip airs on BBC One on weekdays at 4.30pm.