As has become the norm with live television in recent months, Dan Walker and Louise Minchin conducted today’s BBC Breakfast interviews via video link. As a result, Conservative MP for Wimbledon Mr Hammond decided to join the BBC presenting duo from Portugal. However, his decision to do so irked several viewers who questioned why Mr Hammond was abroad amid the Government’s latest travel advice.

According to the latest on gov.uk and the FCO, Portugal is exempt from the “all but essential” international travel advice, but only The Azores and Madeira.

Mr Hammond didn’t clarify which part of the country he was reporting from but Express.co.uk has contacted for comment.

Nevertheless, many BBC viewers decided to voice their discern at the interview, claiming the MP was “having a laugh”.

“PORTUGAL!!!! are you having a laugh Stephen Hammond!!!! #BBCBreakfast,” fumed one viewer on Twitter. 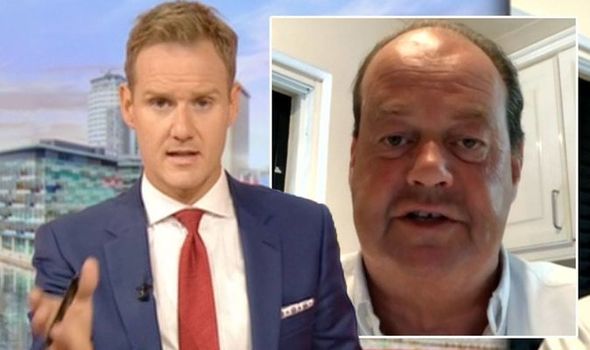 A second quizzed: “@[email protected] why is Stephen Hammond in Portugal? Isn’t government advice only essential travel there?”

Another added: “@BBCBreakfast I want to know why an MP is in Portugal, did not think we were allowed to go!!!”

“@BBCBreakfast why is that conservative mp in Portugal when it’s essential travel only ????” queried a fourth.

While a fifth added: “Conservative MP on @BBCBreakfast right now, speaking from Portugal… Isn’t Portugal still on the don’t travel to list? What ‘essential’ travel took place there I wonder?” 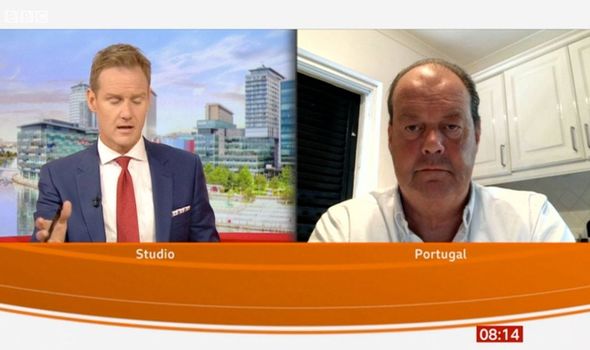 While it caught the eyes of some viewers, Dan was more concerned on probing the MP about the recent A level results being dished out to students and the controversy which has followed.

Asking what the Government’s current stance on the issue is, the BBC Breakfast host quizzed: “Where do you think we stand this morning?”

Mr Hammond replied, taking aim at OFQUAL: “Well, we stand in this morning in complete uncertainty with the appeals process.”

Dan was also keen to hear from the MP about Education Secretary Gavin Williamson’s decision to not appear on the show to face questions.