Home » TV and Movies » 'Below Deck Sailing Yacht': Jenna MacGillivray Says She 'Got Lost' This Season

'Below Deck Sailing Yacht': Jenna MacGillivray Says She 'Got Lost' This Season

Jenna MacGillivray admits that watching the latest episode of Below Deck Sailing Yacht wasn’t easy. She didn’t take Captain Glenn Shephard’s criticism well and was angry that he confronted her. 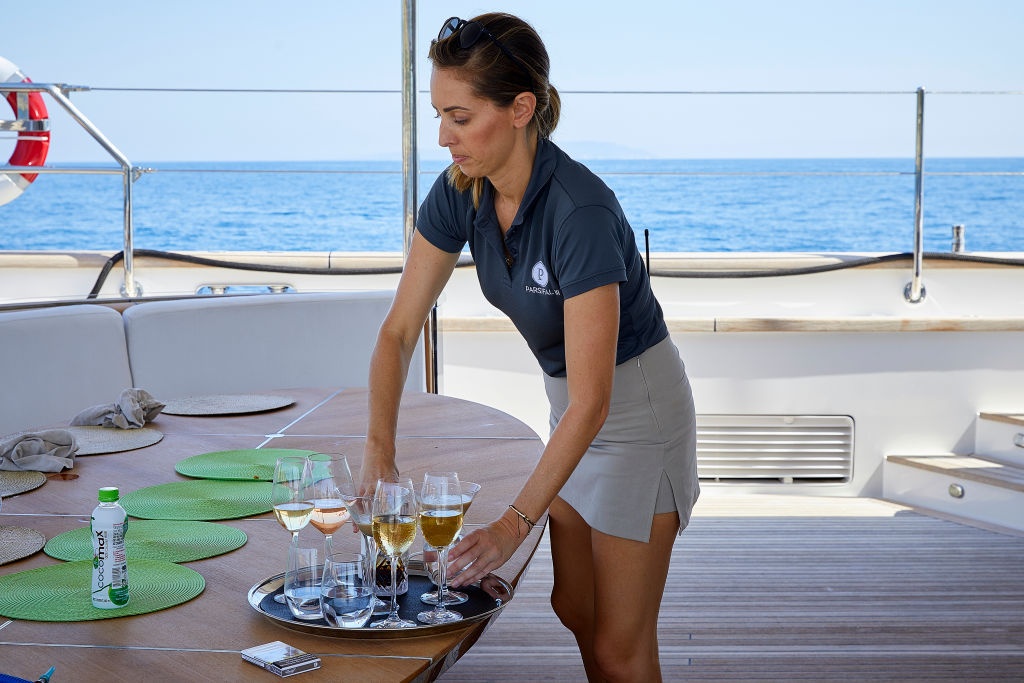 But MacGillivray has taken on the chin this season. She’s been dragged on social media and has asked haters to back off on more than one occasion. She recently shared that she felt like she got a little lost this season.

MacGillivray also posted a direct apology to Shephard on her Instagram story. She wrote that the way she spoke to him was not professional and she is trying to learn from her mistakes. She’s also reflecting on what occurred over the season, admitting that she lost herself in the process.

She lost herself in love this season

MacGillivray penned a reflective post about how she got lost in her romance with Glick. But also got lost in who she truly is, which saddened her. “I got lost this season,” she began her post along with a photo. “Lost in a love I believed in.”

One of our fabulous guests took this pic, because they said it was so nice to see us smile and be happy together. I won’t say anything else because I’ll just be throwing myself into the lion’s den. Catch an all new episode tonight at 9 on @bravotv #belowdecksailing

“Lost in a person I believed in. I’m a hopeless romantic that grew up on Disney and foolishly believed I too could find an everlasting love.” Clearly, she was referring to Glick her in her opening statement.

She continued, “And for years, when I met someone I felt was worth it, I gave it everything I had. And that is my fault, because in that process I forget no one is going to catch me when I fall.”

She also reflected on how she led this season too

But MacGillivray reflected on more than her romance with Glick. She also took a hard (and seemingly painful) look at how she led as chief stew this season.

“I tried my hardest this season to be a boss,” she continued in her post. “I tried my hardest to be open and vulnerable, and to many of you, that simply wasn’t good enough. But I tried and I will try again. I made mistakes. And you’ll see at the reunion how that transpires. It saddens me mostly because I’m a person that takes joy in making others happy.”

MacGillivray then turned her attention to some of the people who were hurt this season and apologized. “There were a lot of complexities at play. I’ve apologized to Madison, Georgia, and Parker. I most recently apologized to Glenn for my tone and behaviour in last nights episode. I feel when I apologize people get mad at me, and if I say nothing, I also get chastised. Im trying my best. We are all human and make mistakes. So Im just going to chug this beer in my hand and eat some humble pie.”

Shephard liked MacGillivray’s post and a number of people who commented commended her for owning up to any missteps this season. One person summed up the comments. “Own your mistakes and apologize. What happens after that is out of your control. Some people honestly like to hold a grudge. Free yourself of that negativity and live your best life! How they take your apology and dissect it, isn’t your problem! Enjoy your beer :)”