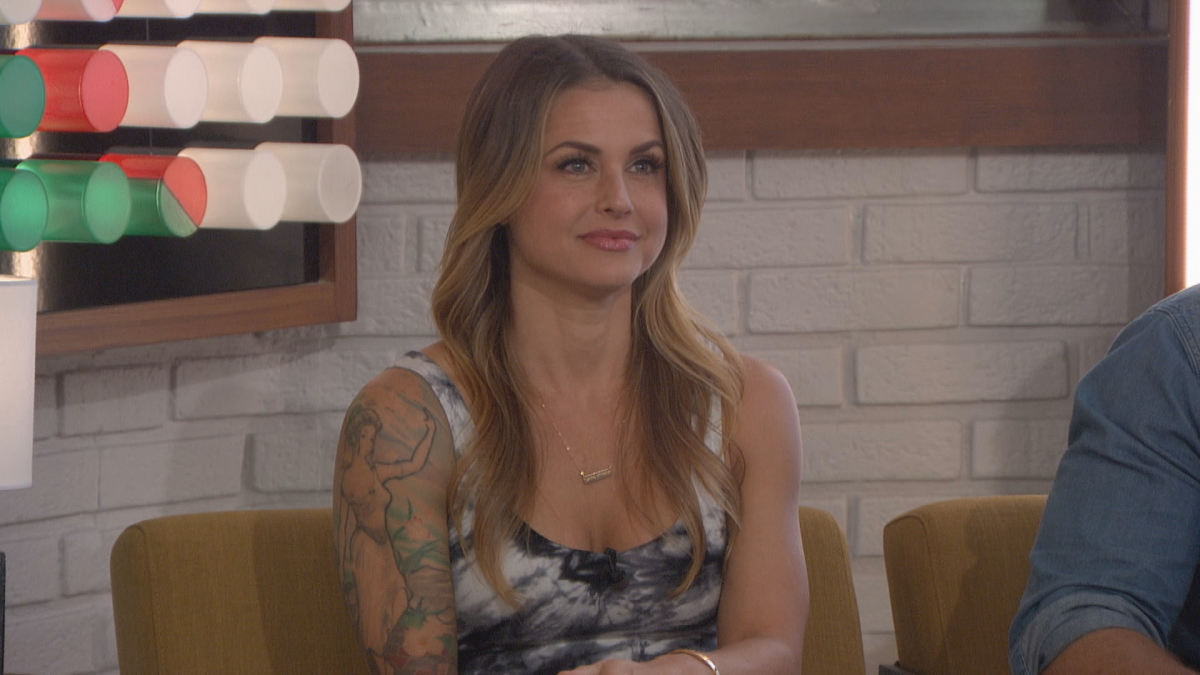 The arrival of Monday night meant that it was time for another episode of the show. It was also time for a new Head of Household.

During the last episode of the show, Memphis Garrett got evicted on a unanimous vote.

Down to just four people in the game, it was important for each of the people playing for HOH. And that’s exactly where the new episode began.

But first, we got a long recap of what had happened up to this point, including evicted houseguest Kaysar Ridha coming back to present a chess-based HOH Competition.

Who won the Head of Household Competition?

Cody Calafiore, Enzo Palumbo, and Christmas Abbott each played for the latest HOH title. Nicole Franzel had to watch on as it took place.

That led to Nicole’s commentary as the other three people were playing, with a lot of Diary Room sessions. She didn’t like that Enzo was trying to win it.

A picture of what the competition looked like is shared below. 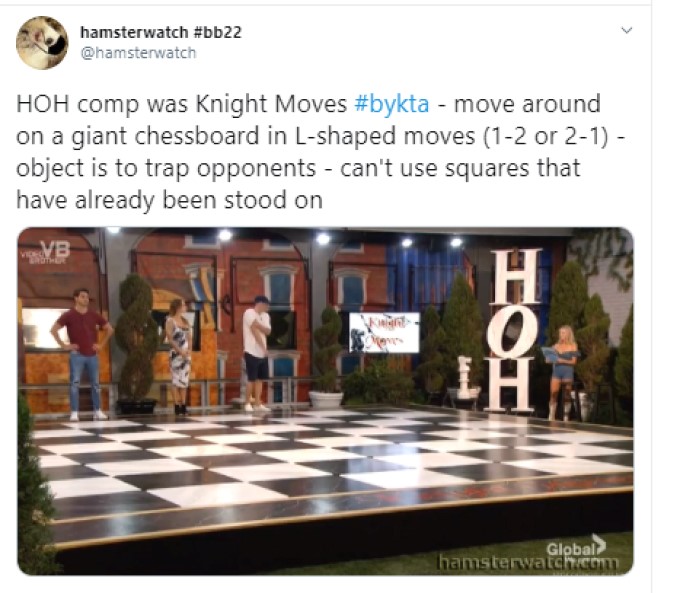 During the competition, Cody and Christmas ended up battling it out on one side of the board while Enzo bounced around on the other side. This led to Cody getting eliminated first, followed shortly by Christmas.

Enzo won the HOH Competition and guaranteed himself a spot in the final three.

Following the challenge, Cody and Nicole each had additional Diary Room sessions where they complained about Enzo trying to win instead of focusing more on getting Christmas out.

A segment was spent in the HOH Room as well, with Cody complaining about having to win the Power of Veto because Enzo won HOH. It seemed like Cody wanted to be the only won to win HOH and that he was mad that Enzo didn’t let him win.

If Cody had won, Enzo would have been in the same position as him, with the possibility of going home before making it to the final three. Enzo had to see through all the complaining.

At the Nomination Ceremony, Enzo put Christmas and Nicole on the block. He saved Cody for the week while also telling Cody that they needed to get Nicole out this time.

But Cody has a final two agreement with Nicole that he doesn’t want to break, so he is pushing back and stating that he is voting Christmas out.

That brings an end to the Big Brother All-Stars recap for Episode 32, but there is also a lot of news from outside the house. That includes Memphis doing interviews where he responded to mocking Ian Terry.

For readers who want to jump ahead, we also know who is getting evicted on Thursday night.