Home » TV and Movies » Bradley Walsh stunned as The Chase contestant makes blunder ‘Should never do that!’

Bradley Walsh stunned as The Chase contestant makes blunder ‘Should never do that!’

Bradley Walsh was joined by four new contestants on The Chase as they battled it out against Jenny ‘The Vixen’ Ryan. Steve, Alex, Jane and Terry attempted to defeat the ITV quiz master this evening but host Bradley was left stunned when Terry’s chances of making it through to the final could have been thwarted when he made an alarming admission.

Steve was first up to face Jenny after earning an impressive £9,000 in his cash builder round.

The contestant sailed through to the final and was followed by Alex who added £4,000 to the jackpot prize.

Jane mirrored Alex’s performance and secured her spot in the final chase by also adding £4,000 to the potential winnings.

Terry secured £5,000 in his cash builder round but struggled with a few of the questions during his head-to-head. 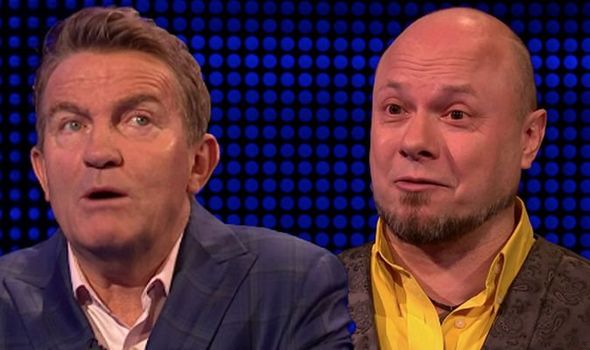 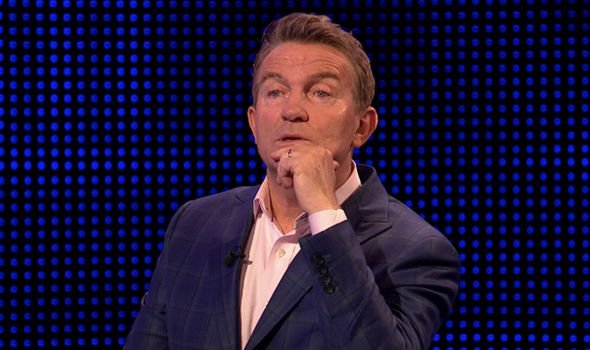 Bradley asked: “What job was shared by the fathers of politicians Sajid Javid, Sadiq Khan and Baroness Warsi?”

The options were tube driver, cab driver and bus driver.

Terry opted for the second option but instantly regretted his decision. 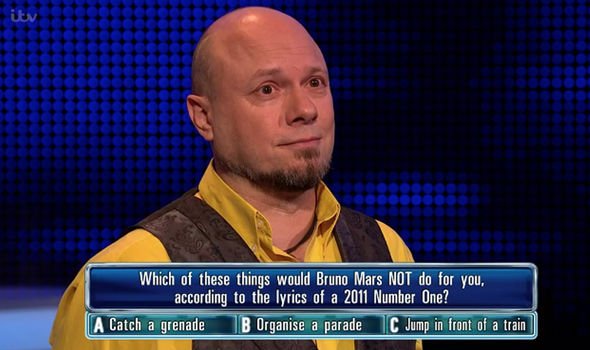 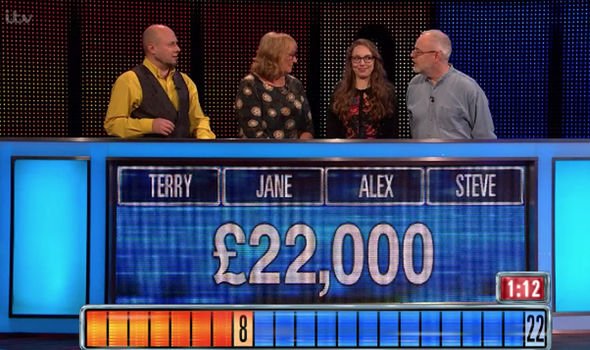 “I’ve changed my mind,” Terry shared. “I know you should never do that.”

“What were you going to put?” Bradley asked as Terry admitted he would have agreed with the host.

Surprised, the presenter hit back: “Oh were you?”

However, Terry needn’t have worried as Bradley was wrong as bus driver was the correct answer.

Jenny, who answered correctly, said: “I remember when Sadiq Khan was running for Mayor of London he was talking about being the son of a bus driver from Tooting.”

Luckily, Terry went on to outsmart the Chaser and completed the final line-up.

The foursome worked incredibly hard in the final and scored a total of 22 points.

With just one question left, Jenny ran out of time and the team won £22,000 to split between them.

Bradley commented: “Wow, brilliant what a game. Three attempts to push back three executed, all about the push backs in the end.”

Jenny added: “Yes it seems from looking on the outside push backs made the real difference.

“But what really made the difference was getting all four of you back. Steve lead the way and you followed. Well played.”