Breaking Bad is one of those shows that has layers of hidden meaning just beneath the surface. Perceptive fans are rewarded with tiny clues and Easter eggs throughout all five seasons of the award-winning AMC drama, from subtle foreshadowing to references from the past.

This is part of the reason true fans love watching and re-watching Breaking Bad — every time, there’s some new detail to discover. Even Walter White’s house is chock full of small, specific hints into the White family and the larger series storyline. 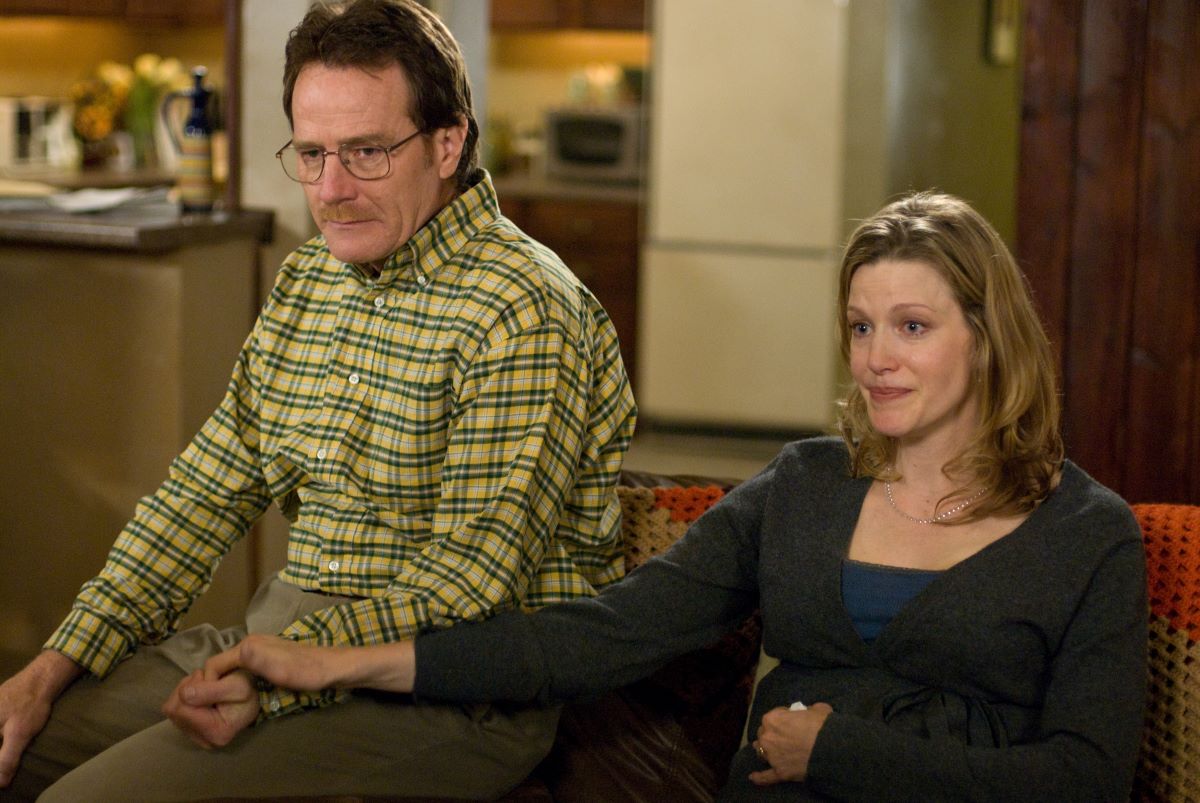 You could argue that Walter White became a power-obsessed drug dealer because he needed money. But his true motivations go much deeper than that. Thanks in part to being cut out of the multi-billion dollar company he helped create, Walt suffered from a chronic inferiority complex.

And that’s exemplified when he and Skyler purchase their first home at 308 Negra Arroyo Lane, Albuquerque, New Mexico in the early days of their marriage. The couple tours the modest 3 bedroom ranch home and decides to purchase it even though he comments it’s “not big enough.” This interaction is captured during a flashback scene in “Full Measure.”

Like everything else in his life, Walt feels cheated by the lack of grandeur in his home. He wants something bigger and better. 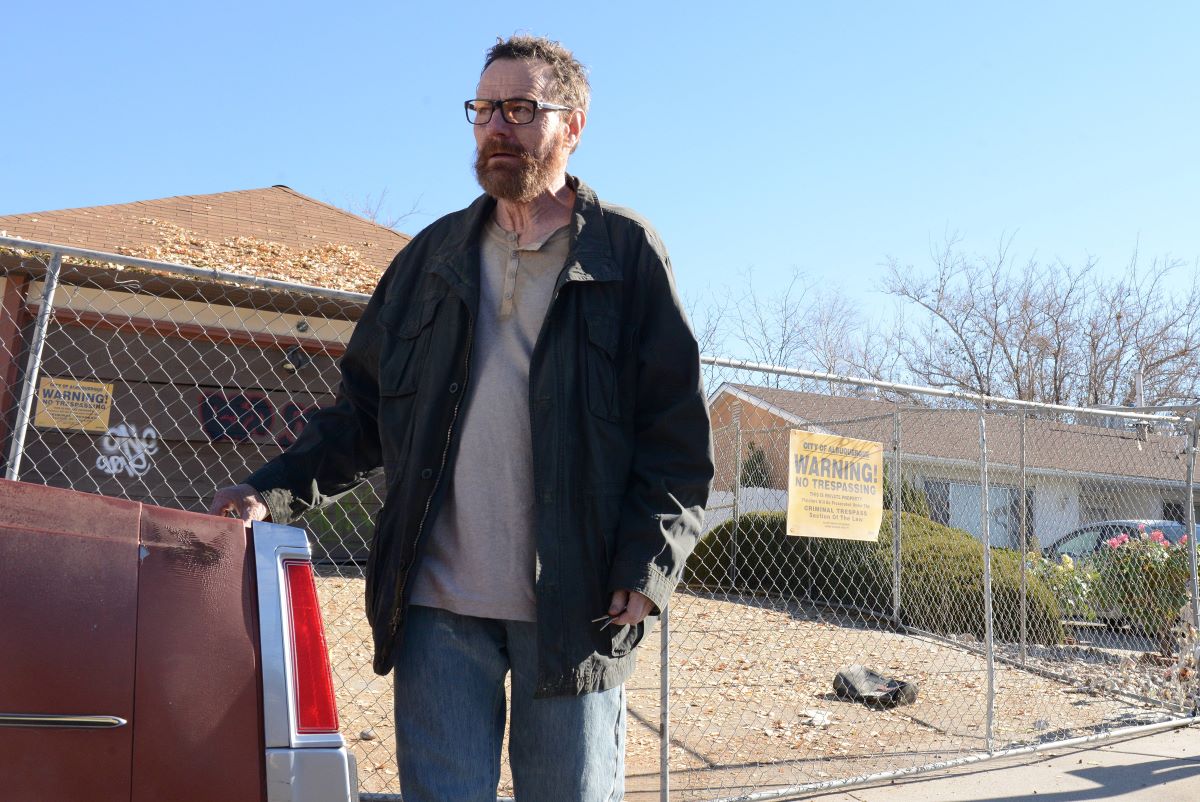 Fans are treated to more details about the White’s house in the first season of Breaking Bad. When the water heater breaks, Walt’s wife Skyler and son Walt Jr. convince him to replace it. But then Walt buys a new one instead.

While replacing the water heater, Walt discovers hidden rot beneath his home. This is obviously a metaphor for the true character lying beneath Walt’s good-guy, high school chemistry teacher persona. Before long, the audience will discover the rot in Walt’s character, too.

This scene also foreshadows Walt finding a spot to stash his piles of drug money. Besides just in the crawlspace beneath the water heater, the drug kingpin hides his money in the baby’s room, behind insulation in the garage, in space saver bags in the master bedroom, and in a vacuum cleaner.

Skyler White kicks Walt out of the house

Walt can’t keep his criminal activities secret forever. Eventually, he’s forced to tell Skyler he’s really a drug dealer involved with dangerous criminals. She kicks him out of the house even though Walt remains in denial that his family is falling apart.

In one of the most famous scenes of the series, Walt brings a pizza to his house for dinner as a peace offering. But Skyler refuses to let him in. In frustration, Walt hurls the pizza into the air and it lands on the roof of the house.

Today, Breaking Bad fans visit the real-life location and throw pizzas at the house, even though showrunner Vince Gilligan urged them to knock it off.

Heisenberg’s house gets vandalized and condemned on ‘Breaking Bad’ 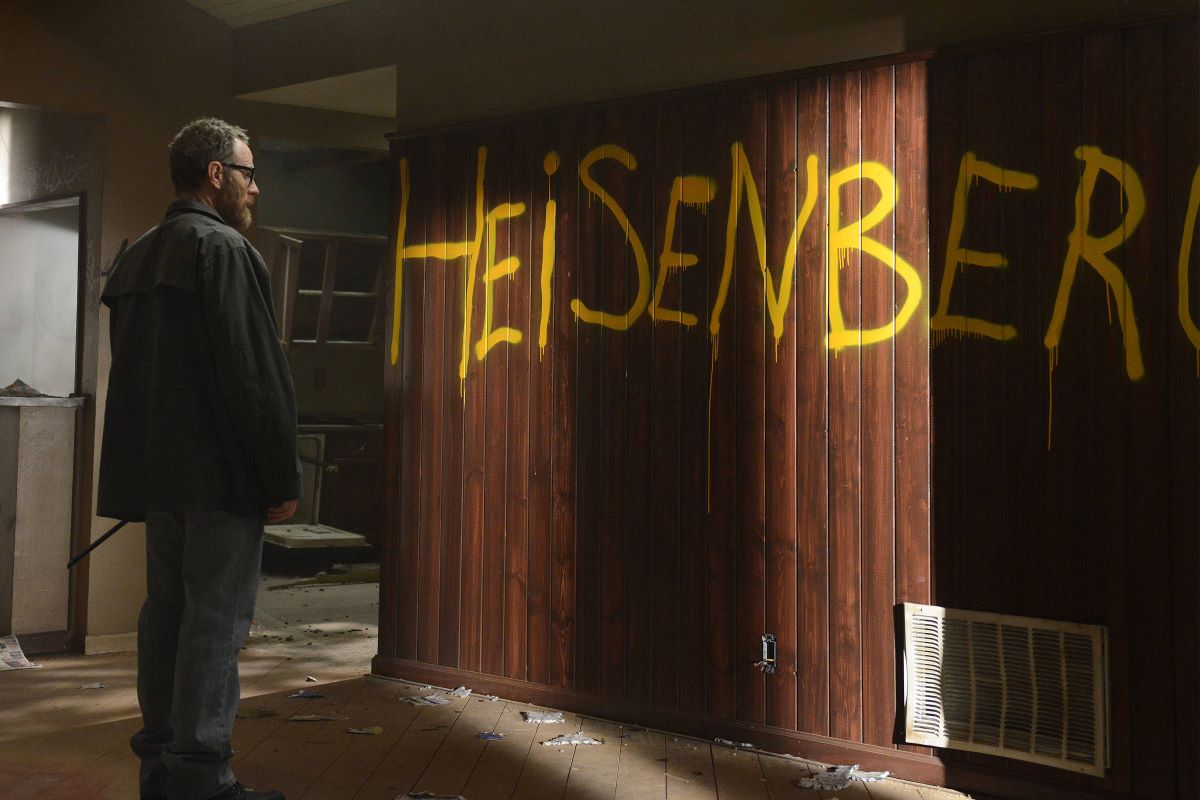 After Heisenberg’s true identity is revealed, Walter White is forced into hiding and Skyler take their two kids and abandons the house. Eventually, unidentified locals break in and destroy the home with graffiti and acts of vandalism.

Ed the Vacuum Repairman gives Walt his new identity and tells him his former house has become a “tourist attraction” — but not in a good way. Walt returns to his former home to take in the full extent of the destruction, which is clearly a metaphor for all the chaos he caused in his life as well.

As Walt walks around on piles of broken glass and sees “Heisenberg” spray-painted on the living room wall, he’s forced to confront the full extent of his actions.

The White’s house may be an inanimate object. However, it’s an eerily accurate portrait of how Walter White descended into evil when he embraced his inner Heisenberg.