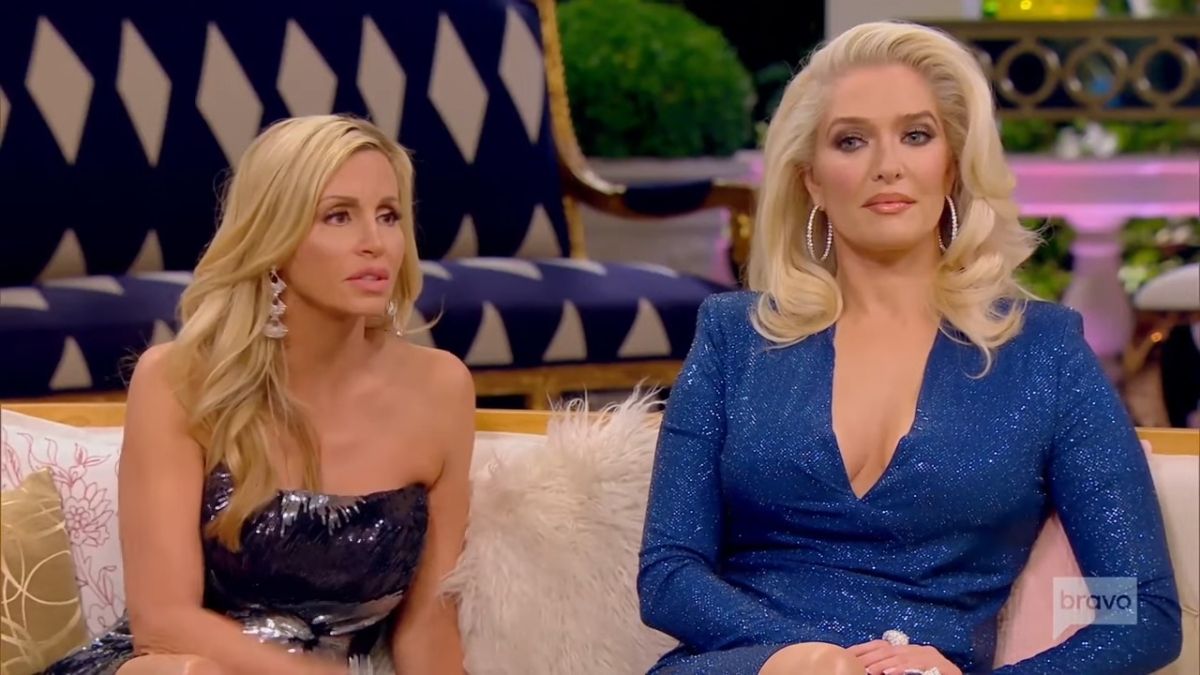 Camille Grammar has been tweeting up a storm lately and she’s going after the current cast of The Real Housewives of Beverly Hills.

Maybe she’s trying to get back on the show? Who knows!

The former Mrs. Grammar has had a bone to pick with the ladies ever since her last season on the show, where she appeared as a friend.

During the reunion, she fired shots at everyone. That included Kyle Richards, Teddi Mellencamp, and Denise Richards.

Camille did not make many appearances in Season 10, but it seems she still has issues with at least one of the RHOBH women, Erika Girardi.

During a chat thread on Twitter, the former RHOBH alum gave viewers some insight into what Erika is like behind the scenes.

And apparently she’s not very nice.

Camille was actually doubling down on an article by another former housewife, who first made these allegations about the Painkiller singer.

When the article was shared to Twitter, revealing that Erika “talked down to people” and mistreated the crew, Camille responded in agreement.

“She does,” replied Camille.

“I have witnessed it myself. If a scene doesn’t suit her she yells at the crew and producers. It doesn’t happen all the time but she did this in the Bahamas.” 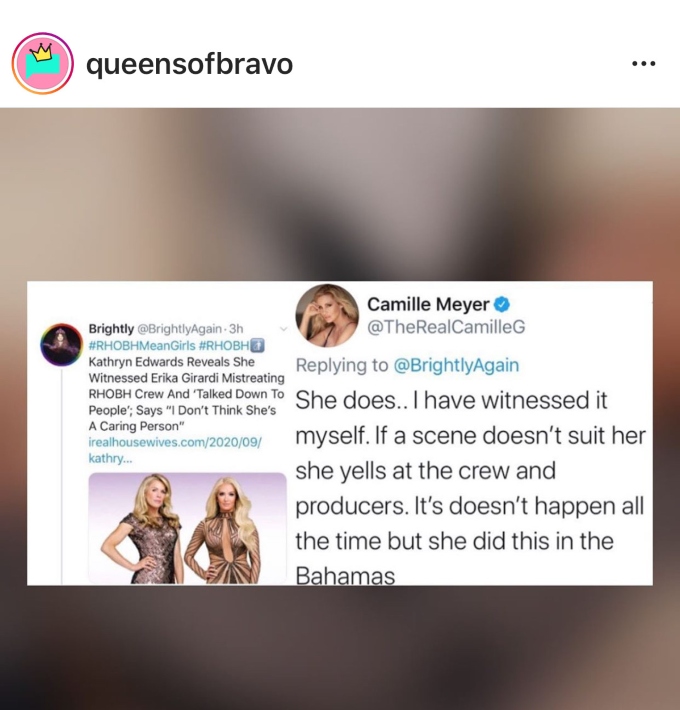 As we noted earlier, Camille’s tweet was in response to an interview done by another former RHOBH cast member.

Kathryn Edwards was only on the show for one season, but she apparently witnessed a lot during her stint.

During a sit-down with David Yontef for his podcast, Behind the Velvet Rope, she dished out all the details about Erika’s antics behind the scenes.

“Erika is not a girls-girl in any way shape or form….she just talks smack behind your back,” shared Kathryn as she recalled her time with her former co-star.

The 55-year-old says she doesn’t keep in touch with Erika since leaving The Housewives, because, “I don’t like her.”

“I saw her talking really poorly to all the crew, and the way she talked down to people and snapped at people that were less than her, that were working for her. I don’t like that at all,” shared Kathryn.

She added, “I don’t think she’s a nice person. That’s the best way to say it.”

The Real Housewives of Beverly Hills is now on hiatus at TLC.