Carol Kirkwood was back on-hand to give BBC Breakfast viewers the latest on the weather forecast for the rest of the week. As ever, Carol had some stunning snaps sent in by avid weather watchers to show off but she had to defend herself against Dan Walker after he asked about the location of one of the images claiming she “wouldn’t know” where it was taken.

His co-star Louise Minchin could be seen gasping as it was clear Carol had a surprise in store for viewers.

As the camera panned towards the weather presenter, a snap of a gorgeous sunrise could be seen displayed behind Carol.

Louise said: “What a treat for us,” with Dan commenting: “Oh Carol, look at that! 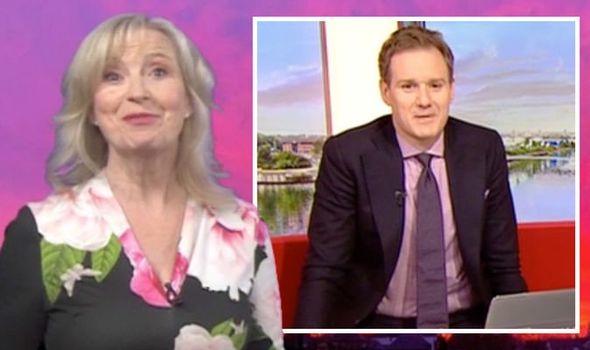 “I don’t know, I’m going to ask you where that’s from and you’re probably not going to know.

“But it’s lovely anyway,” he added before Carol hit back at his comment.

Moving on with her update, she continued: “Good morning, everybody. It’s Loose in Kent, what a beautiful sunrise this morning.”