Strictly Come Dancing fans saw a mix of results on Saturday night’s show with some of the BBC show’s stars moving steadily up the leaderboard whilst others plummeted back down towards the bottom. One person who was left disappointed last night was Radio 1’s Clara Amfo, who went from a near-perfect score last week to her lowest score of the competition – but now, it seems its Caroline Quentin who could be in trouble and land in the dreaded dance-off.

The judges’ scores caused a bit of a stir last night, with many viewers left baffled by the seeming “inconsistencies.”

JJ Chalmers saw himself scoring nines from Head Judge Shirley Ballas and Anton Du Beke for his Quickstep despite some mistakes being picked up on.

Whereas, EastEnders favourite Maisie Smith wowed with her Cha Cha Cha but ended up with only two points more than the former Royal Marine.

However, the big upset of the night came in the form of Clara Amfo, who was left trailing at the bottom of the leaderboard. 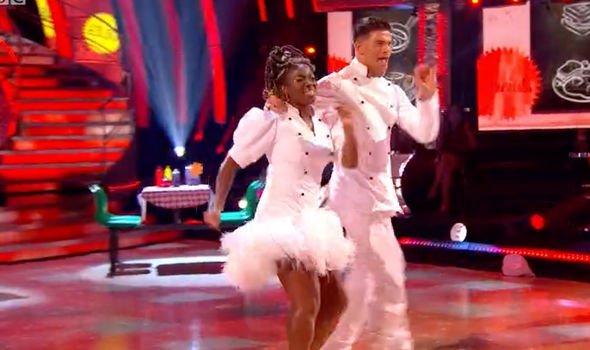 She dropped from 29 points for her cheeky Charleston last week to a score of 18 – with Craig Revel Horwood awarding her just five points.

Many fans were pleading for those watching to “vote for Clara Amfo” after they felt she’d been left shortchanged. 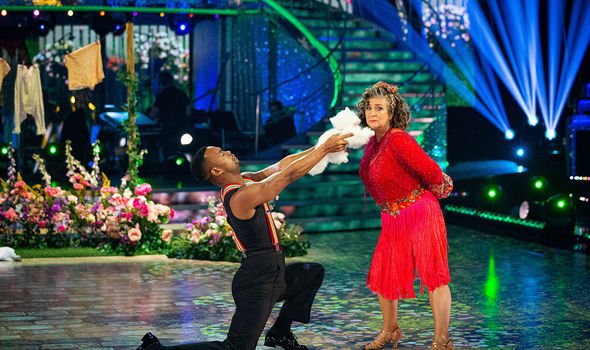 Another shared: “So we’re all agreed that we’re going to vote for Clara Amfo and rectify this injustice? #strictly.”

“I actually beg that you all vote for Clara… I’ll love you eternally #Strictly,” echoed a third.

“Ok, so now I need the whole country to vote for Clara please and thank you #Strictly,” agreed another.

Instead, it looks as though its Caroline Quentin who could end up in the bottom two tonight if viewers have picked-up their phones to save Clara.

Data from BetVictor shows Caroline’s dance had the least “positive” reaction from viewers who tweeted along during last night’s episode.

The company looked at different emotions voiced by fans and it was Ranvir Singh who sparked the most approval from viewers at 97 percent.

At the other end of proceedings, posts on Caroline were just 78 percent positive, lower than all her fellow celebrities.

And Clara remained above her on approval at 83 percent – could this be a sign she may narrowly miss being eliminated?

Caroline’s bizarre routine with Johannes Radebe left those watching with mixed opinions but it was undeniably the most bizarre dance of the night.

But the actress still picked up 24 points meaning it was Clara who was at the bottom of the leaderboard.

However, with Caroline the closest to Clara on the leaderboard, could it mean she will be the one who ends up leaving instead?

Strictly Come Dancing: The Results airs tonight at 7:25pm on BBC One.