CHLOE Ferry showed off her tiny waist and incredible curves as she modelled yet another neon bikini from her new range.

The Geordie Shore star opted for a fluro yellow number to celebrate Tuesday, after spending most of the Easter weekend in the sun. 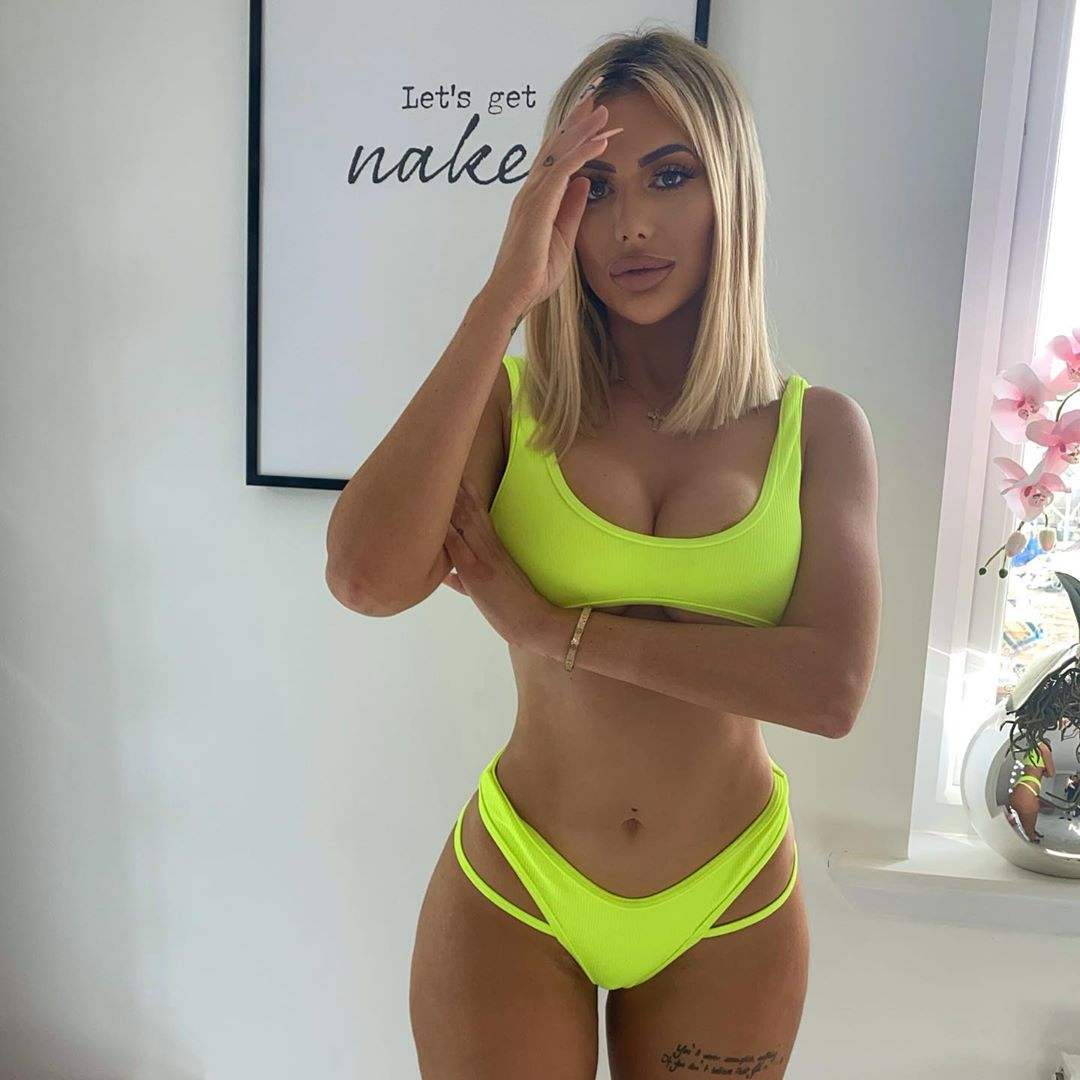 Looking sultry, the 24-year-old captioned her photo: “Let’s get naked…”

The swimwear – from her upcoming collection – featured a tiny peek-a-boo top with high leg bottoms that accentuated her ample hips.

Looking a little coy, Chloe stood with her arm across her chest for the photo. 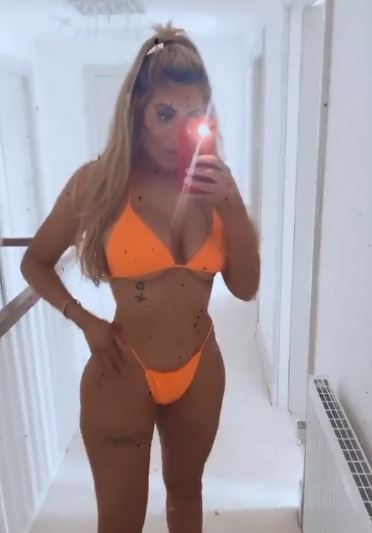 One fan even offered to be Chloe’s ‘pay pig’. 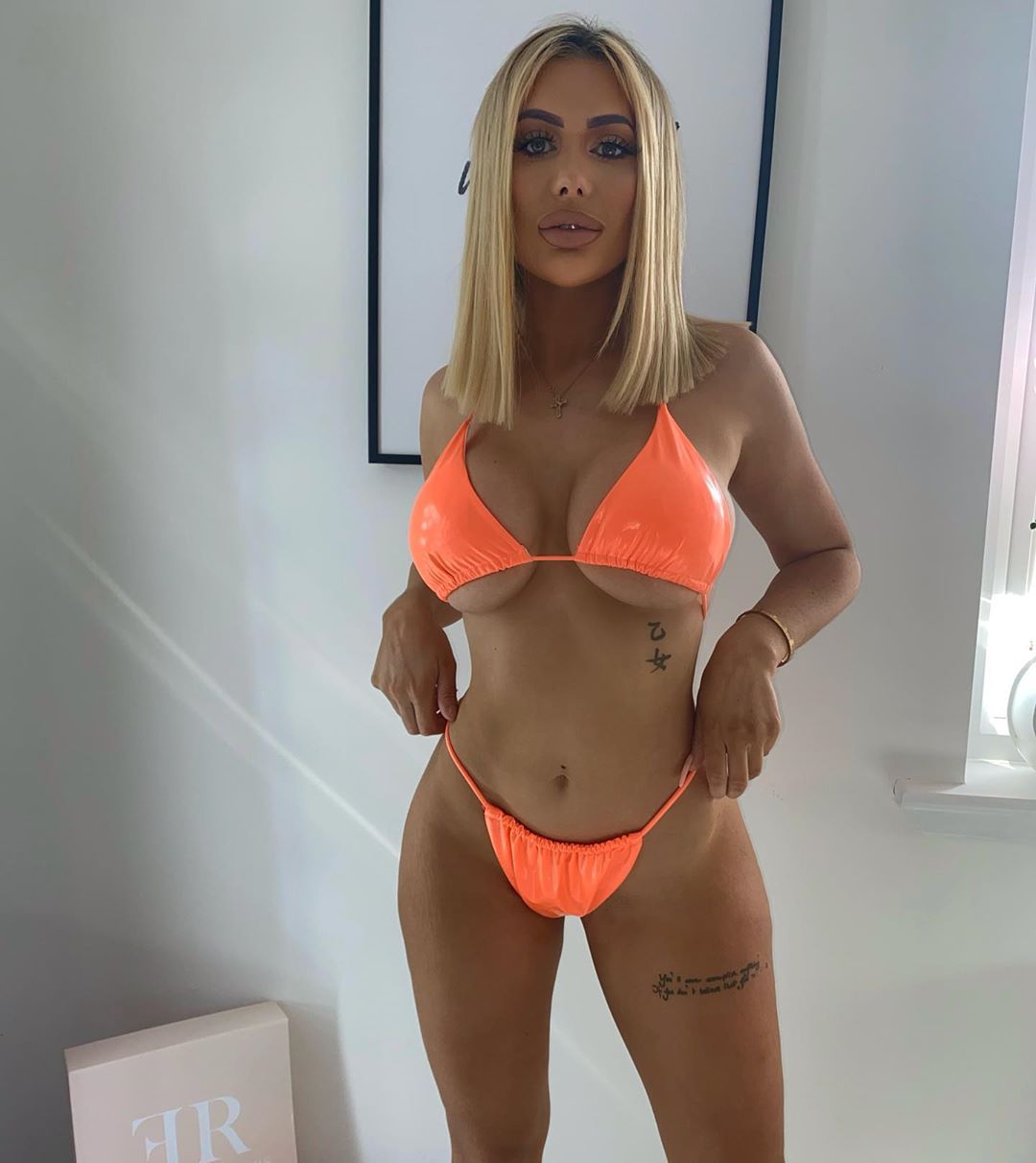 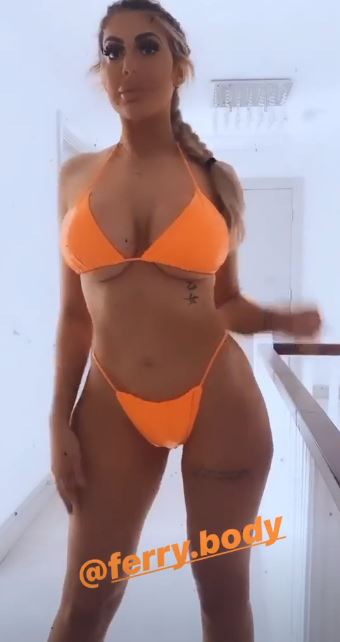 The last bit of modelling involved red lace lingerie that she wore while laying on her sofa.

The reality star recently revealed she "thinks" she's bisexual – and even talking to a girl she likes while in lockdown.

Chloe – who split from on/off boyfriend Sam Gowland in February – confessed to liking the same sex after a follower asked her whether she was bisexual.

Bored in the house…. 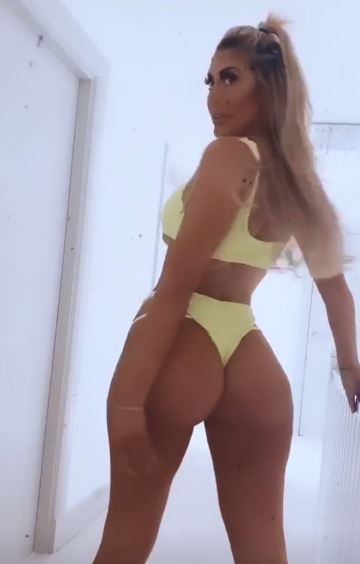 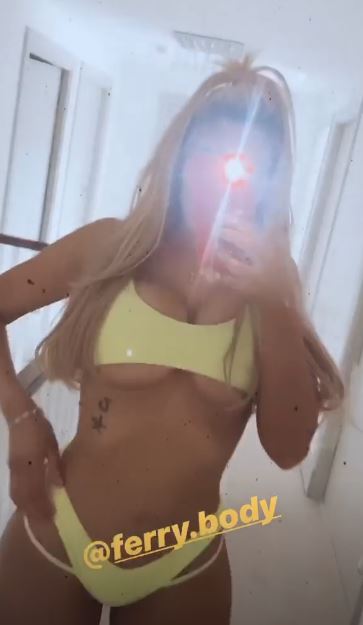 She wrote: "I think so! Started looking at girls in a different way now maybe I am a bit lesbian.

"I'm talking to one girl I really fancy."

The reality star later revealed she started to feel "differently" about her sexuality following a getaway to Thailand earlier this year.

She added: "I've had a few encounters with the same sex but didn't think anything of it at the time but started to think differently when I was in Thailand. So girls slide into my dms." 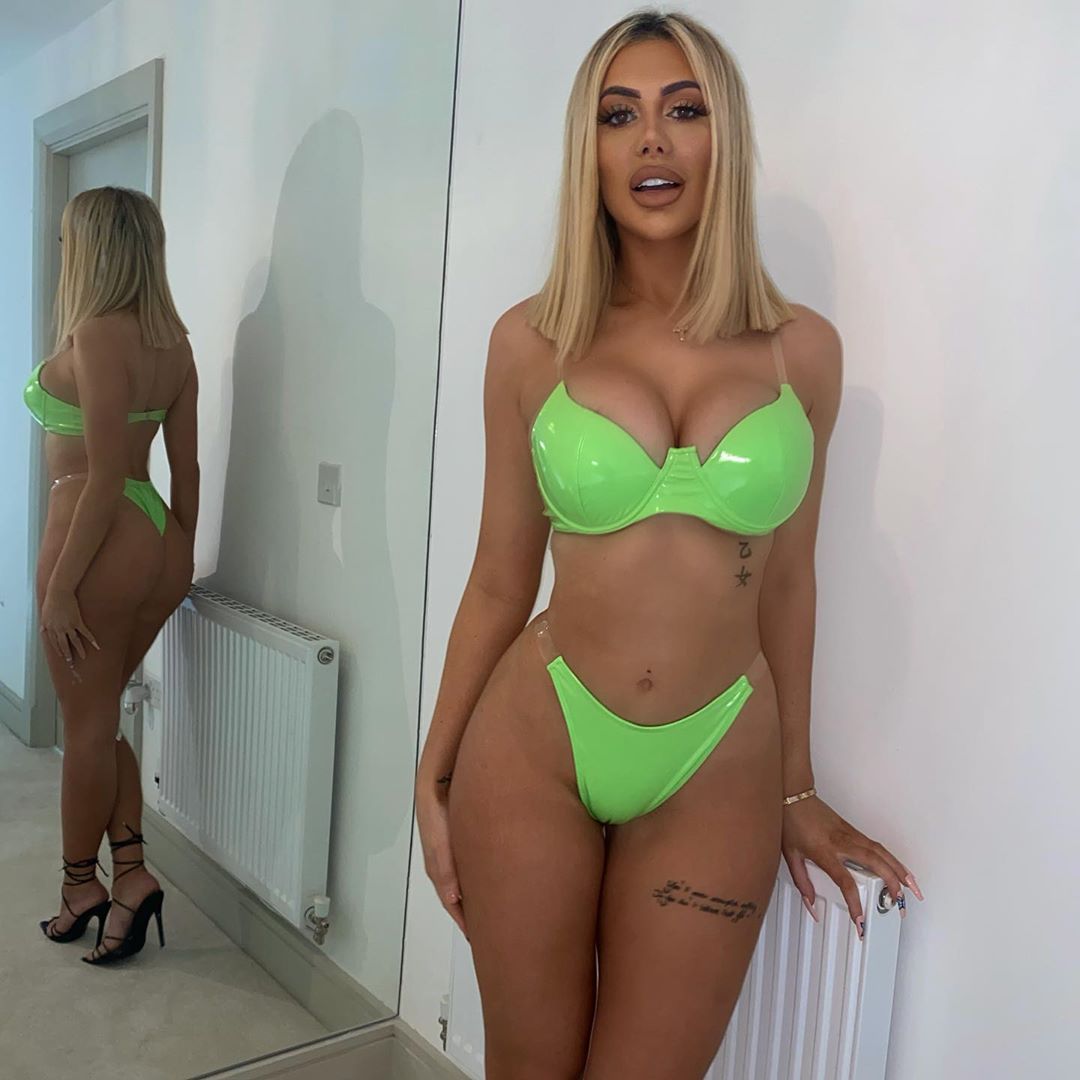 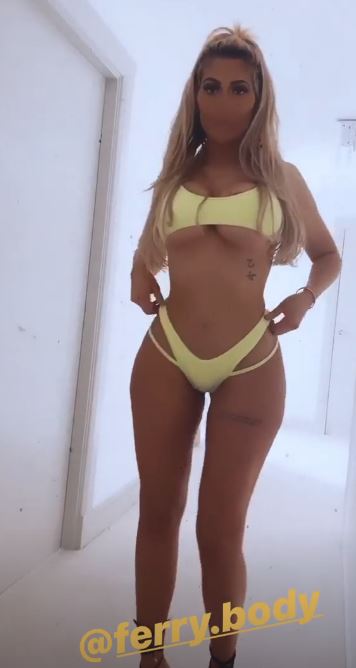 Her admission may come as a surprise to some after previously revealing she would never have a relationship with a woman as she tried it with former co-star Charlotte Crosby and didn’t enjoy lesbian sex.

She told The Sun Online in 2017: "I tried having a relationship with a girl for two days, but when I tried to have sex with her I realised I didn’t like it.

“The girl was Charlotte Crosby, no one knows about it, we were mainly just drunk and carrying on.

“We tried to have a relationship but we just didn’t like it as we realised we weren’t lesbians.”

She continued: "We came to the decision to end it together, but I’m really happy we both tried.