Chris Harris, Paddy McGuinness and Freddie Flintoff return for a brand new series of Top Gear tonight as the trio each takes a spin in their dads’ cars – or at least the closest thing producers could find. The three BBC presenters will take an emotional trip down memory lane and Chris revealed he found the scenes “quite tricky” as he opened up on his relationship with his father.

Tonight’s episode will see the trio unveil the car they each associate with their dad and car journeys when they were younger.

Speaking to Express.co.uk and other press, Chris admitted he found the scenes particularly challenging before detailing the memories he continues to make with his own children.

Chris revealed: “I found it quite tricky, [I’ve] never really spoken about any of my previous life on a TV show before and didn’t intend to.

“But it just sort of came out because that was the position we were in and I suppose the producers want us to talk about our fathers.”

Read more: James May finally responds to eager fan who messages him every day 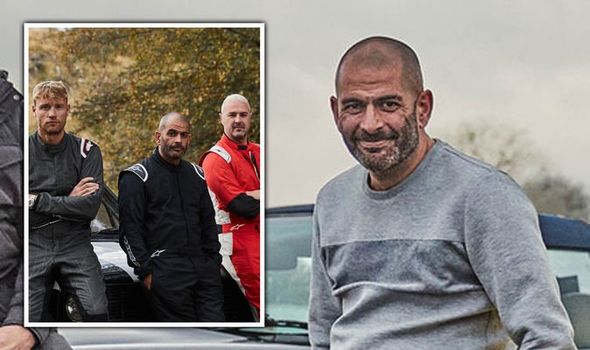 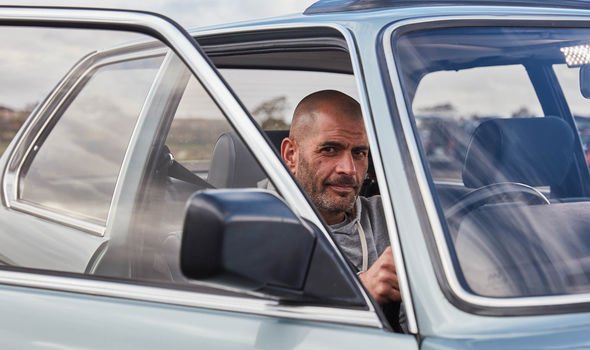 “I didn’t find it especially easy, still don’t so I probably won’t go there now,” he explained.

“But in terms of creating journeys yes, it made me very much aware of the fact that I am [doing that] deliberately and I do it through old cars mainly.

“I love getting my kids in some of my rubbish old cars and making sure that whenever we go somewhere we have fun. It’s a little adventure.

“A longer journey, no, because the idea of taking kids for eight hours in [Citroën] 2CVs, that’s torture.” 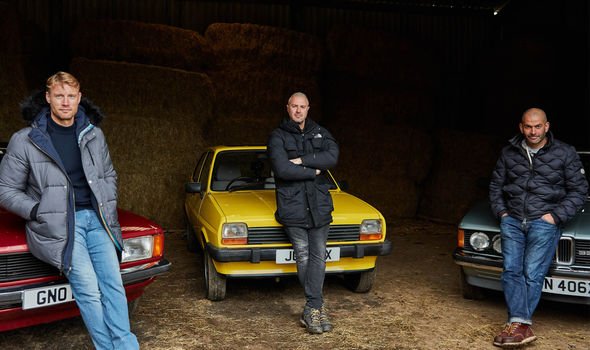 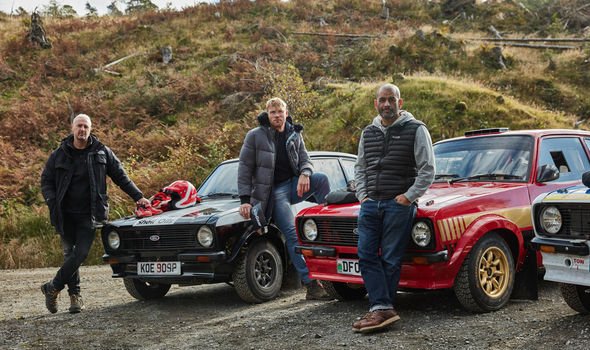 “But shorter journeys we always go in old cars, and we tend to sing and behave badly, and I really love doing that I hope they remember that fondly in the future,” he added.

Paddy continued: “Well I think it’s different for kids now because when I was a kid, in my dad’s car I was sat in the front seat, with no seatbelt on, the window down, chatting away and everything else.

“Now most kids are in the back with their [car] seats or listening to their headphones or the DVD on the back of the headrest.

“It’s totally different now but I’ve not done that many long journeys with my kids, to be honest.”

Freddie added: “For me, getting in that car brought back so many memories, [I] probably didn’t expect it to as much as it did.

“Those days when mum and dad would take us to cricket matches up and down the country spending so much time in a car.

“I’ve gone full circle, I’m doing it with my kids now. I’m driving them around and I genuinely like being in the car.

“Even [just] taking my daughter to school, 20 minutes where I just sit with her and we can have a chat.”

“It’s so nice, so yeah, driving that Cortina was amazing. I loved it,” he shared.

Later on in the upcoming series, BBC viewers will see the three presenters tackle a “midlife crisis” with motorbikes, jet skis and wetsuits.

Paddy admitted the scenes would be “unpleasant” as he warned: “I don’t know if you’ve ever put a wetsuit on but the ones we add on were very snug and they’re very unforgiving.

“And I’m just dreading [seeing it] in HD. Us in wetsuits in HD is not going to be pleasant for the British public.”

Top Gear returns to BBC One tonight at 8pm.