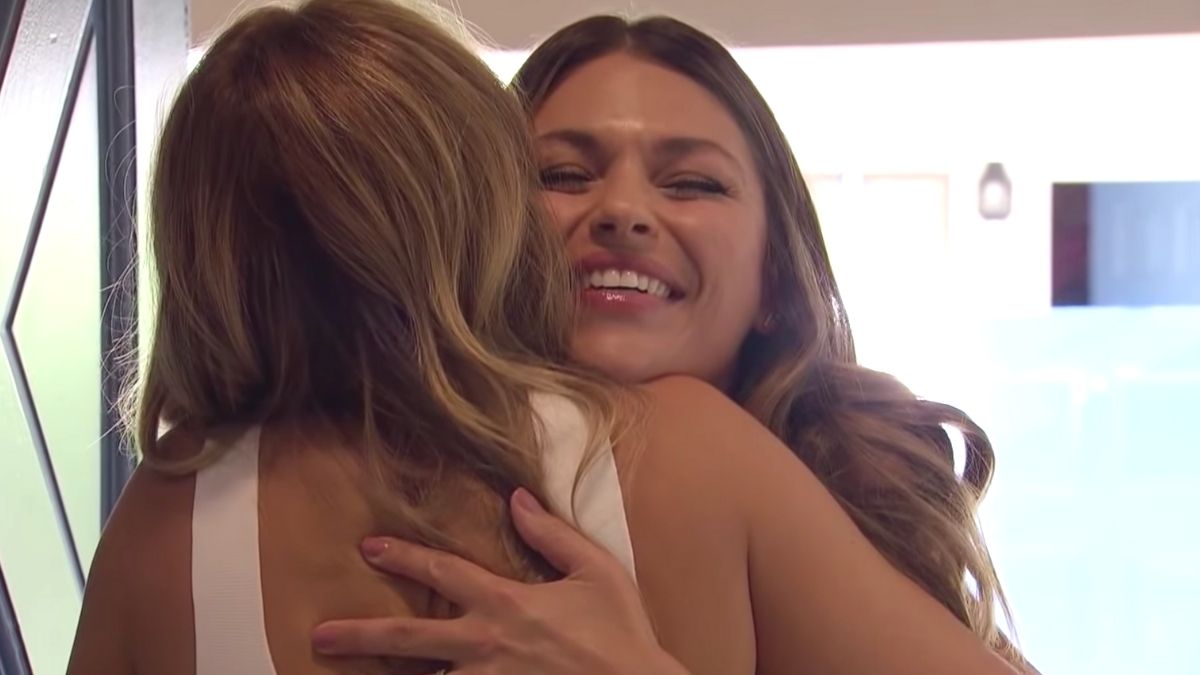 The Bachelorette star Clare Crawley got a visitor on last week’s episode of the show.

Her long-time friend DeAnna Pappas Stagliano stopped by the resort in La Quinta, California, to give advice to Clare.

She told DeAnna she was growing close with Dale, that she kept his pants in her house so she could smell them, and she didn’t really mention any of the other guys at all.

Now, DeAnna is speaking out on her friend’s behalf, as she saw more of what is going on behind the scenes.

It’s no secret that Clare is getting heat for some of the dates playing out this season, including the strip dodgeball game.

Apparently, there was another awkward date in the works for the guys. Clare was supposed to host a group date, where the guys would be talking about vaginas.

Clare shut down the idea, telling producers she wanted time with them to have intimate conversations. She didn’t want to put them through another humiliating date that would reflect badly on her.

This news came from DeAnna herself as she had a chat on Instagram Live with former Bachelorette Desiree Hartsock Siegfried. DeAnna was supposed to have been part of this date.

“It was going to be this fun, light-hearted kind of game show where I quizzed the guys on lady things,” Deanna revealed on her Instagram chat with Desiree, something that was summarized by Heavy.

“Now there’s been so much flack for Clare doing the dodgeball date with the guys getting naked and stuff like that…I want to be clear, Desiree, you know this, Clare does not plan these dates. Producers write them. Clare probably doesn’t even find out what dates are until about an hour ahead of time.”

DeAnna didn’t just show up at the resort with no particular goal in mind. She was there to help out with filming and be a support system for Clare.

What fans didn’t see was that Clare shut down this date idea, revealing she didn’t want to go through another embarrassing date for the guys.

“With that being said, the day portion of our date — because it was going to be this game show thing talking about vaginas and whatever and where do babies come from

“Clare was like ‘Listen, I just put them through this goofy date the other day, and I really don’t want to do that to them again. It was a lot of fun, and I think they had a lot of fun, but I’m not going to do this again and embarrass them. What I want to really want to do is be able to talk to these guys, get to know them, and have real and genuine conversations.’”

None of this was shown on The Bachelorette. Instead, producers chose to focus on Clare’s obsessiveness with Dale.

But others revealed Clare likely had nothing to do with this, suggesting that production told her to change things around.

Even though Clare can’t speak out about The Bachelorette due to contractual issues, she has blamed editing by liking tweets from fans.

She has also responded to fans who criticized her for the strip dodgeball game, sharing a photo from her season with Juan Pablo Galavis. In that season, contestants stripped down for a photoshoot to encourage adopting a pet rather than buying a puppy from a breeder.

The Bachelorette airs Thursday at 8/7c on ABC.