Not everyone is watching “Tiger King.” As audiences embrace premium VOD, increased interest in the lower-cost library titles follows. FandangoNOW, the streaming portal connected to the leading theater ticket-sales service, has provided its most recent seven-day ranking of pre-2019 features as well as digital sales on franchise packages.

• Steven Soderbergh’s films have won Cannes, Oscars, and blockbuster status, but he may be best remembered for the prescient “Contagion” (written by Scott Z. Burns). It’s #1 here and performing consistently well on other platforms. If the timing were different, and Warners had already launched HBO Max, it could have been an exclusive draw.

• Family-oriented entries rule, with the first four “Harry Potter” titles, the previous “Jumanji” film (the current one ranks highest among their current releases for revenue totals) and “Trolls,” all of which are rated PG. “The Greatest Showman” is a more family-friendly than the usual PG-13 release.

• Whether it’s competition from its own streaming on Disney+, or its top titles already have long-time viewership (or ownership), the company that dominates theatrical and pre-quarantine home viewing has a low profile here.

• Not many would place Eli Roth’s 2018 revenge-thriller remake, with Bruce Willis in the Charles Bronson role, on their most-popular streaming bingo card. It grossed just $30 million in its release; sort of unsettling that it’s catching a wave.

• “The Meg” represents the genre of everyday heroes overcoming catastrophe. Maybe Jason Stratham is whom people would like at their side right now. 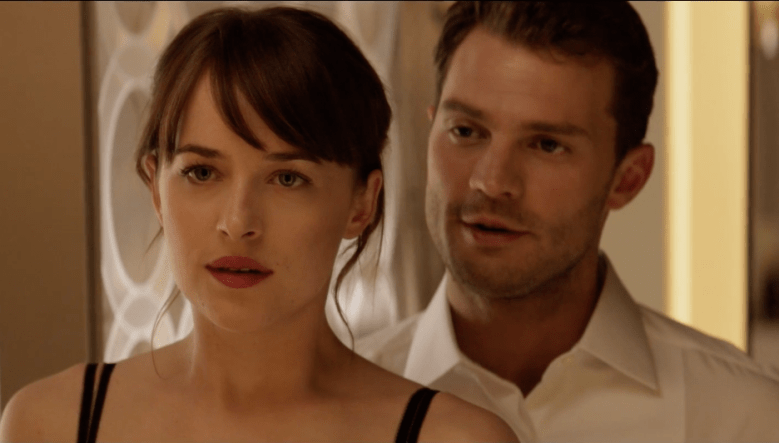 Fandango also sells multi-film collections for digital download, with these 10 leading the way:

There are some bargains here, as well as a prime find (Hayao Miyazaki’s masterful Studio Ghibli Japanese anime titles, led by “Spirited Away”). It’s something of a surprise to see Harry Potter before Star Wars, but that those two should lead seems logical.

Then there’s the “Fifty Shades” trilogy. Many of these downloads include extended or director’s cuts; this one is unrated. In the early days of home video, a cottage industry of how-to titles emerged along with movies and TV series. For bored couples looking for something to do, maybe these E.L. James adaptations serve as instruction manuals.