Asha (played by Tanisha Gorey) has had a turbulent few months on Coronation Street, having suffered self-confidence issues which lead her to bleach her own skin and now she is facing backlash after sexual images of her ended up online. The young schoolgirl has received support from her father Dev Alahan (Jimmi Harkishin) and friends such as Amy Barlow (Elle Mulvaney). However, viewers of the ITV soap know it was newcomer Kelly Neelan (Millie Gibson) who shared the pictures on social media, so the teenager does have a few enemies. Unexpectedly, it seems another Weatherfield resident could be behind another traumatic ordeal.

Ever since being introduced to the cobbles back in 2017, Summer Spellman (Matilda Freeman) has been a timid character, never wanting to cause a fuss or any trouble.

The youngster has shown her kind-hearted side on more than one occasion, having recently asked guardian Billy Mayhew (Daniel Brocklebank) if troublemaker Kelly could move in with them.

However, she has been known for wanting to fit in with others, with one storyline seeing her collapse after she smoked a drug-infused cigarette.

There have been hints in current scenes the young character does have a more sinister side, but will she really turn on Asha? 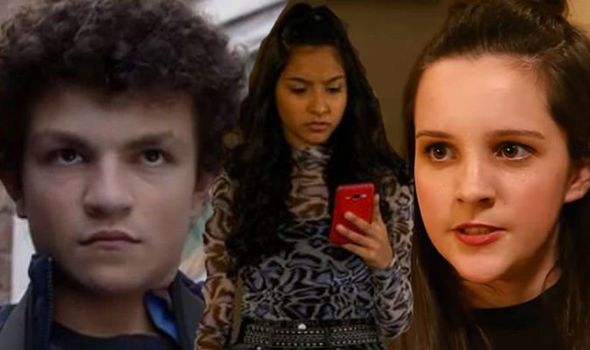 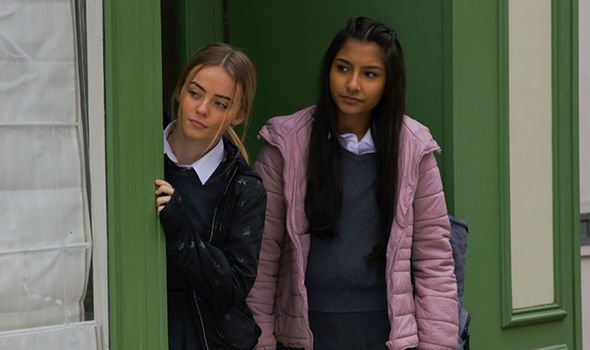 In a scene from Wednesday night’s episode of the Weatherfield—based drama, Summer was seen offering support to Asha’s tormentor Kelly when the newcomer disclosed the headteacher wanted to speak to her about her actions.

Billy’s foster daughter did acknowledge what Rick Neelan’s (Greg Wood) daughter had done to her friend was horrible, but with the youngster’s mother out of the picture, she still wanted to help.

“Oh Kelly, what are we going to do with you, hey?” the teenager asked, before adding: “My dad used to say that.

“What we going to do with you, hey? Put you in a bag and shake you up,” she continued with a sly look on her face. 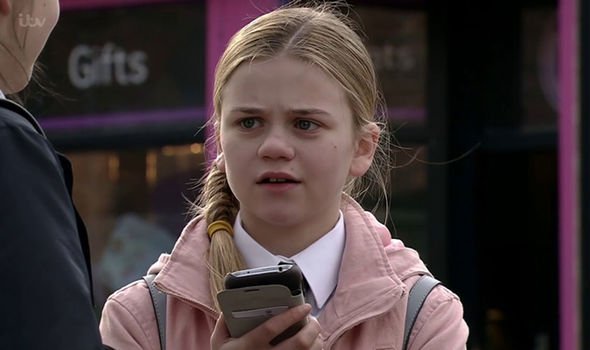 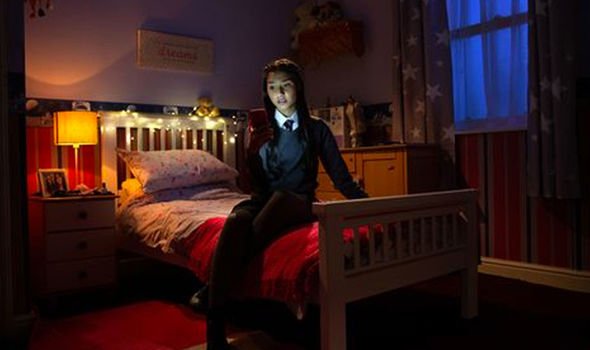 Although this may have been seen as an innocent conversation, Asha’s friend has raised suspicion before with viewers about her nice girl persona.

When she was tasked with keeping an eye on toddler Oliver Battersby (Emmanuel and Jeremiah Cheetham) he ended up having a seizure.

It’s not yet been confirmed what was wrong with the youngster, but this scene led many to believe the school-girl could have done something to him.

So, if she is venturing down a darker path and with Kelly moving in, could she begin turning on Asha in a new twist to the troubled character’s storyline?

This can make the situation even harder

The spokesperson said “rejection” from friends and bullying could subsequently lead to more extreme torment.

“It would be incredibly sad if her friends rejected her for taking part in something a lot of teenagers do. However, it is not unusual given victim-blaming and shaming of women and girls is all too common in society.

“This can make the situation even harder for the young person to deal with. And if someone does threaten or blackmail Asha online by asking for more sexual images, it is important she talks to a trusted adult, like Dev or Nina who can help.”

Wanting to stir the pot if Summer is revealed to be blackmailing Asha, she could even try to frame Kelly for her actions in order to keep up appearances.

This would certainly wage the dispute between the two warring school-girls, but could this be the youngster’s plan?

Of course, Asha has already been through such an ordeal and her father Dev will be watching her like a hawk.

Will someone blackmailing her send her into further turmoil, or will she face up to the only bullies and not let them ridicule her?

If you or anyone you know has bee affected by the issues in this storyline, then please find help and support on the NSPCC website or call the charity Childline service on 0800 111.