Shona Ramsey (played by Julia Goulding) makes her return to Coronation Street in this evening’s episode as she has spent the last few months in a rehabilitation centre after losing her memory. After being shot on Christmas Day, complications in surgery meant the beloved character forgot all about her life with husband David Platt (Jack P Shepherd) and has refused to see him as a result. The only person the mother-of-one can remember is her killer son Clayton Hibbs (Callum Harrison), who is currently serving time behind bars for murdering Kylie Platt (Paula Lane) and kidnapping his mother. However, as the two come face-to-face, could a sinister revenge plot see the former cafe worker written out the ITV soap for good?

The mother-of-one had a very turbulent 12 months last year, starting off with her son escaping from prison on the day of his father’s funeral and then going on the run.

This led Clayton to terrorise Shona, taking her hostage and holding her at knifepoint but when he was finally apprehended by the police, his mother cut him out of her life for good.

David breathed a sigh of relief as the killer was the one who murdered his late wife Kylie, but he then ended up serving time behind bars himself after getting caught up in brother Nick Tilsley’s (Ben Price) money-making scam.

Left to look after his two young children, the former cafe worker was at her wit’s end but when her partner was released from jail, they finally tied the knot and things started to look up for the couple.

However, the events of Christmas Day now means the couple couldn’t be further apart if they tried and with the surrogate Platt member turning to her killer son for support, is she set to make a deal with the devil and end up dead? 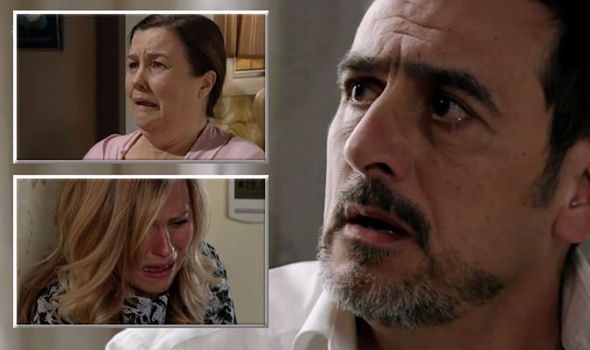 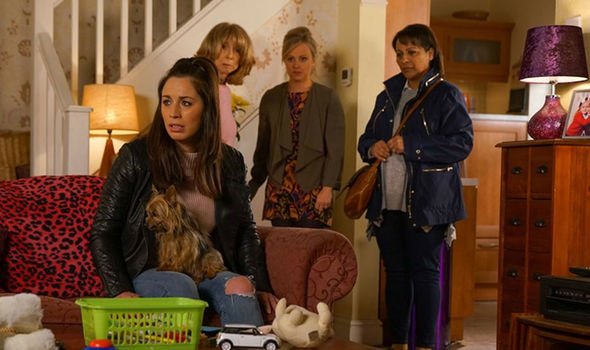 With tonight’s episode marking Shona’s return to the cobbles, actress Julia, 35, spoke on This Morning about her character’s relationship with Clayton.

The soap star said: “It’s a funny one with Clayton because she actually remembers him to be around 14-years-old which we’ve learnt in the past was when he started turning quite nasty because of his father’s influence.

“When she goes to see him in the prison, it’s not long until his mask begins to slip again and those evil little ways start showing through.

“So, I think, she’ll probably get wise to him quite quickly,” she continued, but could her alter-ego begin to rethink things too late? 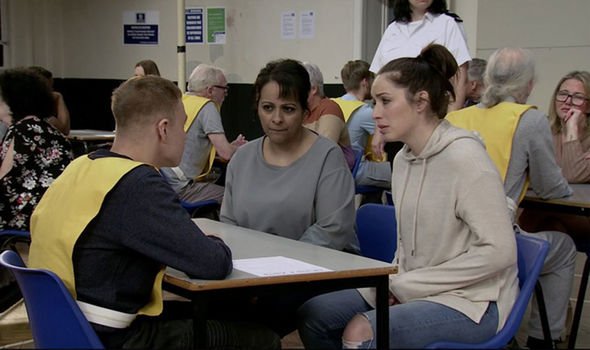 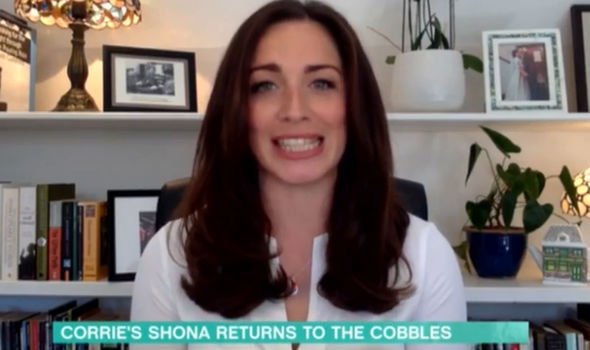 It’s not long until his mask begins to slip

As Clayton begins showing his menacing streak and knowing his mother will head back to the cobbles, the killer could start to plot revenge.

The youngster would know Shona being in close vicinity of her husband means David will have a greater chance to turn her against him.

Being behind bars, there is nothing the prisoner can do physically to stop the former cafe worker from integrating herself back into the Weatherfield community.

It’s likely he has contacts on the outside, however, so as he starts to lose control over his mother, could he instruct them to keep an eye on her?

Executive producer Iain MacLeod has explained Shona’s story will ultimately see her having to fall in love with her husband all over again.

Having been pushed away from his wife, David will have to go through the same process as she will be someone very different to who he remembers romancing.

This will lead to a reunion, but with Clayton known for being so spiteful, could he plot to kill his step-father?

However, there could be an error made by the thugs he instructs to carry out the murder as they end up taking his mother’s life instead.

For David, this would be history repeating itself as he was forced to see Kylie slip away in his arms when Clayton stabbed her in broad daylight.

It took the father-of-two years to get over her death and finally move on with the mother of his late wife’s killer.

There have been many obstacles trying to derail the pair’s relationship but they have always managed to fight through it.

Could Shona’s murder finally tear the couple apart for good as the beloved character falls victim to her killer son’s plans?