Elaine (played by Paula Wilcox) arrived in Weatherfield last week ahead of Yasmeen Nazir’s (Shelley King) trial for the attempted murder of Geoff Metcalfe (Ian Bartholemew). Following the visit, Elaine will come face-to-face with her ex-partner Geoff and biological son Tim Metcalfe (Joe Duttine), meaning the abuser is going to have to answer the questions he has been avoiding. As Tim slowly learns the truth about Elaine, could he have a whole family waiting to get to know him on Coronation Street?

During a conversation with Express.co.uk and other press, the actress who plays Elaine discussed her character’s back story.

“Elaine was married to Geoff and she is Tim’s mother, but she was completely shut out from their lives by Geoff for nearly 50 years,” she began.

“So she hadn’t seen Tim since she was a baby even though she was absolutely devoted to her baby, that’s for certain.

“But, Geoff became so scary and I think maybe we haven’t seen how scary he can be even now. 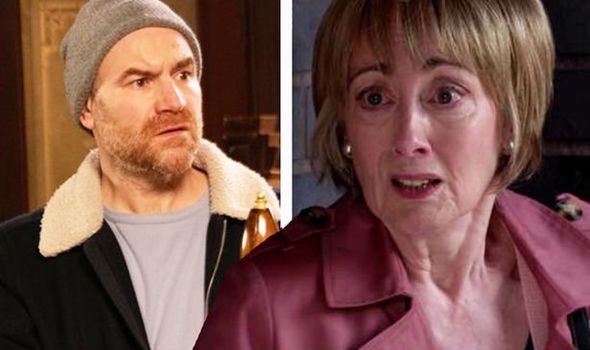 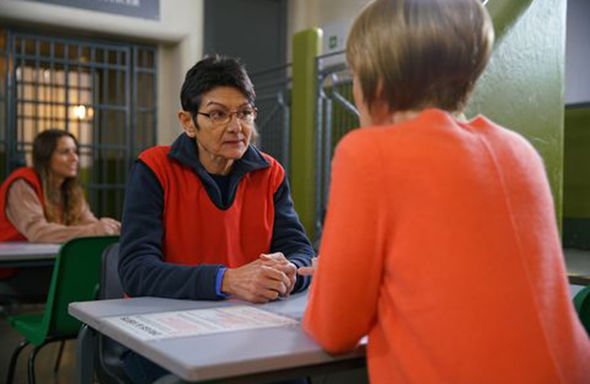 “I think it was a case that she could see Geoff was fond of the baby, more than he was towards his wife, so she knew Tim would be safe,” Paula added.

However, there could be more than just one child at the heart of Elaine and Geoff’s story.

When asked if she knew any more about her past, whether she had another husband or any other children, Paula didn’t confirm or deny.

The actor explained: “I really can’t go there just yet.” 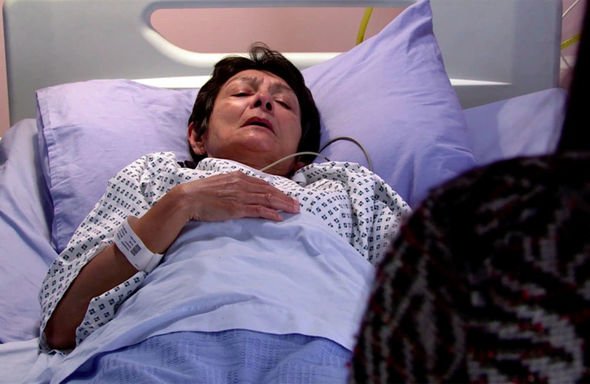 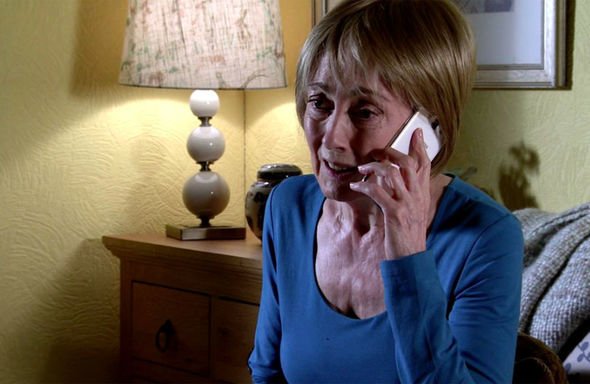 It could be possible that when Elaine left Geoff, she could’ve been pregnant with another child.

This may have been a contributing factor as to why Elaine had to leave Geoff once and for all – fearing for the safety of her unborn baby.

How long Elaine is in Weatherfield, the soap is yet to reveal.

But, she will cause quite a stir over the next few weeks.

When Tim learns who Elaine, the question about whether or not he will accept her as his mother is raised.

After all, he has spend the majority of his life thinking a woman called Tessa was his biological parent alongside Geoff.

With Elaine showing up at a time when Geoff is at his most vulnerable, she could also find herself a target.

But, fans needn’t worry, because according to Paula, Elaine is very “savvy”.

Despite it taking a lot of courage for her to come forward and finally stand above the parapet, the newcomer wants help Yasmeen and give evidence against her ex-husband.

But will Geoff finally be found guilty for his dark crimes that span more than 50 years?

For that to happen the trial has to taken place, and at the moment, Yasmeen is currently resting in hospital following a heart attack.