Coronation Street: Sarah cries as she sits at Adam's bedside

Coronation Street fans last saw Eva Price (played by Catherine Tyldesley) in 2018 when she left the cobbles in a taxi with daughter Susie Price. The Rovers Return barmaid decided it was time for a fresh start and moved to France to live with her mother, Stella Price (Michelle Collins). There has always been speculation about Eva’s return, and with her half-sister, Leanne Battersby (Jane Danson), struggling to come to terms with a life without Oliver Battersby (Emmanuel and Jeremiah Cheetham), could she return to Weatherfield? The actress who plays Eva spoke out about a potential comeback storyline.

Eva endured a lot during her time on Coronation Street; from finding out she had a sister in Leanne, to her notorious relationships with Nick Tilsley (Ben Price) and Aidan Connor (Shayne Ward).

In 2017 as payback for Aidan’s affair with Maria Connor (Samia Longchambon), Eva faked a pregnancy and conspired with Adam Barlow (Sam Robertson) to have the factory stripped bare, causing her boyfriend to lose everything.

Eva eventually forgave Adam in time for their wedding but did not forget what he did – however Adrian did not reciprocate and they split up.

She then found out she was pregnant – for real this time, and gave birth to Susie nine months later. 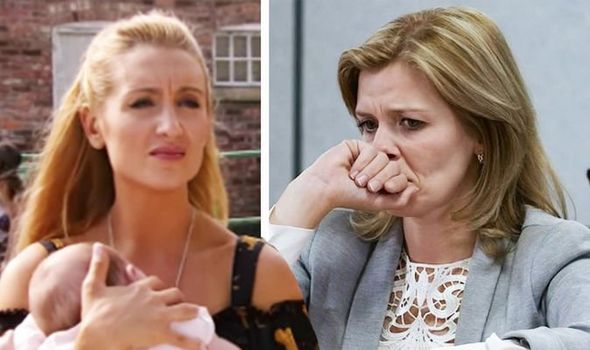 We will use your email address only for sending you newsletters. Please see our Privacy Notice for details of your data protection rights. Coronation Street spoilers: Toyah’s fostering betrayal exposed

As Eva didn’t want the baby, she struck a deal with Toyah Battersby (Georgia Taylor) to pass her off as her and Peter Barlow’s (Chris Gascoigne) through a surrogate, but the agreement broke off and Eva left for France following Aidan’s tragic death.

It was a difficult decision for Catherine to leave Coronation Street, but the actress wanted to take on new opportunities.

But what does the future hold for the actress? Could a comeback be on the cards? 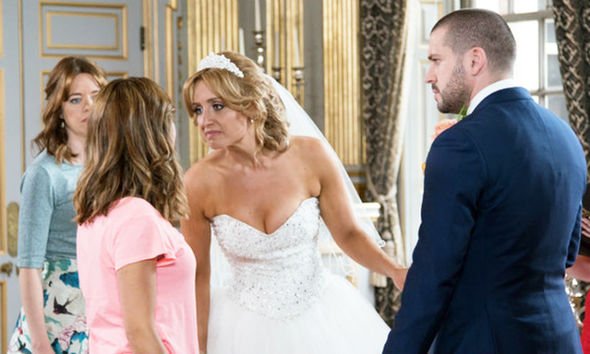 Catherine spoke to Steph McGovern on her Channel 4 show earlier this week and said: “I’ve been a fan since I was a little girl.

”Of course, at some point [I would return].

“Corrie is so close to my heart, [so] if the opportunity came up in the future, absolutely,” she said during her appearance on Steph’s Packed Lunch. 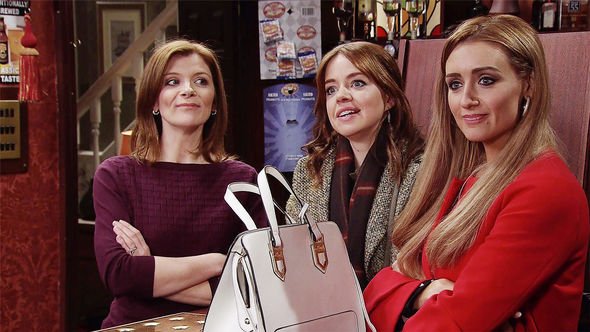 As for how she would return, perhaps she is the only one who can scoop Leanne up and help her deal with her grief.

Over Christmas, Leanne told her family she was going to leave Weatherfield for France, but fans will tune in to see her wallowing in her flat alone.

Should Nick contact Leanne over the festive period and not get an answer, will he ring Eva to find out his estranged wife isn’t abroad?

Fans have spoken about Eva and Stella’s lack of involvement in Oliver’s storyline.

“#Corrie always just misses the mark with serious storylines. How could Leanne go through all of that so publicly without Eva, Stella, Les or Janice showing up for support?!” One remarked on Twitter.

“I wish Stella and Eva could come back. They were great characters. That scene where Stella pulled Sunita’s hair out over Karl was amazing,” Someone else remarked.

Coronation Street airs Monday, Wednesday and Friday’s at 7.30pm and 8.30pm on ITV.