Corrie: Simon Barlow speaks to Kelly about his new job

Kelly (played by Millie Gibson) has been struggling to come to terms with the fact her father Rick Neelan (Greg Wood) might never return to Coronation Street after mysteriously disappearing a couple of years ago. The youngster has also been trying to spark up a romance with Simon Barlow (Alex Bain) but to no avail, as he continues to help his mother Leanne Battersby (Jane Danson) through her grief. With all this going on in her life, newcomer to the ITV soap Jacob (Jack James) could have preyed on her vulnerabilities. As his own secret emerges on screen later this week, has Kelly got herself into an inescapable situation?

The teenager’s link to Jacob was teased after he’d just helped Simon with some financial relief as the fish and chip shop delivery boys spoke about their troubles.

As the former was about to head out on another dispatch, Kelly bumped into the boys and seemed rather uneasy.

Clapping her eyes on the newcomer, the schoolgirl had to do a double-take as she couldn’t believe she knew him.

Simon clocked the awkward exchange as after his colleague rode off on his bike, he asked his love interest how they knew each other. 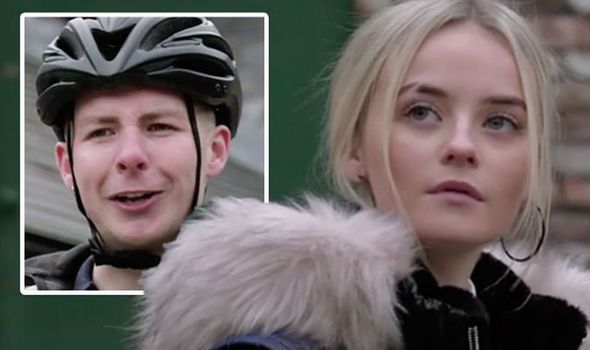 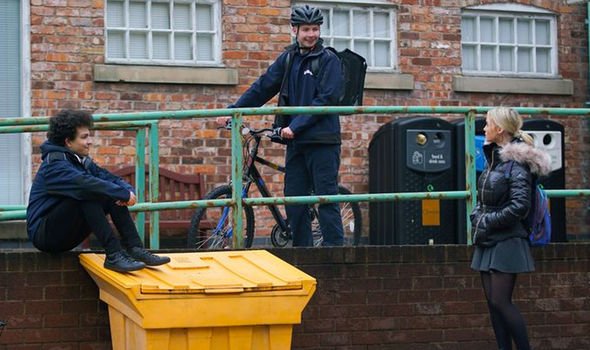 “He’s got my back,” Simon continued, with his love interest unsure if they were speaking about the same person.

“Is that right?” she asked, to which the fish and chip shop delivery boy replied: “Yeah, we have a laugh. Beats sweating in a kitchen.

Trying to flirt back, the schoolboy added: “You ever want a cheeky takeaway, direct message me. I’ll give you mate’s rates.” 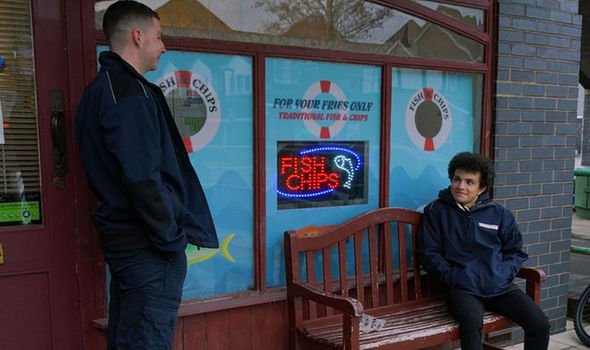 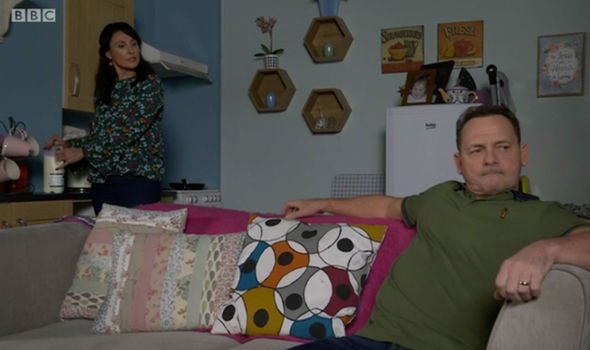 Clearly deterred from accepting anything from the newcomer, the schoolgirl replied: “From you and Jacob? I’ll leave it.”

As she walked away from Simon, it was clear the youngster was shaken from seeing the mysterious character.

Later this week, it will be revealed Jacob is in fact a drug dealer and he is going to use his new colleague to run some orders for him.

It will seem the schoolboy is the only teenager tied up in the criminal world but could Kelly already be locked in?

Before his introduction during Monday’s episodes, Jacob could have groomed Kelly as he knew how vulnerable she was.

Preying on her, the newcomer could have then shown her a way she could get some extra money and promised her a better way of life as a result.

Therefore, the teenager might have been dealing drugs for several weeks but she could be clicking on to how dangerous the criminal organisation that Jacob has got her involved with really is.

As her love interest becomes embedded deeper within the County Lines plot, will she warn him to keep away from Jacob for his own safety?

Speaking with Express.co.uk and other publications, he said: “We’ve got a huge story [in 2021], for which we’re laid the groundwork for last year, which involves some of the younger characters.”

“It would be weird to say that I’m excited about it because it’s incredibly sad and tragic, in some respects, but it will be a really important story for us next year.”