Coronation Street previously announced Tracie Bennett would be reprising her role of Sharon Bentley. The troublemaker – who was last seen in Weatherfield back in 1999 when she attempted to sell the Kabin from under Rita Sullivan’s (played by Barbara Knox) feet – is going to return with a sob story. But is Sharon up to her old tricks and could fan favourite Rita end up penniless?

In upcoming scenes of the popular ITV soap, Brian Packham (Peter Gunn) takes a call and is told Rita has been nominated for a Golden Hart Award.

He assumed it’s a hoax call with one of Cathy Matthews’ (Melanie Hill) trolls just stirring up trouble.

But it isn’t long until the caller rings back and confirms the award is genuine, leaving Brian relieved the trolls are finally leaving Cathy alone.

Later on that day, Rita is joined by Gemma Winter (Dolly Rose Campbell) and after a few minutes of chatting, they are interrupted by the arrival of Sharon. 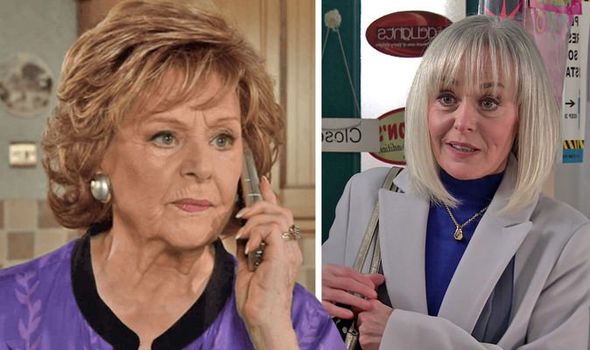 The familiar face explains how Rita’s fostering skills have earned her recognition and Sharon adds an apology for the way she treated Rita all those years ago.

When the ladies walk into the Rovers Return later that day, they spot Sharon sitting comfortably at the bar discussing what has happened in her life since she last walked the cobbles.

Sharon explained she had cancer and her partner Ian ran off with a woman he had met on the internet.

Jenny Connor (Sally Ann Matthews) overhears and Rita introduces her to Sharon, explaining how Jenny was another of her foster children.

While Sharon is pleased to meet her ‘sister’, Jenny gives a frosty reception and when she gets the opportunity, pulls Gemma aside as says Sharon can’t be trusted.

The landlady suggests Sharon is out to steal Rita’s money and the nomination for the award is simply a ploy to get closer to the older lady once more. 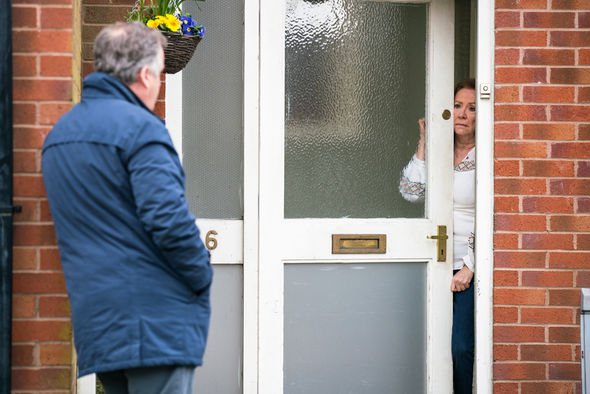 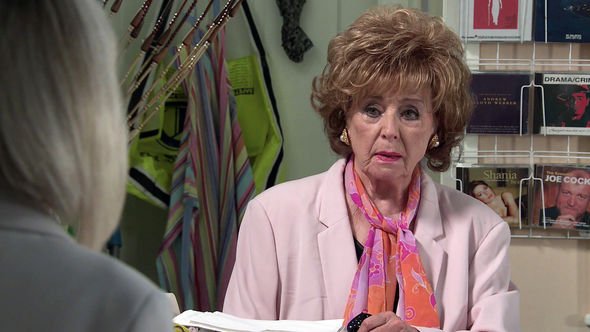 It soon emerges that Rita didn’t win the award and she is left feeling disheartened.

Realising how quickly Sharon has upset Rita, Jenny and Gemma take the newcomer to one side and make it clear to her that they won’t let hurt Rita anymore and she needs to leave.

Rita overhears the conversation and later explains she is aware of Sharon’s behaviour and how it can seen manipulative, but argues everyone deserves a second chance.

As a result, Jenny and Gemma are suitably chastened and in order for everyone to behave amicably with one another, Rita insists Sharon Jenny and Gemma gather in the Bistro for peace talks. 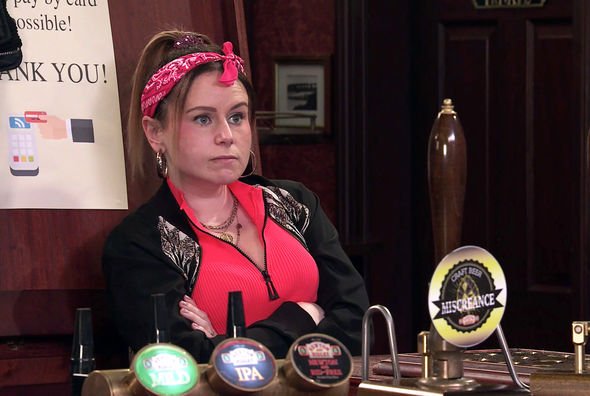 Agreeing they all feel like Rita’s daughters, the trio decide to bury the hatchet and try to get along.

But it isn’t long before Sharon is turning on the waterworks, explaining her brother Wayne died and she’s terribly lonely, thus leading to Rita suggesting she move in and live with her for a few weeks.

While Sharon is thrilled, Jenny and Gemma are wary. What does Sharon really want from Rita?

Could the returnee be after Rita’s decades worth of savings and her business?

It comes after the actress who plays Sharon spoke out about being signed to the show once more.

Speaking in a video she shared on Twitter, Tracie said she was unable to tell fans how long she was going to be around for.

“When I say long script, I mean long term, because it’s a long storyline,” she did say.

“Thanks to ITV and Jonathan Harvey, whose idea it was in the first place.”

It was revealed Tracie was approached about “coming back about 18 months ago”.

“I was keen and excited to see what was in store but my work schedule and then the pandemic has meant that it has taken till now for it all to come together,” the actress said.

“I am so pleased that I can finally tell everyone as it has been hard trying to keep the secret.”