Sally Metcalfe (played by Sally Dynevor) isn’t taking any chances at the moment on Coronation Street and has made a pair of marigold gloves a staple with all her outfits. And for good reason considering the pandemic. But, fans have been spotting the strange places she has been wearing them and taken to Twitter to discuss.

The cast of Coronation Street went back to filming a couple of months ago now, with very strict rules in place.

But, Sally isn’t taking any risks and seems permanently attached to her marigold gloves to keep away coronavirus.

Despite her family being in utter turmoil as the Weatherfield residents get closer to finding out just who Geoff Metcalfe (Ian Bartholomew) is behind closed doors, it is the gloves fans are obsessed with.

Over the last couple of weeks though, fans have been left in stitches over the places Sally has worn her marigolds. 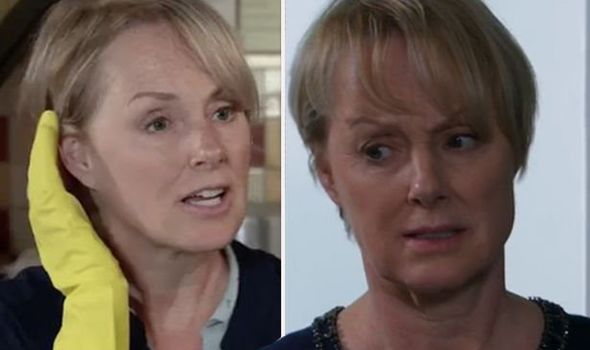 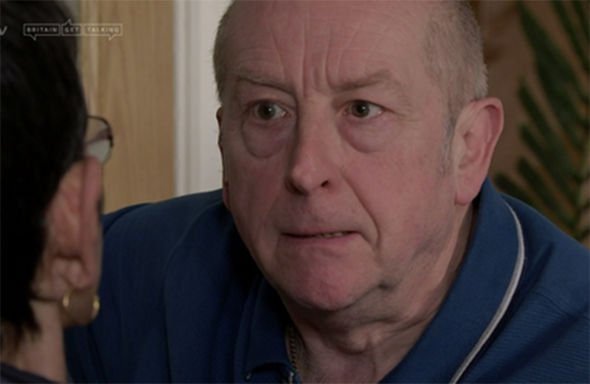 A couple of weeks ago, for example, Sally was in the midst of a very serious conversation in Roy’s Roll with Elaine Jones (Paula Wilcox), but fans struggled to pay attention when all they could see were her gloves.

“I love the way Sally wears marigolds wherever she goes now #Corrie,” explained one viewer.

Another added: “Sally’s attached to those marigolds #Corrie.”

“Sally and her rubber gloves though #Corrie,” uttered a third. 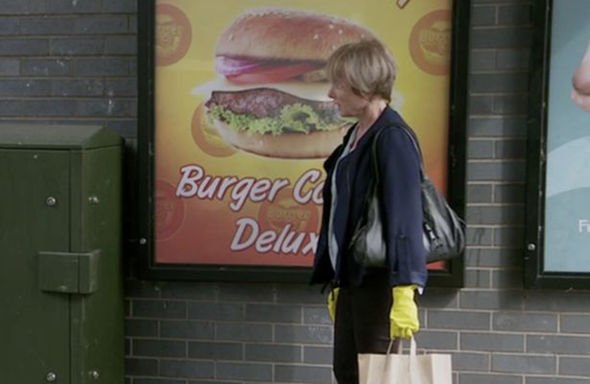 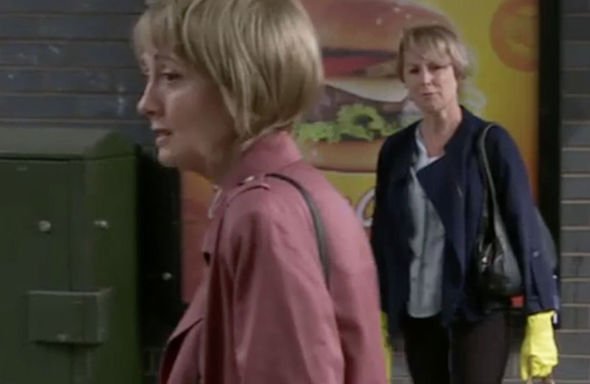 A fourth added: “Love Sally rocking the old gloves,  the yellow combined with the green coat is inspired. #Corrie.”

And one more noticed: “Sally’s hands must be sweating in those marigolds #Corrie.”

But, to be honest, in such a dirty battle with the vile Geoff at the moment, the gloves won’t be doing any harm.

Sally was one of the many people unsure if she liked Yasmeen Nazir (Shelley King) or not at the beginning, despite her being abused behind closed doors.

Thank goodness she came around and has been fighting the poor woman’s corner ever since.

Sally and Alya Nazir (Sair Khan) newest issue is that the young woman still works in Speedy Dhal with Geoff, and if she walks away from the business, Yasmeen may have nothing left.

When Sally offered Alya the wedding money Geoff had gifted her, she realised it actually belonged to Yasmeen.

Tonight though, Sally will confront Tim Metcalfe (Joe Duttine) once again to try and get him to understand Geoff never had good intentions when he gave them the money for the wedding.

But, when will Tim finally realise his father is a monster? And will it tear Sally and Tim apart in the process?