Shona (played by Julia Goulding) and David (Jack P Shepherd) have been getting their relationship back on track after a year of ups and downs on Coronation Street. Although they’ve both been tempted to cheat on one another, their deep-rooted connection seems to have kept the pair together even though the former has no memory of her life with her husband. Recent scenes on the ITV soap have seen her become supportive to teenager Simon Barlow (Alex Bain) as he’s been dealing with the death of his brother, Oliver Battersby (Emmanuel and Jeremiah Cheetham) but could his grief lead him to try his luck with the married woman?

Upcoming scenes will see the youngster left without the support of his mother as Leanne Battersby (Jane Danson) plans to take a break from life on the cobbles.

This means the teenager goes to stay with his father Peter Barlow (Chris Gascoyne), who soon discovers his partner Carla Connor (Alison King) had a one night stand with his nephew Adam Barlow (Sam Roberts).

Unfortunately, this means the alcoholic hits the bottle and seeing his parent in such a state could leave Simon more vulnerable than ever.

Furious with the factory boss for causing the stalwart’s relapse, the grieving character reprimands her for her behaviour.

Later, he and David’s wife are seen enjoying some cocktails in the bistro after stealing the keys from Ray Crosby (Mark Frost) but they get locked in when they misplace them.

With Shona also set to have some marital issues over the Christmas period, she could become more of a support to the youngster. 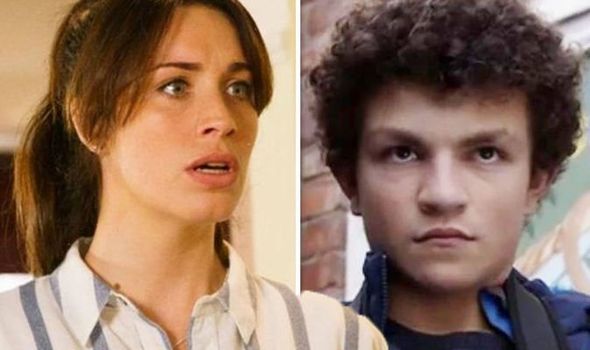 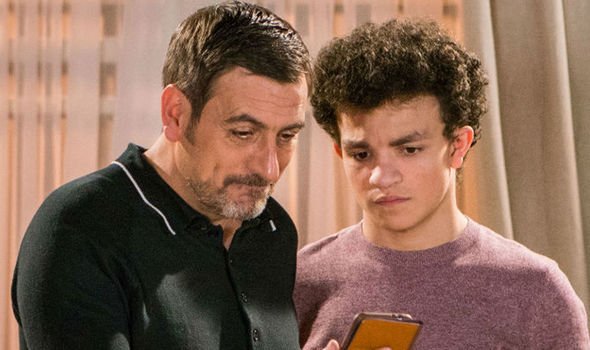 As they share their troubles with one another, Simon’s grief could cloud his judgement and he could lean in for a kiss.

Feeling rejected by her husband, the mother-of-one could allow the teenager’s advances to play out as her spouse hasn’t wanted to have sex with her since she was shot last Christmas.

Although there is a big age gap between the characters, Shona’s immature attitude could make her more susceptible to falling for the youngster’s charms.

This would be the biggest betrayal she had ever committed against David, but will an affair commence as she actually ends up falling for the grieving Weatherfield resident? 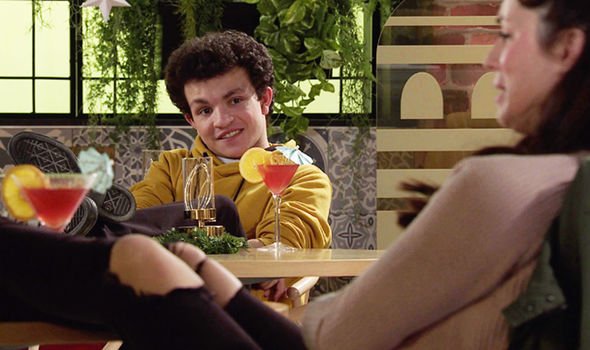 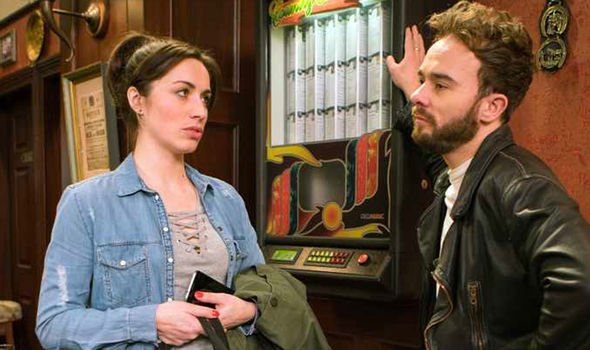 No Simon. Don’t fall for Shona

Fans have recently taken to Twitter to theorise an affair between the characters after noticing a spark between them.

One viewer wrote on the social media platform: “I smell a new story! I think Simon will become infatuated with Shona #Corrie #youreaditherefirst.”

Another added: “You can tell Simon is starting to fancy Shona #Corrie,” whilst a third commented: “No Simon. Don’t fall for Shona. She’s married and old enough to be your mum #Corrie.”

“This is a strange friendship Shona and Simon? #Corrie,” a fourth remarked with a fifth posting: “Simon and Shona!? Surely not! #Corrie.”

Following her return to the cobbles earlier this year after attending a rehabilitation centre to treat her memory loss, Shona has been somewhat of a different character.

The mother-of-one has been more forthcoming, especially with David, and less sensitive to the situations happening around her.

It seems some viewers haven’t been impressed with her personality transplant and actress Julia, 35, has spoken out about the backlash she has received.

“It’s been jarring for some, others have been incredibly supportive. Some people love her, some want the old Shona back,” the soap star explained.

“I hope the audience will fall back in love with her. She seems nasty but she’s not it’s because of the brain injury. I’m rooting for her to be taken to people’s hearts again,” Julia added.

“Obviously it’s very rare for an actor to be able to play a completely different character in a long-running soap, and it’s been fabulous.

“At first, it was really difficult; obviously we did lots of research about the specifics of Shona’s brain injury.

“As serious as the situation is, and her injury, we are able to have some fun with it as well,” she added, but could her change in character lead her to betray her husband?