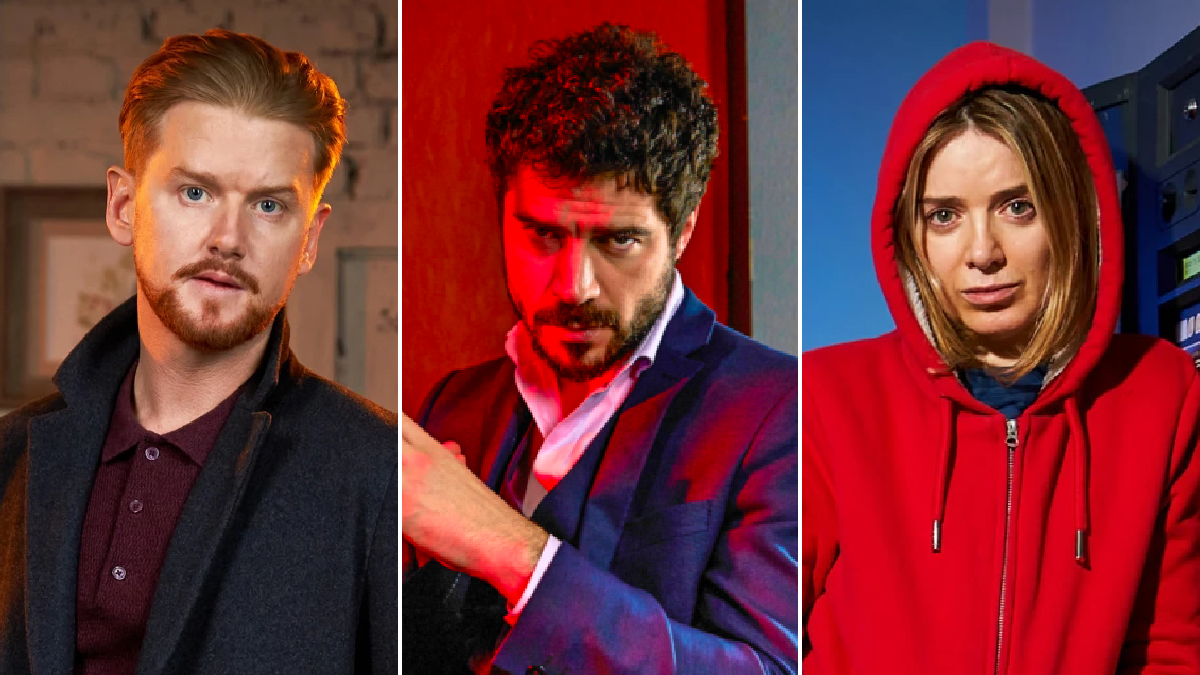 Death, drama and destruction lie ahead for the residents of Coronation Street, as the ITV soap takes up a new slot in the schedules.

From March 7, the popular serial will air three hour-long episodes a week – on Monday, Wednesday and Friday at 8pm.

Secrets, lies and liaisons are at the centre of the cobbles this spring, causing problems for the street’s residents in a dramatic season of must see storylines.

After a heartbreaking year, Abi Webster (Sally Carman) could be forgiven for thinking it is finally time to put everything behind her and focus on her new life with Kevin and Jack.

But the past has a habit of catching up with you and when Kevin Webster (Michael Le Vell) finds out about her one night stand, Abi reverts to type and presses the self-destruct button.

A special episode airing on Sunday March 6 will see the cobbles icon find herself in a high speed stolen car chase.

Dumped by the side of the road drugged up and in agony she calls an ambulance and is rushed to hospital where she has a life changing decision to make. Are the mistakes of Abi’s past about to change her future forever?

Adam Barlow (Sam Robertson), meanwhile, is a man who has made many mistakes and never paid the price – until now, that is!

The irony of the whole situation, however, is that he looks set to lose everything for something he hasn’t actually done! Scheming Lydia Chambers (Rebecca Ryan) ups the ante, holding all the cards necessary as she turns Sarah (Tina O’Brien) against him.

When Lydia gets him arrested it looks like he may be about to lose his liberty and his career but as the vendetta continues, will his life also in danger?

Elsewhere, Gary Windass (Mikey North) has spent the past two years getting away with murder – quite literally! But terminally ill Laura Neelan (Kel Allen) is determined to find out once and for all what happened to her ex Rick (Greg Wood), which means the the clock is ticking for the former loan shark!

Laura’s desire to find out the truth about Rick’s vanishing means that Gray is forced to answer some very tricky questions and when news reaches him of a new building development planned for the very place he buried Rick’s body, it looks like his once well-placed house of cards is about to come crashing down.

Daisy Midgeley (Charlotte Jordan) is known for keeping her cards close to her chest but when it comes to affairs of the heart she is not afraid to play dirty to keep her man Daniel Osbourne (Rob Mallard).

The couple are in a good place, and with sparks flying left, right and centre, it looks like Daisy has finally got her happy ever after. That is, until Nicky Wheatley (Kimberly Hart-Simpson) rocks up on the eponymous street!

With Nicky determined to stick around, even applying for a job at Daniel’s school, how will Daisy react when she discovers the truth about Nicky’s past life?

Coronation Street Producer Iain MacLeod said: ‘It’s an exciting time for the show and these stories will propel us into the hour-long era with a bang and all the characteristic drama, humour, twists and intrigue that Corrie viewers have come to expect.

‘We’ve got riotous romantic intrigue for Daniel, with deliciously dastardly Daisy pulling out all the stops to keep her man. We’ve got the uber-complex Gary, who has finally turned his life around and is atoning for his sins with Kelly, only to find himself facing a final reckoning with the ghosts from his past.

‘And we’ve got heart-stopping, high-stakes drama for Sarah, featuring a knife-edge showdown between Adam and his tormentor Lydia, which will leave you wondering which one’s the bad guy. All of this in one big serving per night. What’s not to love?’